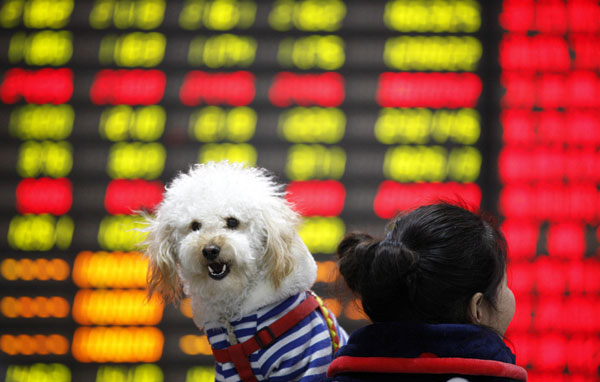 2018 will see some important milestones, most notably the 100th anniversary of end of the Great War. In addition, for the UK, it will be the 70th anniversary of the foundation of the NHS. In the field of entertainment, it will mark Led Zeppelin’s 50th anniversary.  In sport, 2018 will see the Winter Olympic Games to be shortly held in South Korea and the FIFA World Cup in Russia but the event will be missing Holland, Italy and the USA amongst others.

Interestingly, 2018 is the year of the Dog in the Chinese Zodiac. Is this going to be a beneficial year for President Donald Trump? Or will the Dog Year, be an unlucky one for the only American president, who has no dog?

2017 was another rewarding year for investors with central bankers in supportive mode and many markets at record highs. Can the good times continue or, in 2018, like Led Zeppelin’s 1969 hit, could central bankers become a ‘Heartbreaker’?

The global economy and risk assets have benefited from central bank stimulus measures. However, we are starting to see a strategic shift by some central bankers from stimulus to policy tightening. 2018 is expected to be the tipping point away from QE. The Bank of England increased interest rates for the first time in ten years and despite the challenging background may see pressure build for another rate hike should inflation not subside. The US Fed is on the path to normalisation of monetary policy and the main question is how many further interest rate increases will there be in 2018, possibly three or more? In Europe, with the economy recovering it can only be a matter of time before the ECB blinks and has to do more than the current ‘dovish taper’. The German Bundesbank is already getting very hawkish and worries that some economies are overheating.

Politically, 2017 was a heartbreaker for many politicians including Theresa May and Angela Merkel. There has been a clear voter backlash against the political elite and the immigration issue has presented clear challenges. The EU and Spain are facing another challenge following the recent vote in Catalonia. An Italian election in March 2018 is likely to be another milestone for the EU or should that be kilometre stone? Even Poland is now on the EU ‘naughty step’ alongside the UK!

2018 will be a key year for President Trump. US equities have reached new highs with his tax reform programme pushed through at the end of 2017. However, Robert Mueller’s inquiry into Russian election interference continues, and Trump also has to deal with North Korea. There are also the midterm elections in November. Will he have time to press on with the rest of his ‘America First’ programme, particularly infrastructure investment?

Elsewhere, around the World, there are some questions over whether China is slowing. Growth in 2017 was better than expected but questions remain over 2018. Actions to address shadow banking and asset bubbles as well as air pollution may slow the economy. However, the Chinese government is likely to continue to manage the growth rate, as they have done before.

Sadly, the world remains a dangerous place with terrorism an-ever present threat. Geo-political tensions in the Middle East and Korean peninsula, as well as a new ‘Cold War’ and cyber-attacks are also something that investors will, no doubt, have to continue to accept as day-to-day risks.

Global economic growth projections still look healthy with one notable laggard which we hate to say is the UK. While the UK economy has proved more resilient than expected, nonetheless, consumers are facing the longest fall in living standards since records began. Elsewhere, the US is moving forward, as is Europe and even Japan appears to have come back to life. We wait to see the impact of tax reform on the US economy, as well as the repatriation of American company cash back to the USA. With the higher oil price and synchronised global growth, the pressure on inflation is rising. Again, the exception looks to be the UK where, we saw inflation rise earlier due to Sterling’s fall on the Brexit vote. With major global industries such as oil and mining having focused on cash generation and de-gearing, corporate investment has been weak. A continued pick-up in global growth could use up spare industrial capacity pretty quickly. This could be inflationary adding to the pressure on central bankers to tighten policy.

For UK investors, Brexit will no doubt continue to dominate headlines. We are moving into phase two, the key transition period trade talks. The UK government has to come up with a solution to the Irish border issue. PM Theresa May has to walk a tightrope trying to keep all factions of her party happy. Can she satisfy the soft Brexiteers and the hard Brexiteers as well as the DUP? There is still a risk, albeit lessened, that her government could fall apart, leaving the door ajar for Jeremy Corbyn.

One factor which should continue to be supportive of global equities is M&A activity particularly given Trump’s tax reforms in the USA. The value of deals pushed past $3trillion in 2017 for the fourth straight year. Meanwhile, some European activist shareholders suggest Brexit has made the UK a more attractive hunting ground given Sterling weakness, good standards of corporate governance and rational behaviour of company boards.

Predicting exactly what global markets will do in 2018 is a bit like weather forecasting. Whether it’s sunny or wet, we will continue to select experienced company management teams and fund managers that can deliver growth in challenging or thriving conditions or as Led Zeppelin sang, whether its ‘Good Times Bad Times’.

Finally, I’m looking forward to the World Cup but hope England don’t end up in a penalty shootout against Germany as that would, on past experience be a heartbreaker!