Everything Remains on the Table 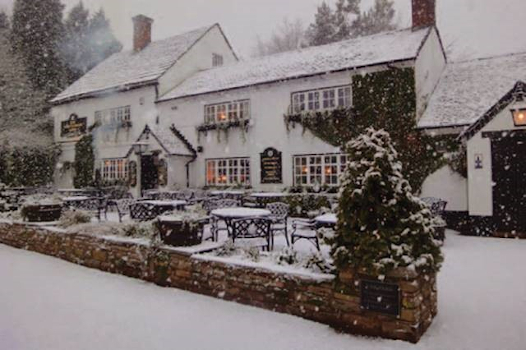 Pubs and restaurants reopen, shame no one booked the weather.

To say the BBC is not China’s favourite broadcaster would be an understatement, particularly given its investigation and allegations into the treatment of the Uighurs.

The BBC has upset the Chinese authorities further through its excellent, but chilling documentary series ’54 Days’. The first programme covered the Covid-19 outbreak in Wuhan and the second covered that in America. The basic conclusion was that the outbreak in Wuhan was much earlier and more widespread than officially recognised on the 31st December 2019. In the US, the lack of early testing was frightening and the programme suggested the New Orleans’ Mardi Gras might have been a global super spreader event.

The recent publication of the much-anticipated report from the WHO investigation into the origins of the Covid-19 outbreak in Wuhan, suggested it’s probable the virus originated in a bat or pangolin before making the leap to people. The report also said that it is ‘extremely unlikely’ the highly transmissible virus escaped from a laboratory in Wuhan. However, ‘all hypotheses remain on the table’ according to the WHO’s director general.

While the US and UK have made great progress on mass vaccination, from a global perspective, the vaccination programme is far from smooth and has become extremely political, particularly in Europe. Meanwhile, although the US has a new President, it appears relations with China remain ‘frosty’ particularly over Hong Kong, Taiwan, technology and Covid-19. In response to the WHO report, the US and 13 allies including the UK, South Korea and Australia have voiced concerns over the findings of the report. The WHO said its mission to Wuhan was ‘significantly delayed and lacked access to complete, original data and samples’. Given the death toll and economic cost, the source of the Covid-19 outbreak is likely to remain a festering sore in relations between China and the West.

The FTSE 100 hit a one-year high while the more domestically focused UK mid-cap index hit a record high as the government confirmed the exit from lockdown in England was on course and the IMF increased its UK economic growth forecast. However, Sterling slipped below $1.38 on the news about the Astra Zeneca vaccine/rare blood clots and an alternative vaccine being offered to the under 30s. This illustrates that confidence over the re-opening of economies on vaccine rollout remains key to market sentiment.

The G20 said they hoped to come to an agreement on a global minimum tax rate for corporations by mid-2021. This appears to include a possible digital tax on the tech-giants. Governments are desperate to plug the hole in their finances from the Covid-19 pandemic and to help fund stimulus packages -taxes are going up!

US President Joe Biden said that all adults across America can get vaccinated within two weeks, sooner than expected. Vaccination eligibility has been brought forward from 1st May to the 19th April after rapid progress in vaccine rollout.  By comparison, in the UK, SAGE is expecting a ‘considerably slower’ vaccine rollout until the end of July, with the number of jabs dropping to 2.5 million a week compared to previous modelling of 3.9 million a week. However, more encouragingly, the UK has reached another milestone with the start of the rollout of the Moderna vaccine. This is another two-jab vaccine and the UK has bought enough doses for 8.5 million people. So far, 31.7 million people have been vaccinated in the UK, with 5.7 million having received two doses of a vaccine.

The Astra Zeneca vaccine has been reviewed by the EU and UK health regulators, which said that there is a possible link between the vaccine and very rare blood clots, but that for the older generation the benefits still outweigh the risks.  However, in the UK, it appears the under-30s will be offered an alternative vaccine.  In Europe, Spain and Italy will reserve the AstraZeneca vaccine for the over-60s. Meanwhile, the global Covid-19 situation remains challenging with the third wave in Europe, a further rise in infections in India while in Brazil, sadly, more than 4,000 deaths in a day have been recorded for the first time.

In the UK, non-essential retail, including shops, hairdressers, gyms and outdoor space in pubs reopen today! The PMI activity readings for March confirmed that the economy returned to expansion for the first time in three months and the composite reading of 56.3 was the strongest indicator for seven months. This optimism was also reflected on new research from KPMG and the Recruitment and Employment Confederation, which suggested the UK labour market experienced the strongest rebound in hiring since 2015.

In Europe, the PMI activity readings confirmed the region is expanding again, with an indicator of 53.1 with the manufacturing sector providing most of the impetus. In particular, factory orders in Germany were strong for a second consecutive month, with strong domestic orders +4%. Business optimism improved to a three-year high. Although the third wave continues to drive short-term restrictions in a number of European countries, the recent ramp up in vaccination campaigns continues to improve sentiment in the region.

In the US, President Joe Biden pushed his $2.25 trillion infrastructure plan as a make-or-break moment for ensuring American supremacy on the world stage against a rising China. President Biden stated that “America is no longer the leader of the world because we’re not investing. When we were investing, we were world leader. I don’t know why we don’t get this”. Meanwhile, the US Federal Reserve said it will continue to maintain an accommodative stance until its inflation outcomes are met. Any shift in policy stance appears distant, yet inflation concerns should continue to drive short-term market volatility with US PPI numbers at 4.2% on Friday, ahead of expectations at 3.8% and prior month at 2.8%. US CPI consensus, due tomorrow, suggests a year-on-year increase of 2.5%.

Finally, our thoughts are with The Queen and the Royal Family following the sad news of the passing away of His Royal Highness The Prince Philip, Duke of Edinburgh.