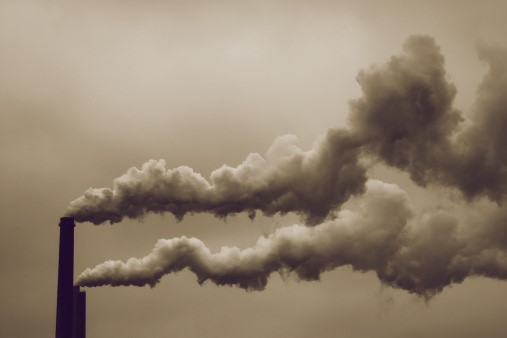 Some 147 world leaders are currently attending the COP21 UN conference in Paris to agree a new global approach to climate change. Fossil fuels and coal in particular are seen as the biggest culprit for global warming. In Beijing, the Chinese authorities have issued their highest smog warning this year as pollution readings reached 17 times the level considered safe by the World Health Organisation.

Which got us thinking. Global investors seem increasingly to be giving a ‘cold shoulder’ to coal and fossil fuel investment on ethical grounds. German insurer Allianz SE has said it will no longer invest in mining companies. Fund managers from Rockefeller Brothers Funds to religious and academic institutions such as the Church of England, and Stanford University have also committed to selling their coal investments. In Eastern Australia, home of the world’s biggest coal port, the city council of Newcastle has abandoned fossil fuel investments. In Norway, environmental group ‘Future in our hands’ has persuaded lawmakers to block the country’s $900bn sovereign wealth fund from investing in coal companies.

With the collapse in the price of many fossil fuels such as coal and oil, the economics of switching to greener alternatives for the biggest polluting countries has become more challenging. At the UN climate conference, a presentation suggested that 2,440 coal fired power stations are planned around the world before 2030 which, if built would emit a massive 6.5 gigatonnes of carbon dioxide, further lifting world temperatures. Even within Europe there are major challenges. While western European countries are accelerating their exit from coal fired power stations, their eastern neighbours such as the Czech Republic and Poland are taking steps to keep mines open for decades. The problem goes back to the Cold war when Communist bloc countries were heavily dependent upon coal. In six former Soviet-bloc countries now in the EU, coal accounted for almost 40% of energy output last year.

Global warming and coal remain a burning issue and one, where we cannot see a swift answer, but the investment outlook for coal remains very foggy.

Markets were focused on the central banks with news flow from the BoE, ECB and US Fed. The BoE bank stress tests were as expected, the US Fed looks on course to raise interest rates in December but the ECB bid to boost growth disappointed markets.

Ahead of the ECB announcement, another new phrase entered market vocabulary, the ‘Great Divergence’ to reflect the US Fed embarking on interest rate hikes while the ECB undertakes more stimulus. This was reflected in the US Dollar hitting a twelve year high against a basket of other major currencies. The ‘Great Divergence’ was also reflected in the global bond market with the yield on German two year bonds at minus 0.45%, while the yield on similar dated US debt was 0.95%. Gold fell to a five year low as the US rate rise looms.

In the UK, investors were considering whether 2015 would see a typical Santa rally. December has, over the last thirty years or so, tended to be one of the better performing months for shares but like ‘Black Friday’, perhaps some Christmas buying has been pulled forward from December into November. In addition, the ECB announcement has proved to be disappointing and may have spoiled the Christmas party while OPEC production news may overshadow the oil majors which form a large part of the FTSE 100 index.

RAF Tornado jets based in Cyprus carried out their first air strikes against Islamic State in Syria hours after MPs voted in favour of military action by 397 to 223. Germany’s parliament also voted to send military support to the US-led coalition fighting Islamic State.

BoE data underlined how consumer lending remains an important driver of growth with a healthy rise in mortgage approvals and consumer credit during October.

As expected none of the big UK banks are required to raise capital in the BoE’s 2015 stress test but the BoE Financial Policy Committee did indicate that it might raise the countercyclical capital buffer at its next meeting in March 2016 to curb growth in higher risk mortgages and consumer credit. The UK services sector expanded in November at its fastest pace in four months.

In Europe, the flash estimate of inflation in November was unchanged at 0.1%.

Expectations had been running high ahead of the ECB press conference given Mario Draghi’s previous comments and the eventual announcement did have an inevitable feel of ‘travelling and arriving’. The deposit rate cut of 10bps was slightly disappointing but the extension of QE until 2017 was longer than expected. The QE programme will include regional and local government debt but disappointingly for the market there was no increase in the size of the headline purchases. Inflation forecasts were also lowered to 0.1% for 2015, 1% for 2016 and 1.6% for 2017.

Spain’s election campaign kicked-off with voting on the 20th December which markets will watch closely given the high unemployment, anti-austerity and immigration issues currently challenging many Eurozone members.

In the USA, the recovery in the housing market continued to moderate with pending home sales only inching higher in October. US manufacturing activity slumped to its lowest level since 2009 as new orders weakened sharply given the strong US Dollar. However, other parts of the economy such as construction and car sales, confirmed the strength of the services sector and the likelihood of the US Fed increasing interest rates.

Jobs data was also better than expected. Fed chair Janet Yellen said the US economy had ‘recovered substantially’ from the post-recession crisis and was set for further inflation, laying the grounds for the first interest rate hike since 2006. If the Fed were not to increase interest rates at the December 15/16th meeting then it would be an earth shattering blow to their credibility.

China’s official manufacturing data slipped to a three year low after a fourth monthly decline, in November. Factory input prices remain in deflation territory suggesting that further stimulus measures are likely. The PBoC re-assured markets that there would be no more ‘sudden changes’ in the Renminbi, a day after the IMF voted to include the Chinese currency in its basket of reserve currencies from March 2016 alongside the Euro, US Dollar and Sterling.

Brazil’s GDP fell by a record 4.5% in Q3, as lower commodity prices mean that the country is on course for its worst recession since the 1930’s.

West Texas crude dropped below $40 and Brent dropped to under $44 after data showed US oil stocks increased for the tenth consecutive week in a row and news from the OPEC meeting. Saudi Arabia issued a lower output challenge to other oil producers but the Iranian oil minister responded by saying Iran would not be limiting its production or exports. At the OPEC meeting Saudi Arabia is believed to have been behind the move to get OPEC to drop any reference to the 13 member’s output ceiling for the first time in decades. This would appear to be a Saudi direct response to arch –rival Iran. In the meantime, disturbingly for OPEC, China has cut the cartel’s share of its oil imports from 70% in 2012 to 55%, diversifying supply to include Russia and Brazil.

Finally, will military action against Islamic State in Syria make the UK a more or less safe place? We don’t know but the UK remains a dangerous place regardless. Following on from tumble dryers last week, we learn that trading standard officers have seized more than 15,000 hover boards, otherwise known as self-balancing scooters and no doubt one of Christmas 2015 ‘must have gadgets‘. These have been declared unsafe due to the danger of overheating, exploding or catching fire and here was I thinking it was due to the risk of being mowed down by a teenager on a hover board while walking to get the Sunday newspapers!