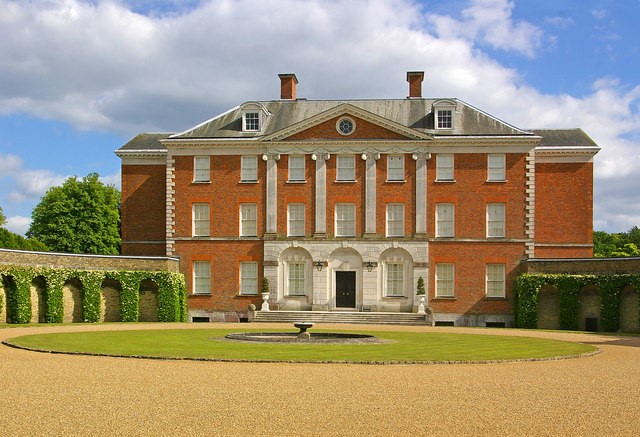 Closer to home Theresa May has announced, Boris Johnson, David Davis and Liam Fox are to share the Foreign Secretary’s official country residence in Chevening. In a move that reflects the forward workings of the secretaries of state – ‘engaging with and hosting foreign visitors and leaders’. Having to share the 115-room mansion for official duties must be rather irksome and could no doubt cause the odd diplomatic issue, unless strict protocols can be adopted. Lucky we have the ‘Master of Diplomacy’ Boris, in charge.

While there is uncertainty surrounding the short-term impact on the UK economy from Brexit, longer-term it could be better if politicians can steer the UK economy unhindered, towards the faster growing regions of the World. Only time will tell how successful trade negotiations evolve between the UK and EU as well as the UK and rest of the World. Sterling’s fall should aid our competitiveness in the world and help to re-start balancing the economy while lower corporate taxation could attract inward investment.

Despite terror attacks and geo-political turmoil, markets continued to be supported by hopes of further supportive measures from central banks including the Bank of England, ECB and Bank of Japan. The UK market was also supported by last week’s Softbank acquisition of ARM, with investors considering which other UK strategic assets might fall into the clutches of other overseas buyers. Theresa May’s meeting with Angela Merkel also re-assured the market that the UK had some breathing time before implementing Article 50 to trigger the start of the formal Brexit process. European bank shares also recovered following supportive comments from the ECB.

The IMF downgraded its global growth forecast for this year and next to 3.1% and 3.4%. These new forecasts assume that the UK and EU negotiate a deal that does not lead to a large increase in economic barriers. The IMF estimates that a breakdown in talks would reduce global economic growth to 2.8% in both 2016 and 2017. Unsurprisingly it was the UK which bore the brunt of the downgrade with growth downgraded from 1.9% and 2.2% for 2016 and 2017 to 1.7% and 1.3%. The UK stock market took this news in its stride as about 65% of FTSE 100 revenues come from overseas and Sterling weakness is driving some profit forecast upgrades.

In the UK, investors continued to scan post-Brexit surveys for clues to the potential impact on the economy. Accountants Deloitte reported that more than 80% of the finance directors of the top 350 listed companies in the UK expect to reduce capital spending over the next 12 months. The British Retail Consortium suggested that the number of shoppers visiting UK high streets declined at the fastest pace in two years in June although the weather was not helpful. Rightmove revealed a decline in asking prices for property, especially in London, although prices in the capital were already looking stretched relative to the rest of the UK. It’s only just over four weeks since the Brexit vote which is still too early to say precisely just how Brexit will affect the UK economy. The Bank of England has said that ‘as yet, there is no clear evidence of a sharp general slowing in activity’. Let’s face it, most Brits are looking forward to summer holidays and have been enjoying the brief heatwave rather than worrying about Brexit.

By the end of the week we saw poor data from the UK in the form of UK manufacturing and services PMIs for July. With the numbers, in aggregate, falling to levels not seen since 2009. Whilst such numbers potentially signal a recession in the UK, it may be that when the surveys were answered respondents may have succumbed to an element of knee-jerk panic post the Brexit result. Therefore whilst worrying, it still remains too early to reach a conclusion on the health of the economy post the referendum. Nevertheless the survey will give the Bank of England plenty to think about at its meeting on 4th August, which is very likely to see some form of supportive action.

UK inflation data in June came in ahead of expectation with CPI inflation up by 0.5%. The June survey would have related to pre-Brexit period so would not have captured inflationary pressure from imported goods due to the fall in Sterling.

In Europe, the ECB didn’t announce further stimulus measures but at the press meeting ECB President Mario Draghi backed the idea of a ‘public backstop’ to support banks in exceptional circumstances. Italian banks are weighed down by bad debts but the EU has put curbs on governments from using public money to bail them out.

Friday sees the results of the ECB bank stress tests. It is likely that this will yield details as to how authorities are looking to address the problems within the Italian banking sector. The end of this week also sees a Bank of Japan meeting which is widely expected to see action, although it seems unlikely that this will unveil a significant change in policy with helicopter money still remaining on the side-lines, at least for now. However the Japanese Government is set to reveal its fiscal stimulus package, with some speculating that this could be worth in excess of Yen20tn (£143.5 billion). It is likely that the coming months will see a number of countries, including the UK, increasingly looking to such packages to bolster growth.

Finally, Brexit quote of the week comes from historian David Starkey talking about the unveiling of the newly restored Henry VIII’s flagship the Mary Rose. ‘The Mary Rose is where Brexit began. It marks the first conflict between a new kind of England and an old Europe. What’s more, virtually everything on it was put together using products from outside the UK, including the bells and guns. It’s a bit like the Nissan car factory in Sunderland’.