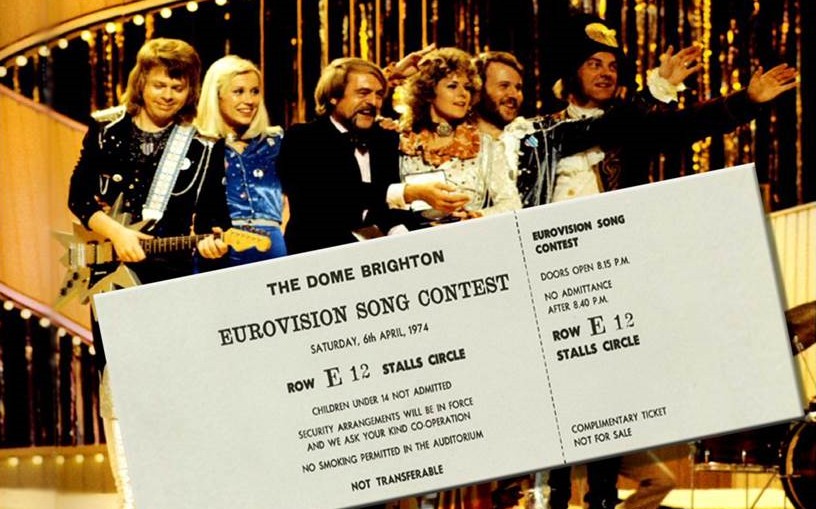 Possibly the most important vote since 1975? No, not the EU referendum but changes to the way voting will be undertaken in the 61st Eurovision Song Contest in Stockholm, Sweden in May 2016. Did you know that Eurovision even pre-dates the Treaty of Rome?

In previous years, each country’s jury and public votes were combined and announced in one go. Now the votes will be split with each country’s jury vote cast first and then votes from viewers in all countries combined and announced at the end. Organisers say this should create a more dramatic finish as the overall winner will only be revealed at the very end. In the past, the winner has been known some twenty minutes before the end of voting.

Which got us thinking about the key European vote on June 23rd. UK media and politicians are making a ‘song and dance’ about the forthcoming Brexit vote. Will David Cameron meet his ‘Waterloo’? For UK voters it’s ‘Making Your Mind Up’ time. Will the UK remain a ‘Puppet on a String’? Or will the Eurozone project end up ‘Boom Bang-a-Bang’?

What about the Eurozone if the UK were to leave? Given global investor jitters when Grexit was being considered last year, a Brexit would surely be far more disturbing for the Eurozone. In France, the far-right National front is already talking about a Frexit vote should it come to power in 2017. Europeans may be starting to think about what would happen if the UK votes to leave. In the UK, Lord Bramall the former Chief of General Staff said ‘no one appears to have given serious consideration of what damage might be done to Europe if the UK left the Union! I suggest that a broken and demoralised Europe just across the Channel would constitute a far greater threat to our future, indeed to the whole balance of power and equilibrium in the western world, than having to continue to endure some irritating and unnecessary meddling from Brussels’.

One further thought. In the event the UK was to vote to leave the EU, then the SNP which, is in favour of staying in, has already said that it would demand another Scottish independence vote to enable it to stay in or re-apply to re-join the EU!

What do equities, gilts and Sterling not like? Uncertainty. Expect plenty of uncertainty between now and June 23rd. Like the Eurovision Song Contest, will there be a dramatic finish? It is certainly going to get everyone talking about it over the next few months.

The FTSE 100 rallied over 4% last week from the previous week’s sell-off, albeit in extremely thin volume with many key decision makers away for school half-term holiday. The combination of supportive noises from some central bankers ahead of meetings in March and attempts by some OPEC members to address excess oil production seem to be the main drivers. However, against this, UK fund managers are starting to become more worried about Brexit risk which, is starting to look more than a possibility compared to a few months ago. In the event of an out vote what would be the exact process and how long would it actually take to leave?

In Europe, Mario Draghi, ECB president repeated his act again, ‘I will do whatever it takes‘ and attempted to dampen concerns reverberating around European banks. According to the minutes of the ECB’s January policy meeting, the governing council was unanimous in concluding that its ‘current policy stance needed to be reviewed and reconsidered’ in March. Markets are expecting an increase in the scale of the current €60bn QE programme and another 10 bps cut to the deposit rate to minus 0.4%.

In China, there were stories that the central bank was planning an increase in funds for infrastructure spending, while it had slightly reduced the medium term lending rate it charges banks. China’s central bank has also been given greater flexibility to adjust interest rates and currency as it will now be able to undertake ‘open market operations’, where banks are able to bid for loans from the central bank, on a daily basis rather than the current twice a week.

One of the root causes of recent market concern has been China’s foreign exchange policy and lack of communication around it. Perhaps the penny is beginning to drop with central bankers, with the G20 summit approaching, that some form of co-ordinated approach is required. The OECD is calling on world leaders for urgent action to tackle slowing growth having lowered its 2016 GDP growth forecast from 3.3% to 3%.

Oil prices picked up on news that oil ministers from Saudi Arabia, Qatar, Russia and Venezuela had agreed to limit production to January levels as long as other oil producers followed suit. Saudi Arabia and Russia are the world’s two biggest crude oil producers with more than 10 million barrels a day with the USA third at around 9 million. The million dollar question is will non-OPEC members play ball and more importantly what is Iran going to do? Iraq and Iran held talks with Iran saying that it was apparently willing to freeze production, but only once it returns to pre-sanctions levels. Iraq’s production hit a record 4.8m barrels a day in January but has avoided committing to a production freeze. If the others do not participate, then expect Saudi Arabia to keep pumping.

In the UK, CPI declined by 0.8% in January reflecting post-Christmas discounts and cheaper air fares but the annual inflation rate was up to a 12 month high of 0.3%. With the BoE 2018 2% inflation target looking a distant prospect at this stage a UK interest rate rise this year still appears unlikely. Employment in Q4 2015 hit the highest level on record, but wage growth remains subdued at 1.9%.

In the USA, the Fed minutes said that Fed officials saw increased downside risks with uncertainty increased but that data was too unclear to gauge the risks to outlook. They still expect to gradually tighten monetary policy. Very much a wait and see set of minutes with some increase caution. The futures market is now pricing in a one-third chance of an interest rate hike before the end of 2016.

Finally, news from the BBC that the world’s biggest experiment is back underway by scientists at the Large Hadron Collider and here were we thinking it was QE by central bankers!