A kite dancing in a hurricane 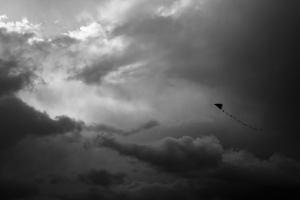 Later this year see’s the return of Daniel Craig as 007 in the latest bond movie ‘SPECTRE’, an incredible 24th in the franchise. In the trailer, Bond is likened to ‘A kite dancing in a hurricane’. Which got us thinking. This seems like a pretty good description of Greece currently. Furthermore, 007 sounds a lot like the record low yield on European bonds now that ECB QE is underway.

A recent survey of 300 global fund managers by UK investment body, the CFA, revealed that 80% thought bonds were overvalued. This scares ‘The Living Daylights’ out of us as bond yields affect the valuation of many other asset classes including equities. With the ‘SPECTRE’ of rising interest rates in the USA later this year, for global bond investors it is worth remembering that ‘You Only Live Twice Mr Bond’. Let’s all hope that bonds don’t ‘Skyfall’.

The CEO of the CFA said that the biggest concern could be the prospect of low returns for pension funds and insurance companies, rather than a rush to the exit by retail investors. No surprise therefore that many potential investors seem to view bricks and mortar as a better long term savings option although as we highlighted in last week’s Alpha Bites if interest rates and bond yields rise then all assets including houses could be at risk. The world cannot withstand materially higher interest rates hence why central bankers in the UK and USA are having to tread so carefully. In the UK, it is estimated that an average UK household would have to find an extra £1,000 if UK interest rates were to rise by 2%.

Besides too many Bond films obviously…..

Last week saw another sell –off in global equities. The trigger was a spike in oil price on an escalation in fighting in Yemen. However, it’s really still all about Greece and the path of US interest rates, while the UK election and China take something of a back seat.

Despite a cordial meeting between Ms Merkel and Mr Tsipras, Greece basically needs more bailout money but the EU continues to make it clear that more aggressive reform measures are necessary. Athens is having to raid public health and the metro to pay €1.7bn of wage and pension contributions at the end of March but after this who knows? Mr Tsipras has told other EU members that Greece is unlikely to make it until the end of April. This could be as soon as April 9th when money is due to the IMF. In the meantime, the Greek anti- austerity party is having to submit a list of reforms later this week including €3bn of privatisation and tax increases in an effort to unlock bailout funds. However, last week Greek banks saw a record €300m of deposit outflows on one day alone while Ms Merkel is under pressure from her own coalition to maintain a tough stance. In negotiating terms we appear to be ‘one minute away from midnight’.

The US economy has lost some momentum in early 2015 although part of this may be due to harsh weather conditions. However, US Dollar headwinds have been a factor for US corporates. The US Dollar had strengthened prior to the recent FOMC statement, which was viewed as ‘dovish’. However, at a presentation in London last week, St Louis Fed President, regarded as a more ‘hawkish’ committee member, had a clear message. This was that the US should get on with the normalisation of interest rate policy to avoid having to raise rates more aggressively later on causing greater market volatility. Disappointing US economic data including the latest durables data, however, is leading some US investors to believe that the first hike may be deferred from the end of Q2 and later into Q3.

In the UK, inflation hit zero for the first time on record with lower petrol and food prices although computer related equipment and furniture also had an impact. The first UK interest rate hike looks a good 12 months away.

In Europe, the ‘flash’ manufacturing PMI composite survey suggested that the recovery is gaining traction in early 2015. Germany is the clear winner from the weaker Euro with a reading of 55.3 but by comparison in France manufacturing is still contracting.

In the USA, existing home sales recovered slightly in February. Inflationary pressures also picked up a bit in February due to higher gasoline prices. US business investment spending plans were below expectation, falling for a sixth straight month in February, no doubt due to the stronger US Dollar and weak global demand.

In China, the HSBC ‘flash’ manufacturing PMI fell to an 11 month low with weakness in both exports and domestic demand. With Chinese Q1 GDP looking as if it may be light of the new guidance of ‘around 7%’, further stimulus measures seem necessary.

In Japan, the manufacturing PMI also fell in March, for the second month running. Japanese inflation data confirmed that the BoJ has much still to do with the core CPI measure falling to zero in February.

Last week Brent oil spiked up 5% to $59 on news that the Gulf Arab states led by Saudi Arabia had launched air strikes against Iran- backed Houthi rebels advancing on Yemen’s southern port city of Aden. This could prove to be a further escalation in the ongoing Sunni-Shia conflict in the Middle East with Aden a key point on the main sea-borne oil supply route to the west. However, oil subsequently slipped back to $56. This is ahead of a possible landmark deal between the USA and Iran over nuclear concessions. While some obstacles remain, particularly Iran’s intention to retain some nuclear fuel, a deal would lift sanctions on Iranian oil exports. A further issue to monitor closely will be the result of the Nigerian elections which are expected to be the tightest since the end of military rule.

Finally, UK political uncertainty has led to an outflow from UK equity exposed funds with $2.2bn having been withdrawn by global investors so far this year according to the FT. In a classic example of follow the QE, money has flowed instead into the Eurozone and Japan. While there is considerable uncertainty for a number of sectors post the general election, we don’t believe either of the main parties will wish to upset the UK housing market which has been one of the key drivers of the economy. However, political uncertainty with either the SNP or ‘Brexit’ options is likely to be reflected in further Sterling weakness which would be supportive of UK exporters and overseas earners which make up a large proportion of the UK equity market.

Talking of the UK general election, we note that the party that brought us ‘Two Jags Prescott’ now has ‘Two Kitchens Miliband’. While we don’t yet have a clear view of the likely outcome of the election, we think it is safe to rule out a Conservative/SNP alliance although the ‘Cameron Highlanders’ would have had a certain ring to it!