A lack of liquidity 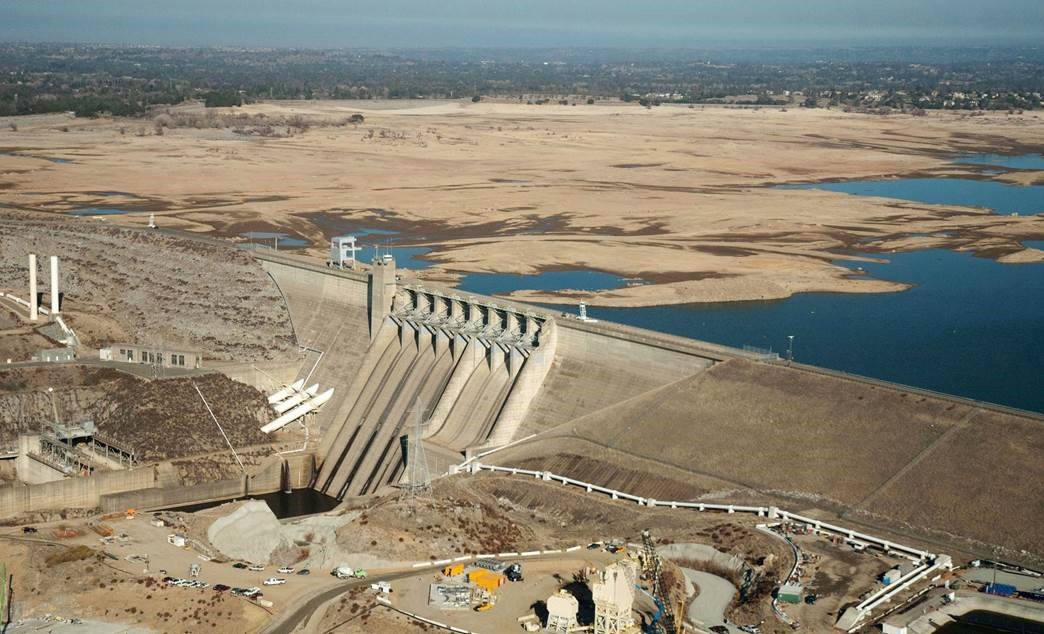 According to the US National Atmospheric Administration, global carbon dioxide (CO2) concentrations have reached a new monthly average record of 400 parts per million. As a result, global levels of carbon dioxide are estimated to be at the highest level for over 2 million years!

Which got us thinking about long-term global warming and its impact on companies. Shortage of water has recently been named as the biggest global risk in terms of impact in the World Economic Forum’s latest assessment of risks to global businesses. As the drought in California enters its fourth year, Australia, Taiwan, Brazil and Chile have also been affected, together with a number of global mining and food companies. In addition, population growth and water scarcity is a real issue for many companies. Coca-Cola recently abandoned plans for an $81m bottling plant in southern India after local farmers protested that the site would strain groundwater supplies. In Chile, Antofagasta has lost copper production due to protests from local communities over water resources.

A bit like European bond markets, it sounds as if the World is suffering from a serious lack of liquidity.

Yet again it has been comments from central bankers and currencies driving markets. An executive board member of the ECB said the Central Bank would slightly increase bond purchases in May and June. This is presumably as liquidity is likely to dry up in July and August due to the European holiday period. This ‘front loading’ of ECB QE more than countered growing concerns about Greece and pushed German bund yields lower. This, together with slightly better economic data from the USA and negative inflation figures from the UK, saw the US Dollar strengthen against both Sterling and the Euro. The Euro experienced its second biggest one day fall in three and a half years. US Dollar related commodities such as oil went into reverse on these currency movements while European exporters rose.

Elsewhere, in soft commodities, cocoa hit a seven month high over concerns about supply from the world’s second largest producer Ghana and the potential impact from the possible El Nino later in the year. Chocolate lovers be prepared!

In the UK, inflation turned negative in April for the first time on record with the CPI measure falling to -0.1% partly due to lower air fares. The market appears pretty relaxed with this, viewing it as a temporary factor as wages begin to rise rather than the start of long term deflation which would drive down prices, margins and wages.

Mind you, negative CPI is probably not good news for savers and companies with index linked income and revenue. UK retail sales rebounded strongly in April, reversing a decline in March with better weather helping clothing and footwear.

In Europe, the ‘flash’ readings for Eurozone manufacturing for May touched a thirteen month high, but the services sector slipped back slightly. Employment continues to rise. The readings for the two biggest European economies saw a modest improvement in France but Germany slipped to a five month low. Over the weekend, Spanish voters deserted the governing Popular Party in regional and municipal elections. Throwing significant support to two extreme parties that capitalised on anger over high unemployment, cuts in public spending and corruption.

In Greece, the hard-left faction of the ruling Syriza party challenged the Greek PM to reject austerity measures and pension reforms. It went even further arguing that Greece should break with lenders. The Greek parliamentary speaker warned that Greece would be unable to make a €300m repayment to the IMF on June 5th. The Greek government faces a challenging debt repayment schedule with about €2bn due to the IMF and €6.5bn due to the ECB and other Eurozone central banks between June and August. It also has to pay civil servants and pensioners. Although the government is adamant that an agreement is in sight a deal remains to be agreed. While a default would not necessarily lead to a ‘Grexit’, the likelihood would increase if it did occur. Furthermore, it would depend upon who the Greek government failed to pay –the IMF or the ECB?

In the USA, house building volume jumped by over 20.2% in March, the highest level for seven years and the largest percentage rise since 1991 helped by better spring weather.

However, existing home sales unexpectedly fell in April, continuing the recent trend of soft economic data which has raised doubts about the strength of the US recovery amongst Federal Reserve policymakers. The key questions appear to be how much the bad weather impact was and how long the strength of the US Dollar and decline in shale oil related investment will persist. From the Fed minutes, the prospects for a summer interest rate rise appear to have receded with September now seen as a possibility.

Japan’s economy grew faster than expected between January and March with Q1 GDP up by 0.6% and Japanese equities hit a new fifteen year high. However, the ‘devil is in the detail’ and most of the growth in domestic demand came from inventories while the net trade contribution was negative despite the significant weakness of the Yen.

The price of new homes across China’s seventy largest cities fell for the eighth consecutive month in April, although Beijing saw a second monthly increase while Shanghai rose for the first time this year. Markets will now be watching for signs that the latest PBoC interest rate cut can stimulate wider stability. The authorities remain in supportive mode however, announcing some $40bn of railway projects and pledging to further open up capital markets such as the Shenzen-Hong Kong Stock Connect.

Oil rose, before the US Dollar dropped in value, as Islamic State claimed control of Ramadi in Western Iraq, raising fears of more fighting near key oil fields and in Yemen, the Saudi Arabian led coalition resumed air strikes against Houthi militia.

Finally, talking of rainfall or rather the lack of it. The Royal Horticultural Society has discovered that over the past ten years the number of front gardens with gravel or paving, instead of grass has tripled and now makes up 25% of all UK properties. The trend has been blamed on the popularity of TV garden makeover programmes. So that’s Navinder Sarao allegedly responsible for the ‘flash crash’ and Alan Titchmarsh allegedly responsible for ‘flash flooding!’