A less than healthy outlook? 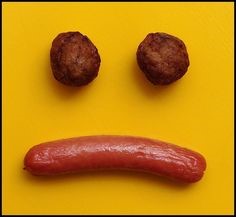 ‘You are what you eat’ is the old saying. Healthy eating, or to be correct unhealthy eating presents a challenge to healthcare budgets, particularly in western developed economies. However, in the future, eating unhealthily may start to cost you more.

Sales of bacon and sausages in UK supermarkets have fallen by over 10% in the last few weeks, since the World Health Organisation warned that eating processed meat raised the risk of cancer. Alcohol has continued to make the headlines. In Scotland, the Government went as far as to introduce legislation to increase the minimum price of 50p per unit of alcohol to deter binge-drinking.

Sugar has now been described ‘as the most dangerous drug of our time’ by the head of Amsterdam’s health service and there have been warnings from various medical bodies that sugar could contribute to both heart disease and type 2 diabetes. Estimates put the cost to the NHS of treating type 2 diabetes at £10bn a year. Treating diabetes and the associated problems are estimated to amount to 10% of the NHS budget and this is predicted to possibly double in the years ahead. A recent report suggests that two-thirds of British families have cut back on sugar consumption after health experts warned it is the new tobacco. There are calls for a tax on some food and soft drinks with a high sugar content.

All rather unpalatable. Mind you, as we mention at the end of Alpha-Bites, these days, even tumble dryers can be bad for your health!

Which got us thinking. We have to be constantly aware of changing consumer habits and their wider impact. Generally, we tend to focus on companies that are product innovative and better able to drive organic sales growth. Companies, typically have no control over outside influences such as terror alerts, adverse legislation or weather. However, they are masters of their own destiny when it comes to research and development and product innovation and thus the ability to adapt to changing consumer habits. While special dividends and returns of excess cash are always a pleasant surprise, we do like companies that invest cash in new products for the long term good of the business and shareholders.

Investors remained in cautious mood with the US market closed for Thanksgiving and the ongoing terrorism alert in Europe. An abandoned suicide vest was discovered in Paris, Brussels remained in shutdown, the US Government issued a global travel alert to US citizens and both BA and Easyjet cancelled all flights to Sharm-el Sheikh for the remainder of 2015. More alarmingly, Turkey shot down a Russian fighter aircraft on the border with Syria incurring the wrath of President Putin. This is the first reported Russian loss of life in a military engagement with a NATO member since the 1950’s. The fight against Islamic State has suddenly become even more challenging. Elsewhere the Russian/Ukraine trade war escalated as Ukraine banned Russian aircraft flights across its territory as tensions mount over a continuing power blackout in Russian-annexed Crimea.

Talking of a less than healthy outlook, Vodafone postponed a 30 year investment grade corporate bond issue to US investors in the latest sign of weakness in the fixed interest market. Elsewhere, Standard & Poor the credit rating agency, confirmed that the number of companies defaulting on debt obligations had increased to the highest level since the 2009 financial crisis. While shale oil producers had been the main culprits, the yield on ‘junk bonds’ has risen from 5.6% in early 2014 to over 8% currently. The forthcoming US interest rate rise is likely to add to the growing list of casualties.

Despite the global uncertainty there have still been some positive developments. The global healthcare sector has seen a record level of takeover activity over the last year or so. This was surpassed last week when US drugs giant Pfizer agreed to buy Botox-maker Allergan for $160bn.

In the UK, the key highlights of the Chancellor’s autumn statement were a switch in public subsidies towards building houses for owner-occupiers rather than for rental, and the announcement of two big rail schemes with Crossrail 2 in London and an HS3 link between Manchester and Leeds. The planned £4.4bn in tax credit cuts have been abandoned as economic growth forecasts have been upgraded which suggests a higher level of tax receipts giving George Osborne some ‘wiggle room’. Elsewhere, while the High Street was relatively quiet possibly due to the weather, Black Friday online sales were reported to be strong rising from £800m to £1.1bn.

BoE governor Mark Carney speaking to members of the Treasury Committee said that ‘even with limited and gradual rate increases it will be a relatively low interest rate environment’. He also declined to offer any estimated date for the withdrawal of the current extraordinary stimulus measures. Some City economists do not expect a UK interest rate rise until mid-2016 at the earliest while many feel that this could even be deferred into 2017.

Initial readings of business activity in November in the Eurozone picked up at its fastest pace since mid-2011 with a weak euro helping exporters. It remains to be seen what impact the terror attacks will have on subsequent business sentiment. While the ECB stimulus appears to be working, the pricing background remains clearly disinflationary, with average prices still declining. Reports continue to suggest that the ECB is preparing even more policy stimulus at next month’s meeting and the euro dropped to a seven month low against the US Dollar.

In the USA, October house sales continued to show signs of softening although as in the UK activity may reflect a shortage of available houses coming onto the market.

The approaching Fed decision on US interest rates saw the US Dollar index, which measures the currency against a basket of countries almost touch a new twelve year high. This is not helpful for US exporters. However, the US economy grew at a slightly faster rate in Q3 than expected with growth revised up from 1.5% to 2.1% due to less severe business de-stocking.

In Japan, PM Shinzo Abe said the government needs to raise the minimum wage by 3% a year in order to boost consumer spending.

Chinese industrial profits were down 4.6% in October, a fifth monthly decline. This data, together with measures by Chinese regulators to crack down on leverage financing, alongside the announcement of regulatory probes into several major Chinese broking firms put the skids under Chinese equities.

Commodities took another battering on concerns about China slowing with many metal prices touching fresh lows. Copper dropped to a six year low while iron ore hit the lowest level since records began in 2008. Oil did buck the trend however, as Saudi Arabia suggested it is willing to co-operate with OPEC and non-OPEC producers to maintain a stable oil market. President Putin’s warning of ‘serious consequences’ for Turkey also pushed up oil.

Finally, while the world is, sadly, a more dangerous place these days, there are still plenty of potential risks closer to home. Whirlpool, the owner of the Hotpoint, Indesit and Creda tumble dryer brands has warned that a significant number of machines sold in the last 11 years in the UK may need a repair owing to excess fluff potentially catching the heating element and causing a fire. Sounds like their public relations department is going to struggle to put a positive spin on this news!