A lot of hot air! 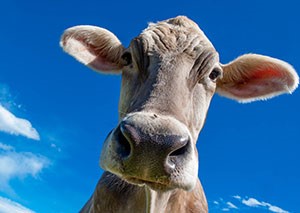 No, not the current EU referendum debate but a massive natural gas leak which happened last year near Los Angeles. This was the biggest natural gas leak in US history and in terms of global warming is thought to be more damaging than the BP oil spill in the Gulf of Mexico.

The Aliso Canyon blowout occurred last year at the fifth largest natural gas storage facility in the USA. The Californian blowout vented in October 2015 and released over 100,000 tons of methane into the atmosphere, before it was finally plugged February in 2016. Methane is highly potent as a warming gas with an effect estimated to be twenty-five time higher than carbon dioxide over a one hundred year period. Not only did residents have contend with an over powering smell of ‘rotten eggs’, but a range of other toxic pollutants

Global warming is a real and present danger. A toxic discharge on the scale of Aliso Canyon is clearly a concern. However, to put this in context, the leak is estimated to be equivalent to the greenhouse gas emissions from over half a million cars or 3.2m cows! A cow, on average, issues c. 100kg of methane a year. With 1.5bn cows on the planet, that’s a lot of methane to contend with. And there we were worrying about the VW emissions scandal!

Besides UK politicians falling over themselves to publish their tax returns online and revealing HMRC fines for late submission or overlooking the declaration of pension income!

The US earnings season got underway with investors scrutinising future prospects and the subsequent impact on the economy on both sides of the Atlantic. Positive Chinese export data eased growth fears and triggered an increase in risk appetite, pushing up equities exposed to China and most commodities including oil. The latter also received support ahead of the OPEC/Non-OPEC meeting over the weekend. The commodities content rich FTSE 100 was pushed at one point to a new 2016 high while the US S&P hit a four month high helped by US bank results.

After much hype in the lead up about the prospects of co-ordinated action, the Doha oil meeting proved a disappointment. Iran failed to even send a representative and the Saudi delegation were unable to stomach action without Iran making a sacrifice as well. Whilst oil prices weakened on the back of this, the impact was tempered by news of a Kuwait oil production cut of c.2m barrels per day, on account of public sector strikes.

With 10 weeks to the EU referendum the UK stock market appears to be pricing in no risk at all of Brexit. Interestingly 75% of FTSE 250 companies have not discussed contingency planning for possible Brexit. The stock market is still relying on the bookies, where the odds still suggest 66% in/34% out. However, polling is a lot closer and some 20% of voters are still undecided. Let’s hope, as with the general election and Scottish independence vote that the bookies are right and the polls wrong. The BoE said that uncertainty surrounding the Brexit vote could impact on growth in the UK and they are seeing signs of this most notably on capital spending by companies and commercial property transactions. The BoE added that a vote to leave would likely push down demand in the short term and lead to an extended period of uncertainty.

The IMF also downgraded its global economic growth forecasts for 2016 from 3.8% to 3.2% and for 2017 to 3.5%. Markets were not too disturbed by this downgrade given the IMF’s less than spectacular forecasting record! However, Greece appeared on the radar screen once again as progress in the bailout review appears to have stalled. The head of the IMF warned that the bailout may need to be completely re-negotiated with more realistic fiscal targets for the IMF to take part.

Following media coverage about the Tata steel works at Port Talbot, the World Steel Association forecast a further slight dip in global demand for steel due to ongoing contraction in China. Elsewhere, in the coal industry Peabody Energy, the world’s largest privately owned coal producer, filed for bankruptcy protection due to lower coal prices due in part to falling demand in China and other emerging markets. Some 40% of US coal output now comes from suppliers in bankruptcy protection. Tough times indeed for traditional heavy industrial resources and manufacturing.

The IMF added its thoughts to the ongoing Brexit debate, warning that the UK’s exit from the EU could cause ‘severe regional and global damage’. Probably of more value to the Brexit issue, were the observations from recruitment company Michael Page. It said that ‘uncertainty surrounding the UK’s membership of the EU in June does take the shine off confidence and client making decisions’. Perhaps reflecting this view, permanent job position growth was 1.6% in Q1, but temporary jobs increased by 10.6%. Elsewhere, in the UK housing market the Royal Institute of Chartered Surveyors said that its members had seen a noticeable softening of near term sales expectations following the increase in demand in the run-up to the change in stamp duty on second homes.

In the UK, estate agent Countrywide said that £28bn of home sales were completed in March ahead of the stamp duty surcharge deadline, up by 76% on the previous year. Landlords accounted for 23% of homes sold, up from 13% in the same month of 2015. Inflation was a little firmer than expected in March, but reflected a surge in ever-volatile air fares. Stripping this out, underlying inflation was broadly unchanged and there is little to alter the BoE’s outlook. The BoE’s own tracking indicator of financial market expectations for a bank rate rise have now shifted out until 2020.

In Europe, despite recent ECB action, European bank share prices have continued to underperform on debt default fears. However, one of the main areas of concern, Italian banks, received a lifeline with the Italian government setting up a €5bn bailout fund. Eurozone industrial production remained sluggish in February largely due to weak non-durable goods.

In the USA, retail sales fell slightly in March as consumers cut back on new car purchases and dining out. Manufacturing gate prices dipped modestly in February. The two sets of data are further evidence of more sluggish economic growth in Q1 and underline why the US Fed monetary policy has shifted to a more supportive mode.

In Japan, the chief financial regulator warned that negative interest rates are weakening the country’s banks which are vital for stimulating economic growth.

In China, the latest trade data was a bit more encouraging with the rate of decline in imports slowing while exports increased at the highest rate in over a year. This was followed by the official GDP data for Q1 which showed growth of 6.7%, in line with expectations and the middle of the government’s 6.5%-7% target range for 2016.

Finally, on the Brexit issue. The Electoral Commission has now selected the two campaigns ahead of the EU referendum with ‘Vote Leave’ and ‘Britain Stronger in Europe’. Unfortunately, this appears to have led to an open feud developing between the rival Brexit campaigners with the leader of ‘Grassroots Out’, insurance millionaire Arron Banks saying he is likely to seek a judicial review of the selection by the Electoral Commission. Whether we are safer in or out of Europe is not ours to say. However, we did smile at the story this week about sniffer dogs at Manchester Airport, who in seven month period failed to discover any Class A drugs, but often found small amounts of sausages carried by holidaymakers! Were security officers using Dachshund sausage dogs?