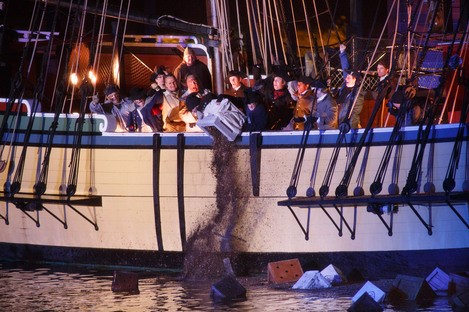 We recently read that a keen eyed shopper had noticed that Unilever has reduced the amount of tea in its PG Tips tea bags, as a pack of 80 regular tea bags now weighs 232g, down from 250g previously. Unilever, is just one, amongst a number of fast moving consumer goods businesses who have altered either the contents or size of their various branded products.

Which got us thinking. In a deflationary environment, the realities of life are that businesses are constantly having to drive down costs by re-designing products or packaging, or seeking cheaper raw materials and ingredients. When companies refer to cost savings, it is a reminder that in delivering increased returns for the business owners and shareholders that they do not upset customers, and in turn lose market share.

One only has to remember the famous quote from Gerald Ratner in 1991 which wiped over £500m off the value of Ratner Jewellers. People say ‘How can you sell this for such a low price?’ I say, ‘because it is total crap’.

Fund managers returned from the Easter break in optimistic mood albeit driven by ‘bad news is good news syndrome’. Basically, poor US jobs data appears to have deferred the likelihood of an early US interest rate rise. In addition the Greek finance minister flew to the US over the weekend to visit the IMF to reassure it that it would be able to repay a €450m loan tranche that falls due on Thursday. However, there appears to be a growing view amongst Eurozone members that the Greek PM will have to jettison the far left of his governing Syriza party to make a bail out agreement possible!

In the UK, despite the general election uncertainty, BoE lending data showed monthly mortgage approvals rising to a six month high in February. While overall consumer credit was a bit lower than in January, the overall outlook for UK consumer spending continues to improve.

In Europe, the focus remained Greece, where initial feedback form the reform proposals submitted suggested that they lacked focus on two crucial aspects for lenders, namely pension and labour market reforms. By contrast, the March Eurozone survey showed the economic sentiment index close to a four year high and well ahead of expectations. Deflationary pressures also appear to be easing with headline CPI declining -0.1% in March and should continue to do so given euro weakness and food price inflation. Signs that the weak euro is helping European manufacturers was revealed in the Eurozone purchasing manager’s index which showed that activity reached a 10 month high in March.

In the USA, comments from Fed Chairwoman, Janet Yellen stressed that a significant pick-up in core inflation and/or wage growth was not a pre-condition for beginning to raise the Fed funds rate. The USA has continued to see a series of soft economic data. US pending home sales picked up in February while consumer spending inched up also, though slightly less than expected with consumers having appeared to have saved rather than spend all of the benefit from lower gasoline prices. However, the non-farms payroll jobs data was well below expectation although around half of the shortfall could be attributed to bad weather.

In China, the governor of the People’s Bank of China suggested that policy could be eased by cutting interest rates further or applying quantitative measures to boost investment and growth to halt the emerging disinflationary trend. China’s official manufacturing PMI edged up slightly in March but the services reading dipped.

Oil recovered to around $57. Despite an Iranian nuclear deal, it sounds as if it will take time to remove sanctions with the Republican Chairman of the Senate foreign relations committee pushing for the deal to be reviewed by congress. After fraught elections in Nigeria, incumbent president Goodluck Jonathan accepted his defeat with grace. The Saudi’s also narrowed the discount on oil exports to Asia.

Finally, talking of tea, how times have changed. When we started work, every company in the UK had a daily tea trolley and regular tea breaks. That has all disappeared. However, it’s not all bad news for tea producers as the US imported more tea than the UK for the first time last year, as an increasing number of young American consumers began drinking tea rather than coffee. America and tea? We seem to recall a slight disagreement between the USA and Britain involving tea over 240 years ago!

We Brits are renowned worldwide for ‘keeping a stiff upper lip’ and ‘brewing a nice cup of tea’ in a crisis. What with Greece, US interest rates, escalation of Middle East tensions, Russia, but particularly the UK general election, it sounds as if we’re going to need a bigger tea pot!