A tax by any other name 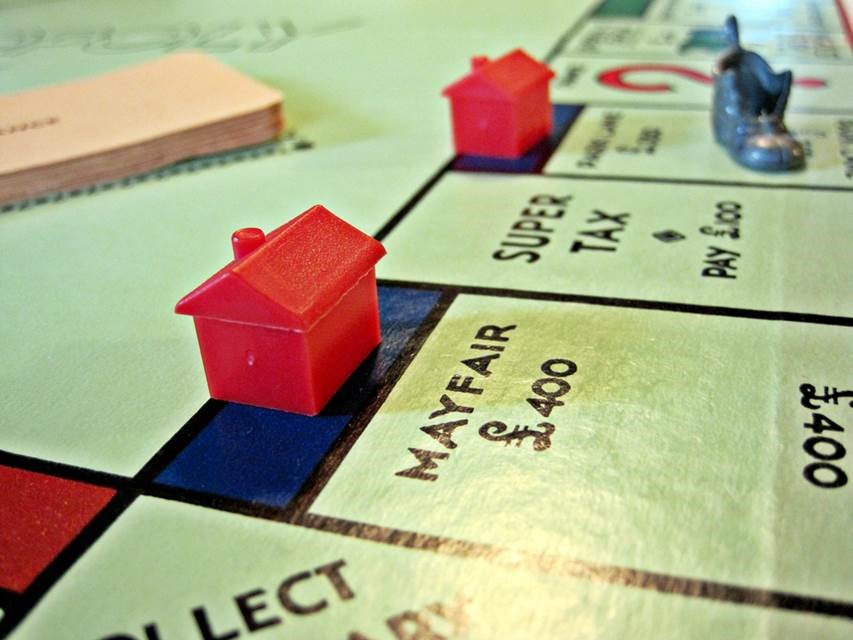 Rates are a tax on businesses. Broadly they are based on the rentable value of the commercial property in question, then adjusted by the ’multiplier’. In England, some 1.85m properties are affected by the current review.

UK businesses have recently received their latest Valuation Office Agency (VOA) proposed rateable values for use from April 1st 2017, to better reflect current market values. This is a very big and diverse change with potentially far reaching effects – both positive and negative.

In many regions, where property values have fallen since the last revaluation in April 2008, rateable values and thus business rates have fallen. Properties in Aberdeen, Leeds, Cardiff and Bristol could see the average values decrease by over 30%. However, London is paying the price for ‘runaway’ property rises and is the big loser, seeing nearly a 25% increase. The governments consultation period ends shortly and there will be ‘transitional relief’ to soften the blow.

Heathrow Airport will continue to pay one of the highest rate bills of an estimated £118m. Indeed, airports, power stations and London head offices are amongst the top fifty payers. Big London retailers such as Harrods, John Lewis and Selfridges are estimated to have seen an increase of 50%. Many of London’s leading hotels are also affected. Some UK quoted companies with infrastructure assets are also seeing big increases. For example, BT recently announced that the proposed rateable value of its infrastructure had jumped from £165m to £743m. BT announced that it felt this was excessive and intended to challenge the VOA on its method and assumptions.

No one likes paying tax. The latest revaluation exercise was never going to get universal support, has ruffled feathers and has created some unwelcome uncertainty within the economy. For many UK businesses, life was becoming more challenging following the introduction of the National Living Wage and with weak Sterling adding to the cost of imported goods. Some businesses in London and within the M25 are now facing the additional burden of higher business rates.

It is just over 100 days since Theresa May became PM. Apart from foreign holidays becoming more expensive and the recent ‘Marmite Gate’ affair between Unilever and Tesco, the FTSE 100 is still near an all-time high and most Britons are probably still wondering what all the Brexit fuss was about. With low interest rates UK consumers are still spending.

However, Theresa May is still months away from triggering Article 50 and has predicted ‘difficult moments’ ahead although she remains optimistic that she can get a deal ‘that is right for the UK’. In the meantime, those companies which export goods from the UK or have significant overseas earnings are enjoying the favourable tailwind from weak Sterling. By comparison, those companies which import goods are facing a considerable headwind as highlighted by ‘Marmite Gate’. The performance of companies within the FTSE 100 has differed greatly since the 23rd June with exporters and oversea earners significantly outperforming domestic facing companies. The USA has seen some mega-mergers announced this week. Once the US election uncertainty is behind us in early November, will US companies come shopping in the UK for businesses given the fall in Sterling?

Elsewhere, markets appear to be sensing a slight shift in emphasis from some central banks, with building inflationary pressures. The Bank of England has signalled rising inflation in the UK, and the US Fed has talked of allowing the US to ‘run hot by temporarily running a high pressure economy’. In addition, there has been vague speculation that the European Central Bank wants to rein in its QE programme, and last week’s ECB press conference was unhelpful in its lack of clear guidance.

Is the baton going to have to pass to governments to provide fiscal stimulus? This is certainly the case in the UK where infrastructure spending will be necessary to soften the Brexit impact, while the manufacturing sector invests to take advantage of weak Sterling.

The prospect of inflation and scaling back of central bank support has led to rising government bond yields. Interestingly, Norway’s $880bn sovereign wealth fund is being urged by the Norwegian government to reduce its bond exposure from 40% and invest more in equities. However, Saudi Arabia raised $17.5bn in its debut sovereign bond issue, making it the largest debt issue by an emerging economy.

The latest Brexit news saw a UK government lawyer say that parliament would very likely have to ratify an eventual agreement with the EU when Britain leaves the EU. However, the lawyer who represented the government in a High Court challenge over Article 50, said the EU and UK government could agree in their deal that parliament would not have to be consulted. Sterling firmed off its recent low against the US Dollar at $1.22 as the market interpreted this news as reducing the risk of ‘hard Brexit’.

In the UK, inflation jumped to 1% in September, just slightly ahead of market expectations with clothing sales one of the main drivers. Sterling weakness and the pick-up in oil has led many economic forecasters to raise their inflation outlook with many expecting the rate of inflation to rise above 3% later next year. UK employment data to the end of August showed the highest number of people in work since records began in 1971. However, average annual earnings rose by 2.3% which, with rising inflation, would suggest some pressure on UK household spending ahead in 2017.

In Europe, the European Central Bank (ECB) left interest rates unchanged and maintained the current pace of its asset purchase programme as expected. In the subsequent press conference ECB President Mario Draghi’s responses were not helpful. When asked about the possibility of extending its asset purchase programme he said ‘we didn’t discuss it’. The lack of clear guidance from the central bank is unhelpful for bond markets. Some investors have taken the view that QE tapering remains a distant prospect, while others believe it could be reviewed at the December ECB meeting.

The USA saw a number of mega-mergers with telecom giant AT&T agreeing to buy media business Time Warner for $84.4bn and British American Tobacco making a $47bn offer for its US partner Reynolds America. Turning to economic news, the headline increase in inflation in September was 0.3%, the largest increase in five months, taking the annual increase to 1.5%. The quarterly US results season saw generally supportive results from the important banking sector. The third presidential election TV debate did not appear to change the polling data which still show Hilary Clinton ahead of Donald Trump by some margin.

In China, official Q3 GDP was in line with expectations with growth of 6.7% on the same quarter of the previous year, and leaves the economy on track to meet the government’s full year target of at least 6.5% growth. The data released also included September, activity indicators which were mixed with retail sales and fixed asset investment improving but industrial production softened. Chinese house prices surged by a record 11% in September ahead of the introduction this month of regulatory measures to cap growth.

Oil hovered around $51.5 a barrel on the Chinese GDP data and comments from Saudi Arabia’s Energy Minister who, said he was optimistic that OPEC could agree on a cut in production at its next meeting at the end of the November.

Finally, talking of record UK employment. More than 15,000 people have applied for 78 jobs driving new trains being launched by Virgin Trains on its east coast route!