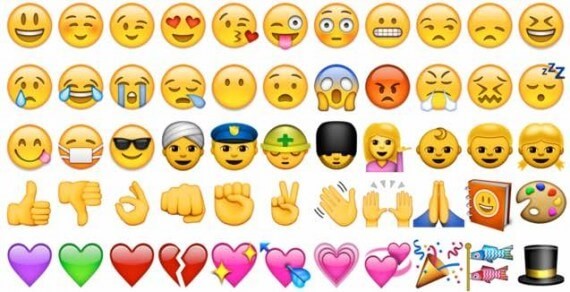 However you voted, just over one week on, how do you feel?

Never has the United Kingdom felt less united or our interests less aligned. The uncertainty created by the Brexit vote is likely to remain with us for the foreseeable future, in one shape or form.

We have just witnessed one of the most extraordinary weeks in the history of the United Kingdom. One that we suspect, will keep politicians, historians and economists engaged for years to come.

‘Inept, pathetic, embarrassing, and clueless’. Media comments, but about the England football team or UK politicians?

Humiliating. The only word that can be used to describe England’s defeat by Iceland in the Euro Championship 2016 last week. England manager Roy Hodgson did the honourable thing and resigned straight away following the match. With one exception, a trend that seems to be gathering political pace.

At the moment politically there are more questions than answers. When will Article 50 be triggered? Will it ever be triggered? Will there ever actually be a Brexit? Who will be the next Conservative leader? Will there be a snap general election? Will Jeremy Corbyn cling onto the leadership of the Labour Party? Will the UK have a second EU referendum? Will Europe play hard ball or compromise on any negotiations? Will the UK let down ‘leave’ voters by striking a compromise deal with the EU that doesn’t address immigration? Will future European elections lead to further EU referendums? It all adds up to uncertainty with no quick resolution given the new leader of the Conservative party is unlikely to be confirmed before September 9th.

Many UK focused banks, property, housebuilder and consumer companies currently feel as unloved as an England football shirt. Will Sterling ever recover? No, not the footballer our currency!

Brexit reality propels the FTSE to its best week in 5 years. Share prices are a market referendum on the EU referendum outcome. However the UK risk asset recovery has been nothing short of staggering. What was all the fuss about? The FTSE 100 is about 14% above its intra-day low, the Friday morning after the referendum. However, the FTSE 100 is packed with globally diversified businesses and exporters helped by Sterling’s fall against the US Dollar. By comparison, the FTSE 250 which is much more focused on the UK economy fell by 13% at its low point and is still down about 5%. European markets have also recovered and the Stoxx 600 has trimmed its post-Brexit loss to about 4%. UK and European banks have been at the forefront of the selling with the Stoxx 600 Banks sector falling 18% the day after the referendum and another 6% on Monday but has recovered very little.

While trying to look at the bigger global picture and developments in the USA and China, there is no doubt investors remain fixated upon the fall-out from the EU referendum and its impact on the UK and EU. As ever, the market hopes that central bankers ‘have our backs covered’. South Korea announced a $17 billion fiscal stimulus package and rumours continue of a Japanese stimulus package on the way. A suicide and gun attack at Istanbul airport and the weekends massacre in Baghdad is a reminder that the IS terror threat has not gone away.

S&P became the final of the major credit agencies to withdraw the UK’s AAA status but this news had minimal impact in context of investor’s wider worries. The UK Chancellor’s attempt to talk up the UK economy was welcome, if somewhat overdue but was never likely to have much impact on Sterling although the threat of an emergency budget appears to have been removed. The 10 year gilt yield dropped to a new record low of under 1%. Markets appear to be assuming that the BoE will extend QE and cut interest rates to support the economy. Our Chancellor has responded with a commitment to further cut corporation tax.

UK equities have recovered from the Brexit shock but why? The day after the EU referendum and on Monday, after a weekend to digest the outcome, the market was pricing in a pretty bleak outlook for the UK economy and Europe. They are increasingly pricing in some kind of compromise being the end result. Ahead of the referendum some stabilisation in markets was expected after any shock as it was assumed the BoE would step in with heavy intervention. The reality is that apart from providing liquidity to the UK banks, this has not happened. Markets appear to have written their own narrative as to how negotiations may go later this year and further ahead. This assumes compromise on both sides. If the Europeans continue to play hardball and the Brexit camp become more emboldened over the UK’s ability to survive outside the EU then this could make markets more nervous. One thing is clear. There are many more chapters in the Brexit story.

In the USA, Q1 GDP was revised upwards from 0.8% to 1.1% while the June consumer confidence reading was also better than expected. Some Q2 GDP estimates have also been raised to 2.7%.

In Japan, the Yen continues to act as a headwind to the economy with industrial output and exports contracting in May.

Finally, some 10 days after the Brexit vote and for most of us life goes on as normal. Market panic over – what was all the fuss about? However, the problem with Brexit is that its implications will be felt over the medium to longer-term but with no answers in the short term. The market was initially shocked by the Brexit vote but has held up well supported by US Dollar earners and exporters with Sterling dropping to a 30 year low against the Dollar. For many UK facing companies it is still too early to say just how people are going to behave. Certainly, the significant fall in housebuilders suggests the market is extremely concerned about consumer confidence. Business investment in the UK is likely to be put on hold. With a political vacuum government spending decisions are also likely to be affected. It all adds up to uncertainty. Perhaps, its only when everyone returns from summer holidays that we will begin to see how Brexit is affecting us. We may even know who is leading the country!