Are we missing the point? 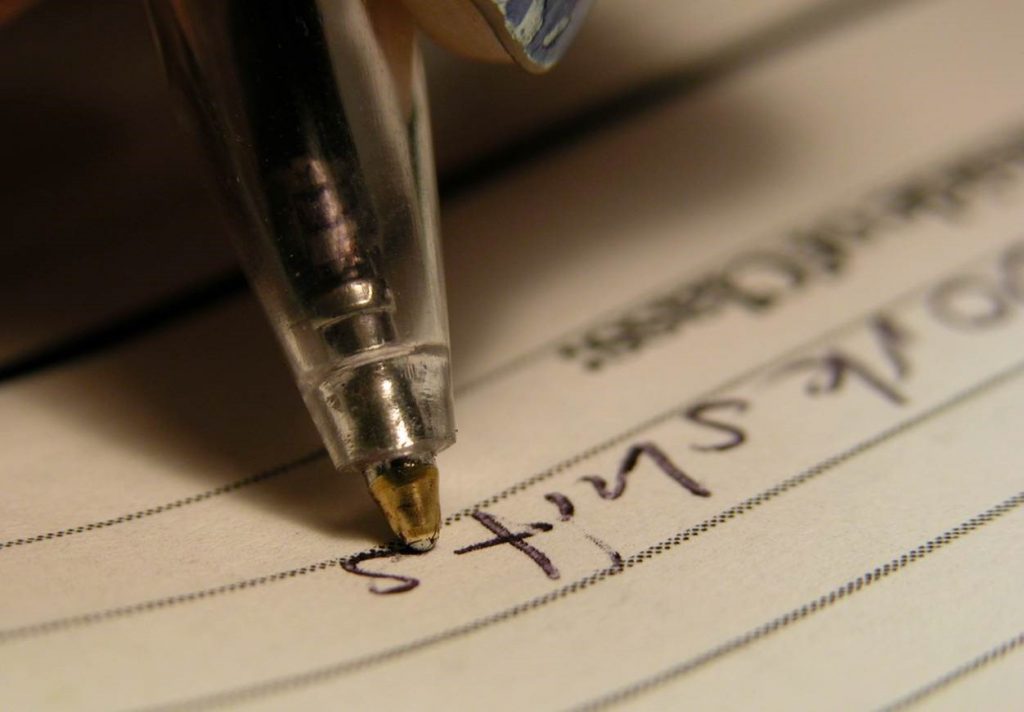 China is sending rockets into space, manufacturing high-speed trains and many of the world’s leading electronic products. However, until now, there is one bit of engineering that has eluded China: the tip of the ballpoint pen!

Chinese Premier Li Keqiang, while appearing on national television, complained about the country’s inability to produce their own, quality version of the ballpoint pen. We probably all take the tip of the ballpoint pen for granted. Chinese companies produce 80% of 40 billion pens made a year, however, the tiny ball that disperses the ink requires a particularly high quality steel, which Chinese pen makers have had to import from Germany, Switzerland and Japan. Now, a state-owned steel manufacturer believes it has now solved the problem after five years of research. Currently undergoing tests, it’s expected that China could phase out ballpoint pen tip imports within two years. Imports of £14m a year are tiny in the scale of things – so what is the point?

Well the ball point pen-conundrum is a symbolic one. Once China sets its goal on something it appears absolutely determined to succeed and traditional manufacturers in the West better watch out! For example, Boeing and Airbus have dominated the civil aviation market for decades. However, in July 2017 the Commercial Aircraft Corporation of China is due to test fly the C919, which is designed to compete with the Airbus A320 and Boeing 737. As Nobel prize winner Bob Dylan sang, ‘times they are a-changin’. No wonder president Trump has made a point of meeting with Chinese President Xi Jinping, with a view to building relations.

With many fund managers heading to the Cheltenham Festival it felt quiet last week but there was a lot going on. Nicola Sturgeon called for a new Scottish independence referendum. Theresa May confirmed she is on track to trigger Article 50 by the end of March, although some had expected it last week! Chancellor Philip Hammond announced a U-turn on the Spring Budget, the National Insurance increase for the self-employed. Given the revolt by Conservative back benchers, this suggests Theresa May’s position in Parliament is not as strong as thought, while this will not have helped her relations with Philip Hammond. It may also cast doubt over competence for the Brexit challenge that lies ahead. In the meantime, David Davis, the Brexit secretary has said the government has not made a thorough assessment of the economic impact of leaving the EU without a deal. Finally, the Bank of England committee meeting minutes were a bit more hawkish, however we remain sceptical that they will actually raise rates given the Brexit challenge and pressure on UK households.

The US Secretary of State on a visit to south Korea said that military action against North Korea is ‘an option on the table’.

There was relief from the Dutch election which lessens concerns around the shift to populism and expectations of a Le Pen shock in France may ease further for now. Finally, the US Fed delivered the 25bps increase in interest rates as widely expected but the projected forecasts were less hawkish than expected.

The combination of the US rate rise and SNP news saw sterling weaken, at one point falling to an 8-week low against the Dollar, before recovering slightly on the Bank of England (BoE) meeting comments. This helped push up the UK equity market to a new high given the significant number of exporters and overseas earners, as did news of corporate activity in the mining sector.

In the UK, unemployment dropped again but wage growth in the three months to January slowed to 2.2%.  With wage growth in January slowing to 1.7% and inflation of 1.8%, UK households are beginning to suffer from a real income squeeze.  The BoE kept interest rates on hold, but one member, for the first time since July, voted for a hike. However, this member of the committee is due step down in June.  Amongst the other eight members, some noted it would take relatively little to persuade them to consider a rate hike.

In Europe, the Dutch election saw a victory for the centre-right PM Mark Rutte and a defeat for far-right challenger Geert Wilders.

In The USA, the Fed increased interest rates by 25bps to a range of 0.75%-1%. The accompanying forecasts were less hawkish than the market expected, with the Fed continuing to use the term ‘gradual’ to describe the future path of rates. The ‘dot plots’ of individual Fed members’ projections still suggest three 25bps hikes this year. The Fed also sounds reasonably confident that inflation will remain close to its annual 2% target. It is not currently making any assumptions about Donald Trump’s fiscal policy changes. In the meantime, the Trump administration has unveiled a ‘hard power budget’ plan that would slash spending on the environment and foreign aid to fund increases in defence spending and the president’s proposed wall along the border with Mexico.

In China, the PBoC announced it was increasing the borrowing cost of 7, 14 and 28- day reverse repo agreements and this follows a similar move in February.

In Japan, there were no surprises from the BoJ, which kept interest rates at the current level and maintained the pace of asset purchases, while renewing the target for 10 year Japanese government bonds at around zero percent.

The oil price continued to drift on over-supply fears with Brent oil under $51 at one stage before recovering slightly on a dip in US oil inventories from a recent high. Data showed that Saudi Arabia had increased output in February which prompted the kingdom’s energy minister to issue a statement asserting its commitment to ‘stabilising the global oil market’.

Finally, talking of how times are changing, the latest UK ‘shopping basket’ for measuring inflation has been updated to include gin, flavoured ciders, soya milk, bicycle helmets and jigsaw puzzles for adults!