As safe as houses? 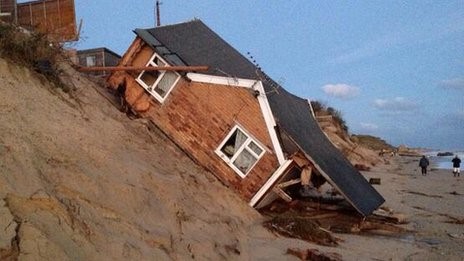 The top end of the London property market has had a stellar run in recent years. This has no doubt reflected central banks printing money as well as supportive Government measures for the housing market. However, the bubble appears to have well and truly burst with concerns about a mansion tax, Russian recession and the impact on ‘oligarchs ’and tighter BoE mortgage lending requirements just to name a few challenges. By way of example, we recently read, since November 2013 the price of a typical flat in Belgravia has fallen by 20% from almost £2m to £1.6m. This is a reminder, if one were ever needed, that assets don’t continually move upwards in a straight line but are vulnerable to changing global economic circumstances.

Turning to European bond markets, Ireland (my, how times have changed!) has become the latest country to issue bonds at a negative yield with demand four times the level of supply and a yield of -0.1%. Which got us thinking. Low risk, bond investors have also enjoyed some stellar years in an environment of record low interest rates, benign inflation, forced institutional bond buyers and central bank QE programmes. The trouble is, given how low bond yields have dropped just how low risk are some fixed interest investments currently, with the likelihood of possible capital value erosion when the US interest rate cycle turns? Certainly it is something which is at the forefront of our minds for our lower risk clients where we are seeking to protect capital value and minimise volatility as well as deliver a ‘real’ and secure income stream.

We are not alone in our concern about parts of the global bond market. Last week, the FT reported that a number of asset managers, including AXA, Aberdeen and Schroders had been carrying out extensive stress tests given the concern about the lack of liquidity in some markets for corporate bonds and emerging market debt. It is estimated that there is over $1 trillion of illiquid corporate and emerging market bonds in mutual funds, which prompts the obvious question ‘What happens if everyone heads for the exit at the same time?’ The lack of liquidity has been exacerbated by the US Volcker rule, which must be complied with by July 2015 and prohibits banks from proprietary trading. The US Fed, clearly, has a very careful path to tread in its normalisation of US interest rate policy.

In the UK, Chancellor George Osborne used his pre-election budget to temper Conservative austerity plans and spike Labours election guns. This featured a range of cautious tax breaks to ‘middle Britain’ partly funded by increasing the levy on UK banks which should be supportive for many UK consumer facing companies.

The UK equity market soared on the Budget but this appeared to be more down to the earlier employment data. This showed wage growth slowing and as a result, Sterling hit a five year low against the US Dollar. The FTSE350 includes numerous US Dollar earners and exporters which moved higher on this. Sterling dipped further after comments from the BoE chief economist who opened the door to a possible rate cut saying ‘I think the chances of a rate rise or cut are broadly evenly balanced. Policy may need to move off either foot in the immediate period ahead, depending on which way risks break’. At the end of last week the FTSE 100 index had broken through the 7,000 level for the first time.

In Europe, the Belgian finance minister admitted that Greece has annoyed and frustrated its Eurozone partners with combative negotiating tactics. The Greeks have become emboldened in discussions by a view that their exit from the Eurozone would wreak havoc amongst other members. The ‘trillion –euro question’ is does Germany become convinced that a Greek exit would be manageable? The Greeks have now passed a €200m humanitarian bill to aid victims of the economic crisis, further upsetting creditors.
While ECB QE makes a possible ‘Grexit’ more manageable, either way this remains a very dangerous game for everyone, not just the Greeks.

In the meantime, Germany looks to be the outright winner of ECB QE with the falling Euro making its manufactured exports more competitive with the DAX share index up over 20% so far this year, having broken through the 12,000 barrier for the first time. Demand for European equities appears to be following the same path as that in the UK, when QE was introduced driven by ‘bond proxy’ buying of higher yielding ‘blue chip’ equities. As there are no longer enough bonds with sufficient yields, some income investors must now be hunting yield in the equity market. However, chasing yield, for yields sake and particularly ignoring stretched valuation ratings is not necessarily a good idea as has been seen in the UK previously with the ‘expensive defensives’.

Mr Putin must be feeling better as he has ordered large new military manoeuvres in Western Russia. EU leaders agreed to keep sanctions on Russia in place until the end of 2015 subject to complete implementation of a ceasefire deal. In a possible case of tit- for- tat, Britain has been smothered by a toxic smog blown in from Russia which spoiled the solar eclipse!

In the USA, the Fed, as expected dropped its pledge to be ‘patient’ in deciding when to raise interest rates saying that such a move would occur after further improvement in the labour market and when it was reasonably confident inflation would move back to its 2% target. The Fed also commented that the US economic growth rate had ‘moderated somewhat’ with the housing market still only slowly recovering. Following mixed signals from the US Fed, the market remains divided as to whether this means the first interest rate hike comes as early as June or instead in September as well as to the quantum of increase. The Federal funds futures market suggests less than a 50% chance of a 25bps rate hike in June but does imply a 25bps increase sometime in Q3.

The Bank of Japan kept its policy stance unchanged but acknowledged that the annual rate of inflation was likely to be about zero per cent and could turn negative in coming months given the lower oil price. This suggests we may see further policy easing as the BoJ signals its determination to hit its longer term 2% inflation target. The Nikkei Index climbed to a fresh 15 year high.

The People’s Bank of China cut the seven day reverse repo rate and reportedly intervened in the currency markets to support the Renminbi. The Chinese Premier recently pledged to act if economic growth slowed too much. The hope of further stimulus pushed shares in Shanghai to a 7 year high.

Brent oil settled lower at $54. The 12 month futures are trading just above $61. Texas oil billionaire T.Boone Pickens said ‘Why do we expect the Saudis to cut production for us? We’re the ones that overproduced. The US has got to balance its market instead of the Saudis’. The Saudi Oil Minister said that OPEC will not take sole responsibility for propping up the oil price. ‘The production of OPEC is 30% of the market, 70% from non-OPEC and everybody is supposed to participate if we want to improve prices’.

A number of global equity markets continue to be supported by stimulus hopes – primarily Europe, Japan and China while these, together with other consumer facing economies such as the USA and UK should be supported by lower oil prices. However, we remain mindful of the increased possibility of a ‘Grexit’ and whether this would be as manageable for European banks as many hope, while more importantly, the US Fed continues to hold the fate of the world in its hands.

Finally, despite all of the uncertainty, there appears to be an encouraging trend, globally, in the fight against deflation, with developing signs of wage inflation in a number of leading consumer economies. Some US companies like Walmart and McDonalds have raised pay for lower paid workers, there are signs of wage inflation as Germany nears full employment while in Japan, the likes of Toyota, Nissan and Hitachi have raised pay by the largest amount in a decade. Low oil prices and rising wages should boost consumer spending and global growth.