At face value – something to take note of? 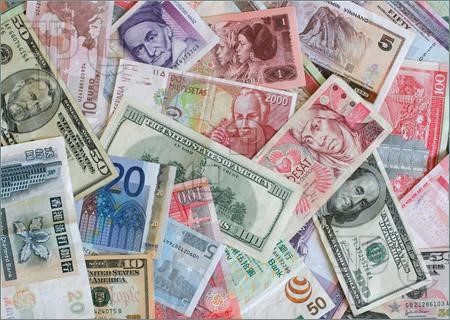 Some of the World’s leading global economies are being challenged to consider putting a famous woman on their banknotes. American bills have portraits of the country’s founding fathers and former presidents, Chinese notes have Mao Zedong and India have Mahatma Gandi, but none of them feature any women.

In 2013, the Bank of England announced a new process for selecting the people that feature on its bank notes to ensure that due consideration is given to issues such as equality and diversity. Whilst Elizabeth Fry will be replaced on the new £5 note by Sir Winston Churchill in 2016, not long afterwards the new £10 note will see Charles Darwin replaced by Jane Austen. But is one woman per country enough? For example, Sweden has an equal number of famous men and women on its banknotes. Although technically it could be argued that the UK has an image of a woman on every bank note –the Queen!

Which got us thinking about the UK general election. Currently just over one in five MPs are female. However, this year, a record one in four candidates standing for Parliament are women. Whilst still disproportionate, this is at least a step in the right direction. This is a sign that May’s election could change the face of government, not just in the rise of new minority parties but also gender, with the Leader of the SNP, Nicola Sturgeon being the obvious example. In the US, it will be interesting to watch Hillary Clinton’s progress as she is standing for President in 2016.

At a time of many headline political commitments, how many of these can be taken at face value?

Channel 4 is currently screening a new documentary, ‘Skint’ about the intimate stories of long- term unemployed people in Merthyr Tydfil. This seems all the more poignant when one looks at Greece which looks skint. While Greece hasn’t yet asked its citizens to look down the back of sofas for small change, it is close to doing so. The central Government is believed to be requisitioning state cash from public sector bodies amounting to €3bn to cover monthly salary and pension payments. When ECB President Mario Draghi was asked whether Greece would default he said ‘I don’t want to even contemplate such an event. More work, much more work is needed and now it is urgent’. Euro group head Jeroen Dijsselboem warned that ‘big, big problems’ need to be solved before any Greece debt deal can be agreed. ‘A comprehensive and detailed list of reforms is needed and a comprehensive deal is necessary before any disbursement can take place’. The key Euro group meeting is 11th May with a €780m payment due to the IMF on the following day.

Despite geo-political worries, companies continue to take advantage of low interest rates and cash piles with more mega-merger activity. Israeli generic drug maker Teva has made a hostile $40bn offer for rival Mylan which would create a $100bn group.

In the UK, the news headlines are starting to ramp up on the election although neither of the two main political parties currently look anywhere near like achieving the desired lead in polling data. The only clear indication seems to be that the SNP could hold as many as 50 seats in the new Parliament. A minority Conservative government or an SNP backed, Labour led coalition, with caveats, such as, no Trident replacement, still look the most likely outcomes to us. We don’t anticipate that this uncertainty will de-rail the improving consumer outlook in the UK but could create Sterling weakness against the US Dollar although this would be supportive of UK export driven equities. The stock market, at this moment in time, seems to be discounting the likely outcome suggested by the current polls and bookies odds. However, UK Gilt yields climbed sharply after a hawkish set of BoE minutes.

In Europe, the ‘flash’ Eurozone PMI readings for April came in below expectation with Germany and France responsible. The growth rate elsewhere across Europe was the fastest since 2007. Despite soft new orders, employment is continuing to see a gradual improvement which, along with the lower oil price, should help consumer confidence. Reflecting the extremely low bond yields, last week saw some of the largest moves in history in the German government bond market with yields up 65% in one day.

In the USA, existing home sales picked up nicely in March suggesting something of a Q2 rebound after the weather impacted opening months of 2015. In the US equity market, the quarterly reporting season is underway but the number of results exceeding expectation has dropped slightly reflecting the impact of a strong US Dollar.

In China, the PBoC attempted to remove some froth from the equity market by imposing tighter stock lending margin requirements. However, following housing data which showed price falls in March in all 70 monitored major cities, the PBoC cut the bank reserve ratio by 100bps to stimulate lending. In addition, the authorities are to draw on foreign exchange reserves to fund the ‘New Silk Road’ plan to build infrastructure links to foreign markets.

In Japan the Nikkei 225 closed above 20,000 for the first time in fifteen years as the first monthly trade surplus since 2012 suggested that some benefits of ‘Abenomics’ are starting to feed through. In addition, sentiment has been aided by the impending new Governance code to improve shareholder value as Japanese companies may use excess cash for dividends and share buy backs to increase returns on equity.

Oil drifted slightly on news that in the USA, a bill may be proposed to lift a ban on oil exports. In addition, BP’s chief economist said that oil prices could remain under pressure through 2016 as significant stock build would take time to be absorbed by the market. Exxon Mobil’s CEO said that he expected oil prices would remain subdued for the next several years. In the Middle East, while seeking a political solution, Saudi Arabia was reported to have re-commenced air strikes against rebel Houthi positions in Yemen.

Finally, the new ten pound note will include on it a quotation from Jane Austen. ‘I declare after all there is no enjoyment like reading!’ Just what you are all no doubt thinking having read Alpha Bites.