Between a Spock and a hard place 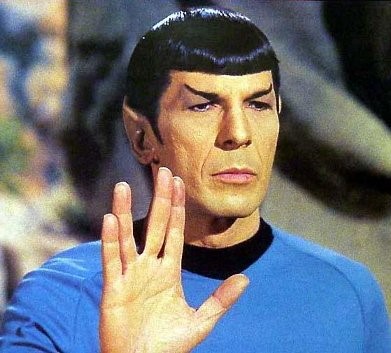 Who’d have thought it? Now that the dust is beginning to settle, the post- election recriminations and investigations have begun. One thing for sure is that the new Parliament will have a very different look to the last.

Like everyone, we’ve had enough of politics and electioneering, so thought we would mark the first anniversary of Alpha Bites with a suitably quirky theme. Rock Paper Scissors Lizard Spock is a slightly different take on the traditional game of Rock Scissors Paper. The new game has featured in the hit US TV comedy series The Big Bang Theory shown on E4 in the UK.

With the UK election behind us we can re-focus on Greece. Which got us thinking. The Greeks look between a rock and a hard place. Instead of countless hours of discussions over whether Greece stays in or leaves the Eurozone why not save time by playing Rock Paper Scissors Lizard Spock? Indeed, just think what other global issues could successfully be resolved by this game?

‘Sell in May and go away’, is usually wheeled out this time each year but would seem quite poignant in 2015, given the sharp rise in European bond yields, albeit from a very low base, concerns over inflationary pressures and Fed interest rate policy, Greece and the UK election. Nonetheless, markets appear to remain sanguine about the political aspects and instead have tended to react to the actions of central banks rather than politicians. Fed Chair Janet Yellen’s suggestion therefore that the current level of US equity market valuations is quite high and poses potential dangers was enough to push equity markets lower before the bounce back on the UK election result.

The sell – off in European government bonds continued with German 10- year bond yields at one point almost touched 0.8% compared to the record low of 0.07% on 20th April. The correction came as a surprise to the market despite some high profile commentators saying that the European bond market had ‘overheated’. Reasons include weaker US Treasuries, an uncovered 5- year Bund auction, lack of progress on Greece, rising oil prices and caution over US Fed monetary policy. The UK 10- year gilt yield climbed above 2% even before the UK election result.

In the UK, the polls clearly got it wrong with the exception of the landslide in Scotland by the SNP. The UK equity market saw a massive relief bounce on Friday after the Conservative win, as many shares which would have been impacted by Labour policies from mansion tax to rail nationalisation recovered. However, once ‘the dust settles’ markets are likely to focus on backbencher pressure on David Cameron on the EU referendum particularly, given the significant share of votes for UKIP which sends a clear anti- EU message from a large proportion of the population. There is then the fundamental issue of the SNP which is likely to press for another Scottish referendum, while there will no doubt be pressure from English back benchers to protect English interests. A fundamental review of the electoral system may also be called for given the SNP gained 56 seats with under 5% support from the total voting population while UKIP achieved over 12% of the vote but gained just 1 seat! Likewise there is the thorny issue of the UK’s twin deficits –current and trade, and the need for more austerity measures. While Sterling bounced against the US Dollar on the election result, the uncertainty of ‘Brexit’ and ‘Scoxit’ could return to overshadow UK equities and Sterling.

In Europe, the European Commission cut its forecasts for the Greek economy which is likely to further complicate bailout negotiations as it may require Greece to accept even more demanding reform targets. Somewhat unbelievably the Greeks in turn are trying to blame the lack of progress on bailout talks on the IMF and EU. Greece has also begun reversing reforms demanded by its creditors in seeking to rehire thousands of public sector workers previously laid off. Given Greece is running a sizeable deficit, against the 3% surplus budget for 2015, then a debt write off still looks the only way out, but will Germany and other EU members be comfortable with this? Today, sees a key meeting of Eurozone finance ministers and on Tuesday a €750m loan repayment is due to the IMF. Greece seems to be heading the same way as Ed Balls!

The USA recorded its biggest monthly trade deficit since the 2008 financial crisis in March. The data complicates the interest rate hike debate for the US Fed. While the figures were distorted by the West Coast port strike, the increase in imports suggest the consumer led recovery is on track and US retailers expect a stronger Q2. However, the data also suggests that economic growth in Q1 will be revised downwards with some suggesting that the economy actually contracted.

Chinese trade data for April was notably weaker with exports contracting and imports down sharply. China’s central bank responded by cutting interest rates for the second time this year by 25bps to 5.1%. Chinese analysts believe that interest rates have further to fall as real interest rates are still higher than the historical average.

Oil moved to a new high for the year, at one point breaking above $68 which is 50% above the five year low set in January. Saudi Arabia raised official selling prices into Europe and the USA which was seen as a sign of its confidence in growing global demand. In the US Nymex hit a year high of $61 and there is talk that some of the fracking production that shut down at the start of the year may be brought back on stream if the price stabilises at this level. US crude stocks fell for the first time this year. Brent 12 month futures increased to about $72.

With the UK election behind us, we can return to other more pressing issues such as US interest rates, Greece and the rise in European bond yields!

Finally, as we said already, this week is the first anniversary of Alpha Bites. Hopefully you have found our slightly quirky take on the workings of global equity markets worth reading. First anniversary? Isn’t that Paper? ………………Rock, Scissors, Lizard, Spock!