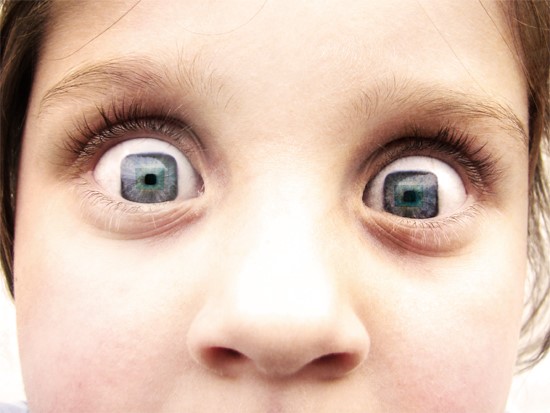 According to Ofcom, we are overdosing our TV viewing. However, technology is transforming how we watch our TV. Whilst we are spending less actual time watching live broadcasts, nearly 80% of us now makes use of catch up services like BBC iPlayer or streaming services such as Netflix. Watching our favourite programmes when it suits us most. The days of waiting a week for the next episode of your favourite programme are long gone, with people finding it hard to resist watching multiple episode box sets around the house or on the move.

Ofcom had found that more than half of British adults watch more than one episode of the same show back-to-back at least once a month. Of those, a third, almost 10 million people, admit they have missed sleep or made themselves tired the next day, while a quarter say they have neglected household chores.

Perhaps, it is hardly surprising commercial public service broadcast channels’ revenues are under pressure and are now exceeded by the growth in commercial multi-channels broadcasters.

Game of Thrones, Vikings, Black Sails, The Crown, besides far too many other box sets!

Last week started with a more positive tone as concerns over North Korea nuclear threat diminished. Good economic data, coming out of Europe and Japan, helped markets recover some of the previous week’s losses. This positive momentum, however, was short-lived, as President Trump’s response during the aftermath of the events in Charlottesville were widely criticised, leading to a number of resignations and the ultimate disbanding of his two business advisory councils. Whilst Trump’s pro-growth agenda was initially well-received within the business community, the president’s impetuous actions and comments continue to generate divisions amongst both business leaders and the Republicans.

On Thursday, the US administration had to dismiss speculation that Gary Cohn was also planning to resign from his role as chief economic adviser. Mr Cohn is seen as having a key role in pushing forward Trump’s pro-business agenda and, as a result, these reports sent a shock to the markets. It was certainly a turbulent week at the White House, which ended with the announcement of Steve Bannon’s departure as chief strategist and the main voice of ‘America First’. Although this may alter the administration’s tone for the time being, the divide between nationalists and globalists is likely to remain.

Regrettably, the dreadful news breaking from Barcelona that a vehicle rammed into pedestrians killing 13 people and leaving over one hundred injured, became the latest act of terrorism in Europe.

Looking forward to this week, comments from central bank officials are expected to be centre of attention.

In the UK, labour market data remained strong, seeing the unemployment rate for the three months to June falling to a new 42-year low of 4.4%. Average earnings growth also increased and, although real wages are still contracting, the squeeze is unlikely to get any worse through H2 as inflation peaks.

According to a government paper published on Tuesday, the UK will seek to continue its current customs agreement with the EU for at least the estimated three years of transition after Brexit. The UK government also stated that agreeing a no physical border infrastructure between the Republic of Ireland and Northern Ireland would be at the top of the list.

Theresa May’s government declared over the weekend that it will be “stepping up pressure” to shift the discussions away from the terms of separation as soon as October.

In Europe, German Q2 GDP slightly missed expectations with 0.6% growth over the quarter, or 2.5% in annualised terms. The main positive impulses came from domestic demand, as spending by households and the government was strong. In contrast, imports grew more strongly than exports, perhaps starting to reflect the effect of a stronger Euro.

The second estimate of Eurozone GDP for Q2 reaffirmed the growth momentum across the region, with an upgraded annual growth rate of +2.2%. However, disparities remain as France and Italy lagged slightly behind German growth.

The ECB minutes noted on Thursday that ‘concerns were expressed about the risk of the Euro overshooting’, a trend that we have seen since the beginning of the year, in particular, against the dollar. Draghi mentioned that, despite incoming data confirming the strength of the Eurozone economy, they need to be persistent and patient in regard to inflation as members retained their pledge to the asset purchase program.

In the US, Trump had to deal with three immediate resignations from the President’s American Manufacturing Council after his delayed reaction to condemn white supremacist groups following the events In Charlottesville raised strong criticism. As a response to Merck CEO Ken Frazier, the president suggested on Twitter that the CEO would now have time to “lower rip-off drug prices”, although we didn’t see an immediate negative reaction on pharmaceutical stocks. Further resignations over the course of the week led Trump to disband both of his high-profile business advisory councils, which could be seen as an indication that the president is gradually losing support within the business community. Will these events undermine the optimism over Trump’s pro-growth agenda?

Also, at the beginning of last week, Trump ordered an examination of Chinese trade practices, including China’s alleged theft of US intellectual property, while looking to achieve greater cooperation with Beijing in reaching a resolution over North Korea.

On Wednesday, the FOMC minutes in the US signalled that most members of the Fed still prefer to take a patient approach due to stubbornly low inflation readings. Consequently, a further interest rate hike this year continues to be priced as below a 50% probability.

In China, industrial production grew 6.4% in July, compared to 7.6% in June. Driven by sectors like steel, while output of consumer goods weakened. Policy tightening is set to further weigh on infrastructure and property investment in coming quarters. Retail sales growth eased to 10.4% in July from 11% in June. Industrial production looks unsustainably strong given the growing headwinds to investment growth from policy tightening. An increase in China’s credit efficiency of growth will be key to reducing leverage while meeting official growth targets and preventing a sharp increase in defaults.

A ban on imports of certain North Korean goods, including coal, iron, lead and seafood, was imposed on Monday to comply with the latest UN sanctions.

In Japan, Q2 GDP figures came out ahead of expectations with a 4% annualised, this is the longest growth streak for Japan in more than a decade. Are ‘Abenomics’ finally working?

Finally, the Financial Conduct Authority (FCA) has reported that consumers have received £27.4bn compensation since 2011 from the payment protection insurance (PPI) compensation scheme. Compensation amounted to £260m in May 2017 and the deadline for PPI claims is August 2019. Looks like this boost to UK consumer spending in recent years is beginning to wind down.