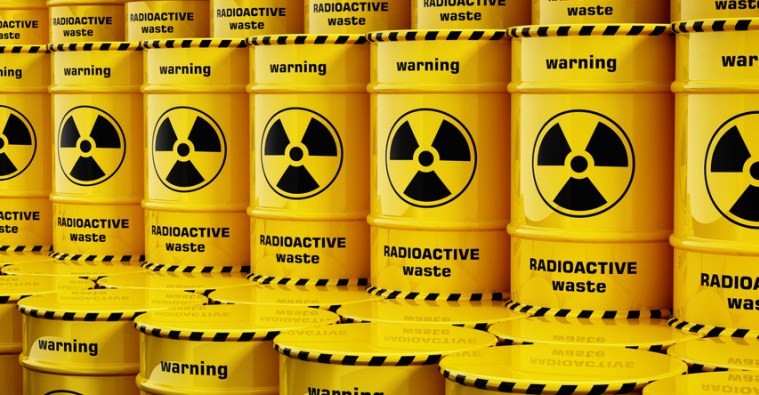 Work has finally commenced in Somerset on the construction of the Hinkley C nuclear power plant. The £20bn project, will be the UK’s first nuclear power station built since the 1990s. While nuclear power is seen by some as a potential ‘green’ energy solution to the problem of generating sufficient non-carbon power, it does generate spent nuclear fuel. This presents us with whole new challenge.

Around the world, the majority of spent fuel is stored in cooling pools at reactor sites or, once cooled, in steel casks encased in concrete underground. Neither of these are permanent solution as the contents will remain radioactive for thousands of years. Current installations designed to hold toxic waste are considered to be ‘fit for purpose’, with a planned life of at least 10,000 years – twice as long as the Egyptian pyramids have survived. Unfortunately, the most toxic plutonium will remain lethal to humans – 25 times longer than that!

With an ever-growing pile of spent nuclear fuel rods, it is estimated that worldwide over 266,000 tons of uranium is currently held in temporary storage. A global solution needs to be found to address toxic waste.

This would appear to also to be becoming a Brexit issue. Michel Barnier, the EU’s chief negotiator, reported to be seeking to leave Britain on the hook for 130 tonnes of plutonium stored at Sellafield in Cumbria, which is technically owned by Euratom, the pan-European regulator of civilian nuclear activity.

Sounds as if Brexit talks could start to be become even more toxic!

Global markets remained in a positive mood in the wake of the French election and good US earnings season. The CBOE Vix index, an option based investor ‘fear’ gauge, dropped to its lowest level in almost 25 years.

Asia was in the spotlight once again. As expected, South Korea’s Moon Jae-in was declared the winner of the country’s presidential election. Moon, an opponent of the THAAD missile defence system, indicted an openness to visiting North Korea under the right conditions. However, another nuclear test by North Korea was a reminder, as if needed, of the tension in the region.

In the USA, Donald Trump announced the dismissal of FBI Director James Comey in the midst of the investigation into contact between Russian officials and Trump’s presidential campaign. One implication for markets could be that it distracts some of the more market-focused reform progress that everyone is still waiting for.

In the UK, election campaigning started to gather momentum. Jeremy Corbyn tried to close down the issue of Brexit by saying Labour’s position was settled. However, he was unable to give a straight answer when asked repeatedly whether a Labour government would definitely take Britain out of the EU. Labour announced it plans to spend over £5bn on education, but to fund this would raise the rate of corporation tax from 19% to 26% by 2020-21.

UK industrial output shrank for a third month in a row in March. The UK’s trade deficit in goods and services also widened in March to £4.9bn. Sterling dipped back below $1.29.

Super Thursday saw the Bank of England’s monthly update on the UK economy and interest rates. Interest rates were left unchanged at 0.25% by a vote of 7-1, but the BoE shaded its economic growth projection to 1.9% for 2017. This appears due to a squeeze on consumer spending as inflation rises and real wages fall. Beyond this, it expects the squeeze on real wages to moderate and a tightening labour market to push wage growth to 4%. In this scenario, interest rate markets are pricing in a potential 0.25% rate hike in 2019. The BoE forecast is predicated on a smooth Brexit process.

In Europe, ECB President Mario Draghi re-iterated his opinion that it is too early to begin scaling back stimulus measures in his remarks to the Dutch Parliament. He again stressed that underlying inflation measures remain subdued despite the pick-up in leading indicators of economic activity.

In the USA, retail sales increased by 0.4% in April. The annualised Inflation rate increased to 2.2% in April. Both sets of data would appear to support the case for another US interest rate rise in June.

OPEC and Russia appear on course to extend their oil output cuts with Saudi Arabia saying the oil cartel is prepared to do ‘whatever it takes’ to end the supply gut. Comments from the Saudi Energy Minister appear to suggest that it would favour an extension out to the end of the 1st quarter of 2018. Brent oil recovered to above $50 as US crude inventories posted their steepest decline of the year.

It appears that Friday’s global computer attack was felt across 150 countries, impacting a number of Government services including the UK’s NHS. This has served as an important reminder of the vulnerabilities of global IT infrastructure, as the internet continues its dominance of our day to day lives. One suspects that cyber-security companies will be receiving plenty of new business enquiries this morning.

Finally, yet another example of how central bank policy has resulted in unintended consequences. We learn Swedish businesses and individuals overpaid 40bn Krona (£3.5bn) in tax last year. Why? Rather than be charged interest of 0.65% on bank deposits, due to central bank negative interest rates, Swedes took full advantage of their government paying them interest of 0.56% on overpaid tax!