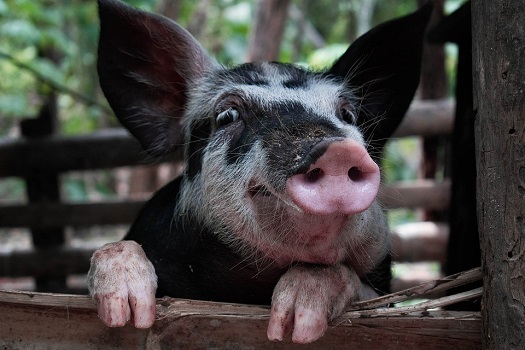 The war in Ukraine has highlighted how reliant the world is on various Russian commodities. Western governments have had to quickly re-think energy security plans, given their dependence upon Russian oil and gas. The UK government has already unveiled a new energy strategy, but perhaps it also needs to re-think the UK’s food strategy?

We raised this issue recently in Alpha Bites Dig for Victory. Since then, a report by the Environment, Food and Affair Committee has warned that chronic labour shortages in the food and farming sector could lead to price increases and the UK becoming even more dependent on food imports. While not necessarily foreseen as part of Brexit, this has been a growing concern since. A recent report by a committee of MPs has confirmed this, stating Brexit and Covid-19 have had a huge impact on the sector with more than 500,000 job vacancies. This has led to a quarter of the UK daffodil crop left unpicked, fruit suppliers being forced to leave produce rotting in the fields, while a shortage of skilled butchers and abattoir workers has led to some 35,000 pigs being incinerated or reduced to lard. The chief executive of the British Meat Processors Association summed up the situation. ‘As a result of the conflict in Ukraine, we find ourselves faced with a severe test of the UK’s food security, it’s clear that this approach has allowed structural weaknesses to develop, which have compromised Britain’s food resilience.’

Food security risk, as well as the vulnerability of food exports have also been exacerbated by the ongoing debacle at P&O Ferries. This, together with bad weather and Easter holidays, has created long queues of lorries attempting to cross into Europe at Dover. UK hauliers carrying products with a very short shelf life, such as meat, have been most affected.

Despite warnings following Brexit about an HGV driver crisis, it was only the panic buying of petrol that led the government to introduce a temporary visa scheme and new training support to tackle the problem. Food shortages will exacerbate the current cost-of-living crisis in the UK particularly for lower income households.  A new ‘radical re-think’ is required of labour strategy within the food industry.

Will Boris wake up to the food security threat or is he too busy saving his own bacon? It comes to something, when the leaders of a government are fined for breaking the law that they themselves put in place just a few months previously!

Ukraine, inflation and interest rates. Despite current uncertainty, in the US, Elon Musk launched a $43bn hostile bid for Twitter.

The yield on US 10-year Treasury touched a new three-year high of almost 2.8% following the latest inflation data. UK inflation also touched a 30-year high. The US Dollar strengthened given the likely pace of US interest rate hikes with Sterling dropping to $1.30 –supportive of exporters and overseas earners.  More central banks have been pushing through bigger interest rate hikes of 0.5%, including New Zealand and Canada. Will the Bank of England do likewise at its next meeting on May 5th?

President Zelensky said the long-expected second phase of Russia’s invasion of Ukraine has begun with a large-scale Russian assault on the Donbas. President Vladimir Putin has vowed to continue the invasion of Ukraine until his country’s ‘noble’ aims are fulfilled. Meanwhile, President Joe Biden wants to supply Ukraine with $800m of additional military capabilities including artillery, AFV’s and helicopters. Just to add to tension, a decision about possible NATO membership is expected from Finland within weeks, while Sweden is also considering joining the alliance. This news follows a meeting between the PMs of the two countries. Russia responded by saying ‘there can be no more talk of any nuclear-free status for the Baltic- the balance must be restored.’ Meanwhile, Russia’s central bank said inflation jumped from 9.1% in February to 17% in March and is expected to climb to 20%.

The World Bank lowered its 2022 global growth forecast from 4.1% to 3.2% to reflect ongoing inflationary pressures and the war in Ukraine.

In the UK, inflation hit a new 30-year high with CPI increasing to 7% in the year to March driven by higher food and petrol prices. Inflation is likely to move above 8% next month reflecting higher energy bills.  For older readers, RPI is already 9%!

The European Central Bank (ECB) has a real headache – inflation touched 7.5% in March while economic growth continues to weaken due to the war in the Ukraine.  Last week, the ECB announced it will conclude its net asset purchases in the third quarter of 2022.

In the US, inflation was in line with expectations with headline CPI increasing to 8.5%. This is the highest level since the early eighties and would appear to increase the likelihood of a 0.5% interest rate hike by the Federal Reserve at its next meeting in May.

China continues to pursue its zero-tolerance Covid-19 policy with reports of unrest in Shanghai and some residents of high rises not receiving food or medicines. Guangzhou is the latest city to come under restrictions. China’s economy grew by 4.8% in the first quarter of 2022 but the authorities warned of ‘significant challenges’ ahead as massive lockdowns start to take effect. The People’s Bank of China announced more support with a further cut in the reserve ratio for smaller banks.

Brent oil re-bounded to $113 with no end in sight to the fighting in Ukraine following Putin’s latest comments.

Finally, the World Bank has attempted to calculate the economic cost of the war in Ukraine. It warned Ukraine needs massive financial support immediately as Russia’s invasion is likely to lead to a 45% contraction in the economy. This excludes the impact of the massive damage inflicted on Ukraine’s infrastructure which will take years to repair. Meanwhile, the World Bank estimates sanctions will lead to an 11.2% contraction in the Russian economy. The magnitude of the humanitarian and financial crisis is truly staggering.