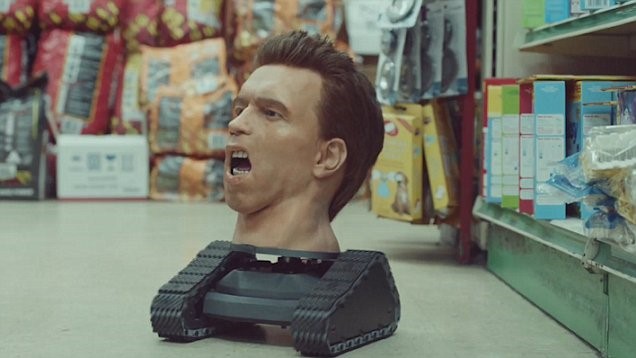 The UK’s financial services regulator, the FCA, have enlisted the help of Hollywood legend and former Governor of the California, Arnold Schwarzenegger to draw the public’s attention to the ending of the PPI miss-selling claims – August 2019. Featuring an animatronic model head of Arnie, somewhat reminiscent of his acting roles, this is the latest in the annoying PPI related adverts that we have suffered over the years. Interestingly the eye-catching £42m bill is being met by the 18 institutions with the most PPI complaints.

However, the £42m cost is dwarfed by the amounted repaid so far – £27bn! The ‘PPI scandal’ became public in 2011, with initial estimates suggesting potential claims of £4.5bn. To date, the UK’s leading banks have set aside a staggering £37bn for customer compensation and to meet future claims.  This sum could still prove conservative. Last week a new ruling requires providers to contact 1.5m customers. Even if a previous PPI claim was rejected, they may now be eligible for a compensation if customers were not made aware that more than half of the cost of their insurance product was due to commission.

Post the 2008-09 financial crisis, PPI miss-selling compensation has provided a significant boost to the economy – QE by another name. With an estimated £10bn still to be paid out, what happens after August 29th 2019?

Bye-bye PPI, you will be missed.

Last week saw another set of provocations from North Korea with the launch of a second missile over Japan, in response to the tougher UN sanctions against the regime. The sanctions seek to limit petroleum imports, ban textile exports and impose strict inspections of ships suspected of carrying cargo in breach of the sanctions. With this missile, which travelled as far as 3,700km, North Korea has demonstrated that they are able to put the US territory of Guam in range. Markets seem to be growing accustomed to these sort of events, even after the threats issued on Thursday to “sink Japan into the sea,” with a nuclear strike and turn the US into “ashes and darkness”.

The Bank of England met on Thursday leaving interest rates on hold and made no changes to its QE program. However, it noted that interest rates are likely to rise faster than the market was expecting should the economy continue to develop as expected, which means that we could see a 25bp policy rate hike as soon as November. This saw notable strength in Sterling which rose some 3% against the US Dollar and some 3.75% against the Euro last week, Gilt yields also rose as investors reset their interest rate expectations. The strength of sterling, coupled with some weakness in commodity prices saw the FTSE 100 under pressure, in stark contrast the S&P 500 was able to make fresh all-time highs last week.

In the early hours of Tuesday morning, lawmakers voted in favour of the prime minister’s Brexit law, which will now move onto its next parliamentary stage. Some MPs have criticised this bill as controversial as it will hand powers to ministers to change legislation without full scrutiny in Parliament, overturning the supremacy of European law in the UK and formally ending Britain’s EU membership.

In the UK, inflation accelerated reaching 2.9% year-on-year, faster than the 2.6% seen in July. Despite the tightening in the labour market, with the jobless rate declining to its lowest level since 1975, real wages remain under pressure. This conundrum has caused ministers to face hard decisions regarding the public sector pay cap. When this cap was extended back in 2015, inflation was predicted to be around 1.7%; however, Brexit-led inflation has created a different reality. On Tuesday, the government announced that prison officers will receive 1.7%, while the police will get a one-off 1% bonus on top of their 1% rise, however, the extra pay will be funded within existing budgets. Some will be wondering, what other spending should be cut to allow for higher pay?

In the US, the impact of Hurricane Irma turned out to be less devastating than feared. This helped support a positive start of week for equities across different regions.

Once again, the discussion and promises about tax cuts came back into focus. However, investors may have become immune to promises, in particular, when these come from the White House. Trump reaffirmed his commitment to cut the corporate tax rate to 15%, sharing on Twitter that “the approval process for the biggest Tax Cut & Tax Reform package…will soon begin”.

After five consecutive downside misses, core inflation managed to beat expectations. The US Treasury yield remained broadly unchanged as tensions in North Korea offset the uptick in inflation, and the probability of a rate hike at the end of the year increased to 43%.

In Europe, ECB efforts to prepare the ground for a withdrawal of policy stimulus helped to push bond yields upwards whilst providing a boost to financials within the Euro Stoxx index.

This week the newswires in Europe are likely to be dominated by the German federal election, where Merkel is expected to remain Chancellor for a fourth term. Theresa May will also deliver a key speech on Europe later this week on the progress of negotiations so far and outline her vision for a post Brexit UK, an undertaking not helped by her Foreign Secretary’s intervention over the weekend.

The oil price recovered last week building on the momentum from higher demand forecasts from the IEA and OPEC, as well as OPEC’s willingness to extend production cuts.

Finally, you know things are tough in the high street when a pub chain like Wetherspoon is offering a “SALE” on Wednesday! The budget pub company will be giving its customers a 7.5% discount when paying at the bar, or via the Wetherspoon app. The pub chain is looking to raise awareness of the benefits of lowering the current rate of VAT (20%) charged to the hospitality industry, and bringing it more in line with supermarkets.