Can additive manufacturing help us win the America’s Cup? 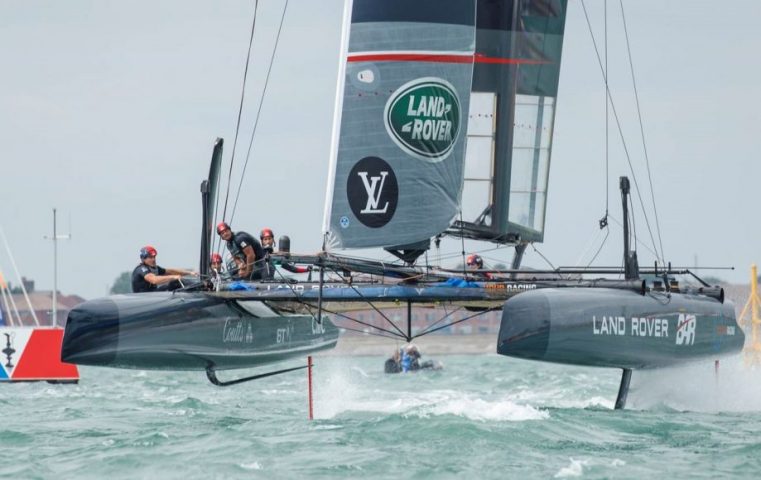 3D or not 3D? (with apologies to Shakespeare). That is the question; many manufacturers are no doubt currently asking themselves.  Additive manufacturing (AM) or 3D printing could be transformational for supply chains globally.  AM appears to be on the cusp of moving from batch trial testing, into full-scale commercial production. 3D printing is progressing into nearly every industry; healthcare, eyewear, aerospace components, automotive and railroad spares.

F1, often at the forefront of automotive technology, has lent its support. The McLaren-Honda Formula One racing team has been using an AM machine trackside to produce modified plastic components during practices ahead of qualifying sessions. The team’s aerodynamic engineers can now make alterations to key components overnight, such as the hydraulic line bracket significantly reducing production times. Shame they are bottom of the constructor standings – the only team with zero points!

The cost of AM process is expensive, but for the right components, in the right volume, it can be very cost effective. Industry experts believe that the global market for additive manufacturing increased by 17% in 2016 to $6.1bn. While some challenge the cost of 3D printing, some companies are eagerly embracing the new technology. Bosch Rexroth, the drive and control unit of the German electronics group believes that in the next ten years up to 40% of its components could be produced by 3D printing, rather than being bought in.

Local company, Renishaw, is contributing to Land Rover BAR, the British Challenger for the 35th America’s Cup. Led by Sir Ben Ainslie, the event is taking place in Bermuda, from the 26th May. The British challenger, is hoping to leverage advanced technologies in order to provide the team with a competitive edge. We could do with it, as we have never won the ‘Auld mug’, in a competition that dates back to 1851.

Despite North Korea testing a missile capable of carrying a large size, heavy nuclear warhead and global cyber-attacks, equity markets touched record levels. The FTSE 100 at one point hit a new record high passing above 7,500 before falling sharply. Markets became nervous about developments in the White House with media rumours of President Trump being impeached which if it was to happen, would de-rail his stimulus plans to boost US economic recovery.

President Donald Trump defended his ‘absolute right to share information with Russia, pertaining to terrorism and flight safety’. However, US media reported that Donald Trump asked James Comey to drop an enquiry into links between his ex-national security adviser and Russia. Senior fellow Republican John McCain has said this is now a scandal of ‘Watergate size and scale’. The question of this being an impeachable offence through obstructing justice has been raised in several news reports and by members of the Democratic Party. Renewed concerns about the likely longevity of the Trump presidency were reflected in the currency markets with the Euro hitting a six-month high against the US Dollar.

It’s not just the US President in the dog house. Brazilian shares tumbled over 10% in one day on reports from a leading newspaper claiming that the country’s president Michel Temer had helped bribe a potential witness in the country’s biggest-ever corruption investigation. Markets are concerned that this will prevent him from pushing ahead with much needed reforms to Brazil’s economy.

The UK election continued to dominate the media. Interestingly, Theresa May attended a campaign event in London with Philip Hammond and repeatedly declined to confirm whether her chancellor would continue in his role if she won the election, adding to rumours of a cabinet reshuffle after the June vote.

In the UK, inflation rose during April to its highest level since September 2013 to 2.7% and well above the Bank of England (BoE) target of 2%. This was driven by higher air fares and clothes prices. With no signs of inflation yet becoming entrenched in higher pay growth, the BoE may not be to uncomfortable and be prepared to look through the current inflation data.  UK retail sales in April were better than expected although possibly aided by the fine weather and timing of Easter.

In Europe, Germany’s Social Democrat leader Martin Schulz was under intense pressure to switch strategy after his party succumbed to a stunning regional defeat in one of its strongholds some four months ahead of federal elections. The result has bolstered Chancellor Angela Merkel’s position as Europe’s pre-eminent politician and the one who will no doubt dictate the EU stance on the Brexit process.

In the USA, industrial production was confirmed as rising a much better than expected 1% in April which was the biggest rise since February 2014.

In China, the chief economist of the Australia and New Zealand Bank said he expected ‘financial deleveraging to cool some economic activities in the next two or three months’. However, he expects the People’s Bank of China to moderate its hawkish stance by increasing liquidity injections. In the meantime, the Chinese authorities have announced the new Silk Road infrastructure project to support economic growth.

Brent oil remained firm above $53 after Saudi Arabia and Russia suggested they would back an extension of the current OPEC led deal to cut oil production until March 2018.

Finally, as governments around the world grapple with the fallout from the cyber- attack. Lloyds of London insurer Hiscox, expects the global market for insuring against cyber-attack to treble to $10bn by 2020.