Can we still afford to be open all hours? 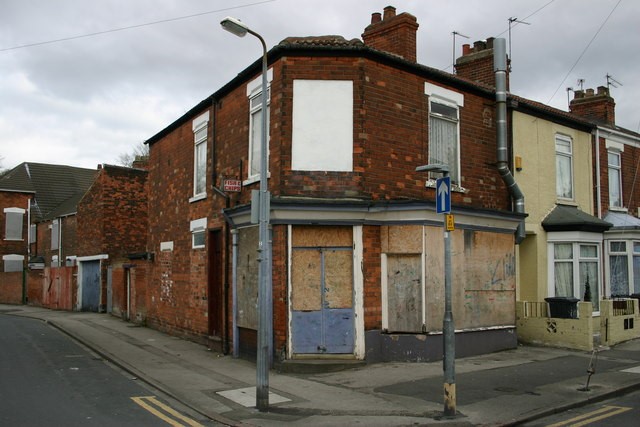 Napoleon Bonaparte is believed to have described Britain as a nation of shopkeepers. Will this still be true by 2025? The British Retail Consortium recently warned that the UK retail sector which, currently employs about 3 million people, or about one in six workers, could lose some 900,000 employees by 2025. George Osborne recently acknowledged the role the retail sector plays in our economy by announcing a headline £7bn tax cut for ‘our nation of shopkeepers’.

However, will this be enough? Competition has never been greater. The consumer shift to internet retailing has compounded the problems of price deflation, business rate rises and rising wages due to the implementation of the National Living Wage. Large retailers have therefore had to adapt working practices with the introduction of automated self-service kiosks to replace check-out cashiers, or through the use of ‘display-ready’ cardboard boxes to reduce time in stacking shelves. This has inevitably resulted in job losses.

Given these predicted job losses in food and clothing retail, which other sectors are going to take up this slack within the UK economy?

Most of the City of London seemed to head to the West Country for the Cheltenham Festival last week, making for quieter trading volumes. The main features of last week were the UK Budget, with downgrades to the UK GDP growth profile and a more dovish tone from the US Fed regarding the path of interest rate rises compared to when the rate hike cycle began in December. Both George Osborne and Janet Yellen appear far more concerned about the global risks to the UK and US economies respectively.

The more dovish stance by the Fed neatly marks the end of a two month period of supportive measures by key central banks in China, Japan, Europe and the USA, who have either loosened monetary policy or in the case of the Fed, scaled back expectations for the rate of increase. While inflation and oil prices remain low, central banks have been presented with an opportunity to be more dovish.

The move by the US Fed has led to a sharp reversal in previously bullish sentiment towards the US Dollar. This has helped extend the rally in Dollar based commodities, such as copper and oil. However, it has created a challenge for Eurozone equity investors as this adds to pressure on European exporters, which are already facing soft demand in their key end markets.

The UK Budget saw the GDP growth profile lowered to around 2.1% per annum for the next five years partly as a result of reduced productivity growth. The changes have implications for projected tax revenues so the Chancellor’s proposed giveaways in higher personal allowances, fuel duty freeze and reduced business rates for small companies was surprising. Much of this reverses in 2019/20 so George Osborne avoided breaking all three of his three self-imposed fiscal rules. However, the Budget balancing act has become more precarious with a growing rebellion amongst Conservative MPs over a planned £1bn annul cut to disability benefits. Otherwise, the Budget appeared to be a pre-European referendum holding exercise by the Chancellor and should not change the dovish outlook for BoE monetary policy. The BoE left UK interest rates unchanged with a unanimous 9-0 vote. The BoE minutes acknowledged that Brexit uncertainty had played a part in recent Sterling weakness and may also ‘delay some spending decisions and depress growth of aggregate demand’.

Following on from the ECB stimulus was one interesting piece of news from the European banking sector. The recent bank sector sell-off on worries about coco bonds contributed to a global equity sell-off. Encouragingly, last week UBS issued $1.5bn of coco bonds but had offers of interest from potential fixed interest investors worth $8bn. This, together with the ECB measures, suggests European banks are in a position to increase lending. However, many bankers themselves remain sceptical that the ECB actions will generate the desired effect. A spokesperson for Germany’s Commerzbank said ‘It will clearly help some banks by replacing more expensive forms of funding, but most, especially core banks are awash with liquidity. They are not constrained by a lack of liquidity but first and foremost by a lack of capital’.

In the USA, retail sales last month were a little better than expected but against this, there was a material downward revision to the January data. The main news from the USA however was the US Fed meeting. The Fed interest rate expectations are now for only two quarter point hikes this year, down from the four which it had indicated when it commenced hiking rates last December. The Fed is giving much greater weight than in the past to global risks to the US economy.

In China, there were newswire stories that the PBoC is in the process of drafting rules for a form of tax on foreign exchange transactions in what is believed to be a measure to curb currency speculation.

In Japan, the BoJ refrained from adding further stimulus this month, but has downgraded its outlook for the economy.

The recent rally in oil appeared to run out of steam after the Iranian oil minister said that Iran would only join discussions to cap output after its production reached 4 million barrels a day. However, it recovered as the US Dollar weakened following the more dovish news from the US Fed and a fresh story about a possible OPEC/non-OPEC meeting in late April.