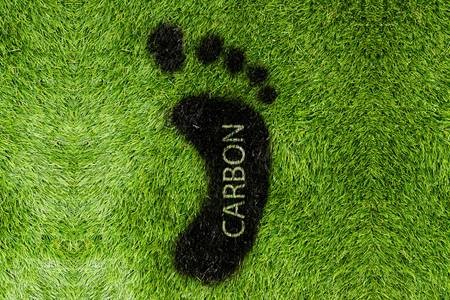 China is currently the world’s biggest producer of carbon dioxide, responsible for around 28% of global emissions. Coal the most carbon-intensive fossil fuel, accounted for over 50% of China’s energy use in 2019.

In a ‘momentous’ and unexpected move, last month China’s President Xi committed to a long-term goal on tackling carbon emissions. China will aim to hit peak emissions before 2030 and achieve carbon neutrality before 2060. Japan, the world’s third-largest economy has today mirrored Europe’s stance and has set itself a target to be carbon neutral by 2050.

Quite how China and others, will achieve this goal is unclear. In China’s case there remains many caveats with this pledge, as Xi Jinping talked only about CO2 but not, other greenhouse gases such as methane. These would put China in the top five emitters globally and it must not be forgotten that China is also biggest global financier of coal power. It is estimated to have funded 25% of coal-fired capacity outside of China in countries such as Vietnam and South Africa.

Seen as a highly political move and at a time that President Trump and the US has been dragging its feet, nevertheless, the announcement by China is being seen as a significant step in the fight against climate change. As the ‘factory of the world’, China’s lead on tackling emissions could spill-over into other countries that do not implement climate change policies themselves. China also has the ability to leapfrog straight into some new carbon technologies. For example, electric cars are a good example and with support from state subsidies, China has come to account for around half of the world’s ownership of new electric vehicles.

One of China’s top climate research institutions estimates that between 2025 and 2060 coal energy will fall by 96%, wind power will grow by almost 350% while solar will expand by 590%. However, nuclear power will form an important part of achieving the long-term emission goals.

China has many high, carbon producing manufacturing sectors such as steel, aluminium and cement. During the Covid-19 lockdown in early 2020, China’s carbon emissions dropped by 25%, but bounced back in June as coal fired-plants, cement and other heavy industries went back to work. To hit its emission goal, China will need to lead the development of greener buildings and carbon capture technologies. Many companies in the West have leading green technology which they will be looking to sell in China and will be watching the outcome of the US election closely – a Joe Biden win should de-escalate the US/China trade war.

Markets continued to be pulled between negative Covid-19 lockdown measures and positive vaccine news. US politicians continued to inch toward agreeing a new spending package to support the US economy although a deal ahead of the election looks slim. The rise in global bond yields was a notable trend last week, particularly in the US reflecting greater conviction in the likelihood of a Biden win and US fiscal stimulus.

Meanwhile, the clock continued to count down to the US presidential election and Brexit where UK-EU trade negotiations appeared at one stage to be continuing via Twitter before talks, encouragingly resumed last week!

Geo-political tensions continue to simmer. The FBI warned that Russia and Iran have US voter information with the latter accused of sending threatening emails to Democratic voters. Elsewhere, the US approved a $1.8bn arms deal with Taiwan which is likely to increase tension with China. The Chinese authorities responded by threatening to make a ‘legitimate and necessary’ retaliation.

Covid-19 lockdown measures cast a shadow across markets. The US reported record new Covid-19 cases for the second day in a row, over the weekend. Across Europe Covid-19 cases remain at record levels in most countries although testing is also a lot more widespread too. Spain announced a nationwide overnight curfew, while Italy, which again reported record infections, introduced the strongest virus restrictions since ending a national lockdown in May. By comparison, Asia appears to be moving towards business as normal intra-company but borders are still not fully open. China has finished testing all 10.9m residents of Qingdao with all tests coming back negative -if you believe the data! It is also testing 3million residents in Xinjiang province to tackle a small cluster of virus cases after reporting the highest number of asymptomatic cases in nearly seven months. Meanwhile Astra Zeneca and Johnson & Johnson have resumed their respective Covid-19 vaccine trials in the US. Encouragingly, Astra Zeneca said that the Oxford Covid-19 vaccine produces an immune response among elderly and young.

Meanwhile, in the UK, poor policy decisions continue with more regions moving into Tier 3 restrictions and ridiculous negotiations with each local authority. The perfect example being the farce over gyms which can now re-open again in Liverpool. Boris Johnson’s regional strategy is in danger of tearing the UK apart.

The EU’s Brexit negotiator Michel Barnier said that a trade deal with Britain ‘was within reach’ if both sides work hard to overcome the sticking points. Britain and the EU have resumed talks and Michel Barnier and Lord Frost have agreed a 10-point plan for this ‘next and final phase of negotiations.’ Sterling moved up above $1.30 on hopes of some sort of agreement by mid-November.

UK government borrowing hit £36bn in September as the government continued to support the economy during the Covid-19 outbreak. National debt is now 103% of GDP, the highest ratio since 1960. The Treasury announced it was scrapping its three -year spending review and will replace it with a one-year review by the end of November. The Government may have to take Transport for London back on its books the way things are going. The Conservatives nationalising a public service? Whatever next? Chancellor Rishi Sunak unveiled increased support for workers hit by the new Tier Covid-19 restrictions. Under the revised scheme, employers will pay less and staff can work fewer hours before qualifying. At the same time, the taxpayer subsidy has been doubled.

UK retail sales remain resilient and recorded the fifth straight month of expansion in September. However, while there has been some encouraging UK economic data notably housing activity and retail sales, some of the real-time economic activity indicators seem to be losing steam. The flash October composite economic activity indicator slipped back to 52.9 from 56.5 and was the lowest reading since June. Regional lockdowns and ongoing UK-EU trade negotiations are now key to business confidence.

In Europe, October’s flash PMI economic activity indicators reflected the impact of the latest round of lockdowns on business sentiment with the Eurozone composite PMI falling back into contraction at 49.4 with the service sector slipping back to 46.2, even as manufacturing hit a 26-month high of 54.4.

Finally, US President Donald Trump has a Chinese bank account and spent years pursuing business projects in the country according to a report by the New York Times. This revelation comes as we near the presidential election and given Trump’s trade war with China and criticism of US businesses with manufacturing activities in China. Yet another example of the political elite and ‘do as I say not as I do’?

Read Last Week’s Alpha Bites – A Shot in the Arm