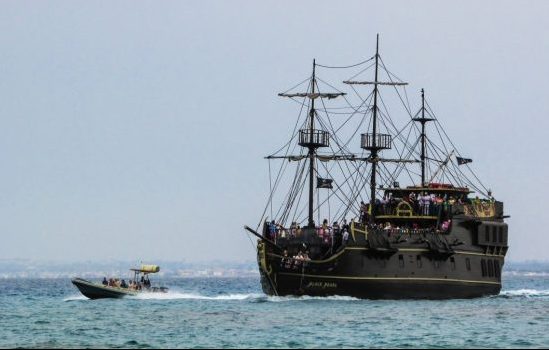 The Department for Environment, Food and Rural Affairs (Defra) is responsible for environmental protection and food production – covering both agriculture and fishing. Defra covers arguably the two most nationally sensitive and certainly well publicised links between the UK and the EU, the Common Agricultural Policy and the Common Fisheries Policy. Defra also oversees £3bn of EU subsidies to UK farmers.

According to the Government, a staggering 1,200 EU laws relate to Defra, accounting for a quarter of the entire EU legislation sitting with Brussels.

However, in context, UK farming output is roughly 0.7% of the economy while the fishing industry is estimated to contribute less than 0.5%. By comparison, the finance sector, and the City of London in particular, which has been a major beneficiary of EU membership, is now at risk from Brexit and increased European competition. In comparison, the finance services sector is estimated to account for some 13% of UK GDP. In employment terms, over 1 million workers are involved in financial activities, while there are estimated to be some 400,000 employed in farming and 12,000 UK fishermen.

The Royal Navy has taken delivery of the first of five vessels designed for fishery protection, as well as counter-piracy, anti-smuggling, border patrol, counter-terrorism and maritime defence duties. The Royal Navy Fishery Protection Squadron should receive the last £116m vessel by 2020 to safeguard UK fishing stocks after the UK leaves the EU. The fishing industry had wanted the UK to regain full control over its fishing waters in March 2019 but will remain part of the Common Fisheries Policy, until December 2020.

Fishery protection measures sound reminiscent of the ‘Cod War’ between the UK and Iceland over forty years ago. This concluded in 1976 on favourable terms for Iceland which had threatened to withdraw from NATO and so jeopardise a key underwater, anti-submarine monitoring choke point into the North Atlantic during the Cold War. Forty years on and relations between the UK and Russia have fallen to a post ‘Cold War’ low.

Cold War and possibly Cod War? Is history repeating itself?

While tit-for-tat trade tariff proposals have unsettled markets, remember neither the US or Chinese tariffs take effect immediately, providing an opportunity for negotiation. Given there are no winners from a trade war, markets are still hopeful that this proves to be a ‘phoney’ trade war.  However, markets are likely to rebound sharply with easing tensions, or slump more with further escalations.

The White House proposed new tariffs on some 1,300 Chinese products worth $50bn in trade in response to what it considers unfair Chinese practices around intellectual property rights. Beijing said it ‘strongly condemns and firmly opposes’ the tariffs. China has initially responded to the latest US tariffs by stating its intention to place a 25% tariff on 106 US products including soybeans, orange juice and beef as well as certain aircraft, trucks and SUVs. Trump then responded in turn with $100bn of potential tariffs.

There is now a two-week consultation period in the US over President Trump’s latest tariff proposals with a meeting to be held on May 16th in Washington. President Trump tweeted ’We are not in a trade war with China. Now we have a trade deficit of $500bn a year with intellectual property theft of another $300bn. We cannot let this continue’. US Commerce Secretary Wilbur Ross said he expects the threat of tariffs between the US and China will likely lead to a negotiated deal but was unclear whether such talks could happen by the end of May. White House National Economic Adviser Larry Kudlow said ‘I think we are going to come to agreements’ and went on to tell Fox News that the ‘Chinese will back down and will play ball’. Let’s hope he’s right.

In the UK, anecdotal evidence suggested that unusually bad weather had disrupted business operations and contributed to subdued consumer spending in March. Both service sector and construction activity in March dropped to the lowest level since the EU referendum in June 2016. The activity indicators suggest UK economic growth may have slowed to just 0.3% in the first quarter of 2018, although previous similar weather effects have usually reversed.

In Europe, manufacturing activity indicators remain firmly in expansion mode but eased to an eight-month low in March. Supply chain constraints appear to be weighing on output growth and raising factory input prices. Inflation picked up in March partly as a consequence of an early Easter with dearer holidays and accommodation costs. However, underlying core inflation remained at 1%, well below the European Central Bank’s target.  More headaches for the EU elite, with Hungary’s right-wing anti-immigration PM Viktor Orban claiming a landslide victory in Sunday’s general election.

Bahrain says it has discovered a new oil field which could contain up to 80 billion barrels of shale oil, dwarfing the Gulf island kingdom’s current reserves. Trade war uncertainty continued to overshadow the global economic outlook and kept Brent oil pegged at $67.

Finally, an example of the law of unintended consequences arising from a global trade war. The Chinese have proposed imposing tariffs on US pork. The leading pig producer in the US is Smithfield which, is owned by WH Group, a Chinese listed company!