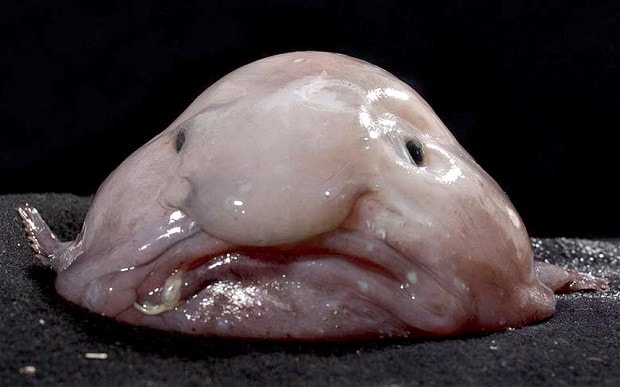 The Blobfish has, some say unfairly, been voted the ugliest creature in the world.

Ever since ‘Marmite-gate’, caused a dispute between Unilever and Tesco in October last year, food prices have progressively risen and has been a key ingredient in building UK inflationary pressures in the UK. Supermarket supply chains are truly global these days and price inflation in specific products has also been created by the effect of weak Sterling, following the Brexit vote and adverse weather conditions in key supplier regions, witness Spanish salads.

The UK’s fish lovers are also facing higher prices. Salmon, tuna and cod are our most popular fish. Salmon and tuna prices have leapt due to a shift towards healthy eating but salmon supply has been hit by disease and sea lice, while tuna has been impacted by the ‘El Nino’ weather event.

However, there’s another catch – Norwegian cod prices have risen by 30% over the last year on the back of a 45% increase in salmon prices. Cod is the UK’s most popular whitefish and we eat a staggering 382 million portions of fish and chips a year! Unfortunately, about one-third of it is imported from Iceland and Icelandic fishermen have been on strike since December. The peak cod fishing season is traditionally between February and April, so a prolonged strike and falling inventories, could spawn further price pressure.

Increased costs of holidays abroad have resulted in a sharp rise in ‘staycations’, within the UK. The fall in Sterling, has created a tourism boom with record numbers expected to visit the UK in 2017. Those choosing a ‘traditional seaside break’, may find the price of fish and chips going up. It looks as if Storm Doris wasn’t the only thing to batter the economy. No wonder inflation is continuing to creep up.

Markets continue to be pulled between elevated political risk and positive global economic growth indicators. Concerns about the outcome of France’s presidential election sent the premium fixed interest investors are willing to pay to own the country’s debt, instead of German bonds, to a post-Eurozone crisis high of over 0.8%. However, this uncertainty doesn’t seem to be affecting European manufacturers with ‘flash’ activity data suggesting an improving economic growth picture in Europe. In the US, there is also a two-way pull. The good news is Trump seems to be working on major tax reforms. The disappointing news is it appears this will now take priority over the infrastructure plan which could be delayed until 2018.

In the UK, Chancellor Phillip Hammond warned Conservative colleagues demanding more cash for social care in next month’s Budget that ‘there is no pot of money under my desk’. Treasury officials reportedly said that he does not intend to tap into the £27bn of ‘room for manoeuvre’ funds due to concerns about Brexit negotiations. Another said ‘people we speak to in the markets are not expecting an Oh my God moment around Article 50 but the bigger issue is likely to be when we get noises during the negotiating process’.

The second estimate of fourth quarter GDP saw the UK lose its position as the fastest-growing G7 economy in 2016, but overall momentum remained strong into the year end. Annual growth was lowered slightly to 1.8%, just behind Germany but the fourth quarter was increased to 0.7%.

In Europe, a fresh poll showed far right candidate Marine Le Pen could be on course to emerge as a clear winner in the first- round vote to be held in late April. Markets are viewing this as a vote of protest but still feel that Le Pen is unlikely to win in the second round of voting. However following Brexit and Trump, the polling trends are making markets nervous as a Le Pen victory would add to concern about a break-up of the EU.

In the USA, existing home sales climbed to a ten-year high in January. The minutes from January’s Fed meeting confirmed that despite the ongoing political uncertainty that US interest rates could be increased ‘fairly soon’. Markets still appear divided whether this means March or June. New US Treasury Secretary Steven Mnuchin said he expects the US to have a sustainable growth rate of 3% or more towards the end of 2018. However, there were media reports that Donald Trump may be considering delaying a proposed $550bn infrastructure spending plan until 2018 as the repeal of Obamacare and tax reforms would take priority. The White House apparently wants to pass a very significant tax reform by August.

Brent oil eased slightly to$56 after US inventories rose for the seventh week and on news of the possible deferral of Trump’s infrastructure plan.

Finally, we are relieved that Kraft decided to walk away from its potential takeover of Unilever. Having been shareholders in Cadburys we are mindful of the promises that Kraft made during its takeover of that company. Cadbury’s former factory in Keynsham, near Bristol has been converted into retirement apartments and manufacturing relocated to Poland. Furthermore, the Americans have caused ripples by changing the recipe of both Dairy Milk and Creme Eggs!
Further information about Alpha Portfolio Management, our products and services, please visit www.alpha-pm.co.uk or email info@alpha-pm.co.uk. Alternatively, you can call us on 0117 203 3460.