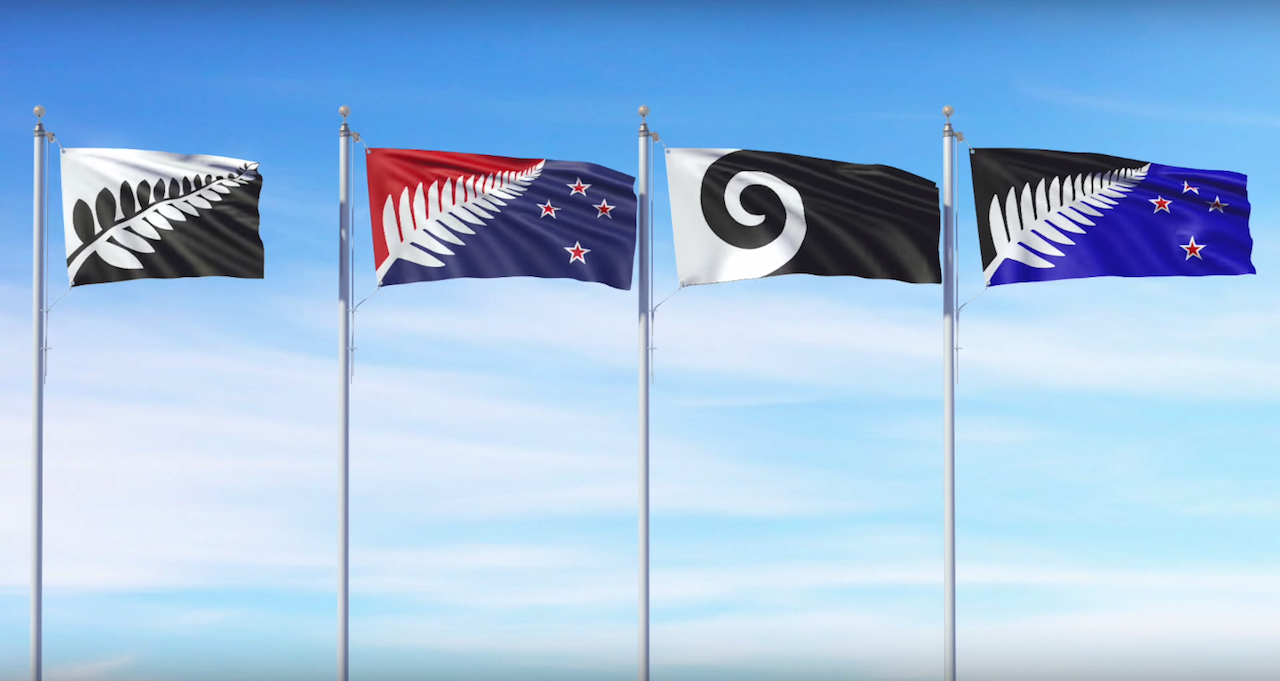 With the Rugby World Cup underway many fund managers will no doubt be out the office at various matches. Talk of rugby and thoughts turn to the favourites, the New Zealand All Blacks. Did you know however, that New Zealand has recently unveiled the final four flag designs in a public competition and national referendum to design a new national flag? These could end up replacing the existing 112-year old Union Jack emblazoned flag and use the national silver fern symbol.

Championed by recently elected Prime Minister, John Key, to promote their country. However, the exercise seems to have backfired somewhat. Now that New Zealanders have seen the final four options, a survey revealed 69% did not want to change! The cost of this exercise is estimated at NZ$30m, has also caused consternation within the country.

Which got us thinking. Following last year’s Scottish Independence Referendum and the rise of the SNP will the UK one day require a new flag? The current Union Jack features the Cross of St George and the Scottish saltire but no Welsh dragon. When the first union flag was created in 1606, Wales had already been a principality of the kingdom for some 300 years and so could not be included. Independence, but at what price? Whilst independence may have many benefits, changing the flag can be a tricky business.

China, US interest rates and Greece have all captured the financial headlines. However, the Scottish issue has not gone away, indeed the SNP intends to set out the timescale for a possible second referendum on independence in its manifesto for next year’s Scottish parliament election. There is also the small matter of an EU referendum and possible ‘Brexit’. Queen Elizabeth has recently become the longest serving British monarch but could she be the last one to fly a union jack over Buckingham Palace? Or possibly the Royal Standard, but that is another story! Before we know it, some people may even stop singing the national anthem!

In the USA, factory activity dropped slightly in August due to lower car production although this tends to be a quieter month with holiday factory shutdowns.US retail sales in August looked solid suggesting that consumer spending will continue to positively contribute to US GDP growth. However, against this manufacturing data from the New York region remained soft as a result of the strength of the US Dollar.

The Federal Reserve erred on the side of caution and did not raise interest rates. Whilst the domestic US economy is in reasonable health, it flagged concerns over developments abroad and the fragility of markets saw no change in policy. Whilst seemingly good news for markets, this actually received a fairly negative response as markets questioned whether the Fed knew something they did not.

Chinese economic data and US interest rate policy continues to occupy investor’s minds although a shift in the UK political landscape also proved to be thought provoking. Despite global uncertainty, the US led mega-merger trend continues, with news of a potential tie up between the world’s two largest brewers after Anheuser-Busch InBev said it had made a bid approach for SABMiller.

The OECD trimmed its forecast for global growth for both 2015 and 2016 from 3.1% to 3% and from 3.8% to 3.6% respectively. This it warned was due to the sharp contraction in China and a shock in financial markets which could derail the global recovery.

In the UK, the City began to consider the implications of Labour’s shift to the left following the election of Jeremy Corbyn. Mainstream thinking seems to be that this would leave Labour unelectable and enhance the Conservative’s chances of a comfortable victory in 2020. However, there may be a risk should Labour manage to strike a chord with voters on key issues or the Government performs poorly, in which case this might rattle markets. This is because potential policies include a minimum wage of £10 by 2020, nationalisation of railways and bringing the ‘big six’ utilities under public control, as well as a range of other business and equity unfriendly measures.

The UK’s inflation rate continued to bobble around zero as expected. This reflected lower petrol prices, while rises in clothing and footwear were not as strong as expected, possibly due to the poor August weather. With a benign inflation outlook there still does not appear much pressure on the BoE to raise interest rates until into 2016, and even then any increases should be gradual and limited. However, against this, the long awaited upturn in pay, which has been the missing element of the UK’s economic recovery, looks to be finally with us as wages grew by almost 3% between May and July.

In Europe, despite broader market volatility, economic data continues to reassure with industrial output expanding slightly in July. The ECB also suggested that there were increasing signs that house prices in the Eurozone are finally on the rise again, although cautioned that the recovery was likely to be weaker than in previous periods. Hopefully improving house prices and lower petrol prices should continue to bolster consumer confidence. Eurozone inflation came in below expectation in August which may increase the likelihood of the ECB extending its bond buying programme beyond September.

In Japan, the BoJ left monetary policy unchanged as expected even though it warned that slowing demand from emerging markets was dragging on exports and growth. QE plans were maintained, but given the weaker outlook additional stimulus may well be required before the year is out. Credit agency S&P cut its rating on Japanese debt from AA- to A+ in what it described as an indictment of PM Abe’s economic policy.

Oil initially rallied after data showed a sharp drop in US crude inventories. However, in a BBC interview, the Chief Executive of Royal Dutch Shell, when asked where oil prices may go next replied ‘The honest answer to that is I don’t know’.

Finally, as if we all haven’t got enough to worry about. News that North Korea’s main nuclear facility is now in normal operation and the country is improving its nuclear weapons. The world is a more dangerous place these days and just not for investors. Better raise the signal for danger. Isn’t that a red flag? Could this be why the BoE estimates that Britons are hoarding bank notes worth between £3bn-£5bn under the mattress in case of an emergency?