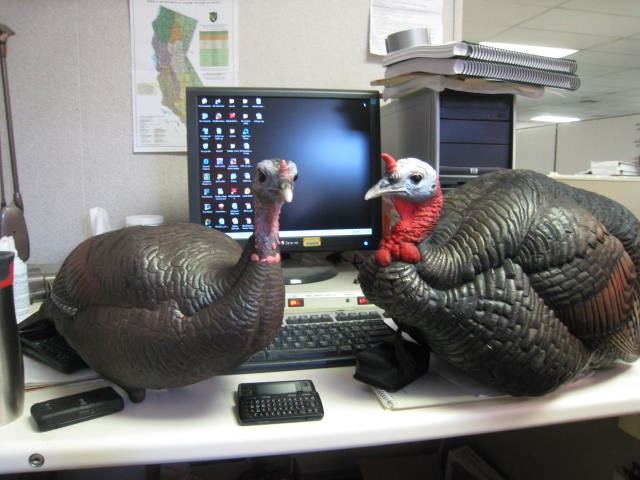 It’s getting towards that time of the year with many households beginning to panic over the most important meal of the year, the Christmas meal. An estimated 10 million turkeys will be eaten in the UK this Christmas.

The festive period tends to see many of us over indulge and consequently eat far too much.

The World Bank says that we’ll need to produce 50% more food by 2050 if the global population continues to rise at its current pace. However, the effects of climate change are predicted to impact crop yields and meat production.

Mankind is therefore turning to robotics to produce more food, more sustainably at lower cost. This includes autonomous tractors, ground-based sensors, flying drones and enclosed hydroponic farms. For example, in Japan, next year will see the launch of the first entirely automated lettuce farm. Meanwhile, in Shropshire, engineers are trying to demonstrate that it is possible to farm a field without a human setting foot in it at all. One research house is forecasting that the agricultural robotics sector could grow from over $800m currently to $16bn by 2020.

What will this mean for Christmas meals in the future? Biotech scientists are predicting that by 2030 we could be eating lab-grown turkeys. Turkey meat will be grown in huge 5,000 gallon drums, with lab operators using small slithers of breast to isolate the unique stem cells that form the meat’s muscle fibre. These cells will then be soaked in a nutrient rich cocktail of sugar and amino acids, a ‘soup’ that mimics a turkey’s insides and triggers the cell division process. Sounds delicious!

In 2016 we had the EU referendum, the US presidential election and Italian referendum with the resignation of Matteo Renzi. Europe will be the centre of attention in 2017 on the election front with a number of events looming. Against this background the European Central Bank effectively ‘tapered’ its bond buying programme but perhaps came up with a clever way to do it by extending the programme to the end of 2017. Meantime all eyes on the Italian banking sector.

Elsewhere oil was in the spotlight and the rising oil price could add to the Trump ‘reflationary’ story in 2017.

Apart from Europe, markets will also be watching the US Fed this week which is widely expected to hike interest rates.

The election related events to look forward to in 2017 include:

In the UK, the Government’s appeal in the Supreme Court to trigger Article 50 without requiring a parliamentary vote got underway. Meanwhile, MPs overwhelmingly backed Theresa May’s plan to start Brexit talks in March after she agreed to publish her negotiating plan and promised MP’s a vote on the final exit deal. The financial press confirmed the UK Government’s plans to potentially pay into the EU budget for access to the single market, which PM Theresa May is calling for a ‘grey Brexit’, somewhere in between the demands of leave and remain hardliners. Perhaps further evidence that the UK government is becoming increasingly pragmatic from its initial hard line stance. Meanwhile, Philip Hammond and David Davis have promised the UK financial services sector a ‘smooth and orderly transition’ when Britain leaves the EU. In Brussels, the EU’s chief negotiator Michael Barnier said ‘All in all there will be less than 18 months to negotiate. That is short’. He has set an October 2018 deadline with some five further months for ratification with exit by March 2019.

Sterling weakened after industrial production suffered its biggest fall in four years in October. Output decreased by 1.3% but appeared to be due to lower activity in North Sea oil and gas with the total shutdown of the major Buzzard oil filed.

In another sign of the end of record low mortgage rates in the UK, HSBC withdrew its cheapest 0.99% 2-year fixed mortgage. HSBC said that ‘over the past four weeks we have seen the cost of funding increase, especially for two and five-year mortgages‘.

In Europe, Italy and its banks remained the focus point. Bankers appeared to be running out of private sector solutions for Italy’s oldest bank Monte dei Paschi with the last resort a public bail-out to avoid a 2bn euro hit for retail bond holders. A failed rescue plan would have serious consequences for the rest of Italy’s banking sector with shockwaves likely to ripple across the wider EU financial system. European politics, the ECB and the banking system look dangerously entwined. Media reports suggested that Italy had asked for a 15bn euro loan from the ESM to support the country’s banking system. A similar bailout from the ESM to Spain was made in 2012. While the stories were downplayed by the Italian Treasury, there is usually ‘no smoke without fire’.

Elsewhere in Europe, the European Central Bank said it will extend its bond-buying programme for at least six months until December 2017. However, from April 2017 it will reduce the amount of monthly purchases from 80bn euros to 60bn euros. The ECB also suggested that it wouldn’t take a lot of change in the inflation outlook for them to accelerate the pace of tapering.

China’s foreign exchange reserves fell for the fifth consecutive month by nearly $70bn. The People’s Bank of China has sought to combat more severe softening of the currency against the US Dollar by selling the US currency from central bank forex reserves. The concern is that Donald Trump’s growth plans for the US economy could result in more aggressive hiking of US interest rates. A stronger US Dollar would complicate the Chinese government’s efforts to stabilise the renminbi exchange rate and Beijing might have to tighten monetary policy. Given the vast size of China’s corporate debt, which stands at over 250% of gross domestic product this could create quite a bit of pain. China is preparing new restrictions on outward bound foreign investment to curb capital outflows. Last week the EU Chamber of Commerce in Beijing reported that several European companies had been unable to remit dividends overseas owing to tighter capital controls.

Brent oil spiked up to $57 on news over the weekend that non-OPEC countries have joined in with production cuts. Russia and other non-OPEC countries have agreed to cut by 558K barrels a day on top of OPEC’s cut of 1.2m barrels a day. Saudi Arabia is also reported to be signalling that it might cut output more than it indicated at the last OPEC meeting on November 30th.

Finally, it is just not the way we produce food that technology could change but also the way we buy food in the future as well. Amazon has revealed plans to open a grocery shop in the USA in 2017 without a checkout process where customers will instead pay for the goods they have selected via an app.