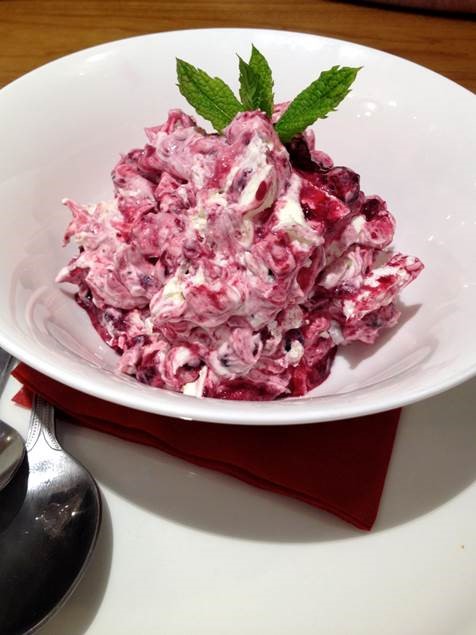 Eton mess is a traditional English dessert that typically consists of strawberries, pieces of meringue and cream. History suggests it was traditionally served at Eton College’s annual cricket match against the pupils of Harrow School and dates back to the 1930s. The word ‘mess’ may refer to the appearance of the dish.

Both David Cameron and Boris Johnson are ‘Old Etonians’. Between them have they created a new version of Eton Mess? David Cameron chose to hold the EU referendum confident that he would not lose and is to step down as PM. Boris Johnson championed the Brexit campaign, but has in turn had his political leadership ambitions well and truly wrecked. The Brexit result has created a political vacuum along with disarray in the opposition party. This has created much market angst. Today’s events can therefore be taken as a major positive. Having Theresa May as our Prime Minister removes two months of uncertainty.

What is the outlook for the UK economy and what are the wider implications for Europe and the global economy?

Uncertainty is damaging. The key risks to the UK economy look entirely of our own making. Day-to-day it’s going to be investments not happening and deals not being done. Things being put on hold are hard to see and hard to measure. The suspension of trading in a number of UK property funds is already one unforeseen consequence of the Brexit vote. The sharp falls in the share prices of many UK focused companies suggests the market believes that an economic slowdown is likely in the UK and we risk heading into recession. Economic survey evidence over the summer will therefore be critical. In the meantime, ‘uncertainty’ and ‘too early to tell’ seem to be two of the most common phrases we are hearing.

What have we been watching – the race to the bottom

Extreme risk aversion, with the yield on the Swiss 50 year government bond turning negative for the first time. Since the Brexit vote, an additional $1.2trillion of government bonds have seen their yield turn negative. The UK 10-year Gilt yield hit an all-time low of 0.74%. Concerns about the impact of Brexit upon European economic growth and in turn, global growth saw oil dip back below $47. Sterling hit a new 31 year low against the US Dollar, helpful for many FTSE 100 with US earnings but painful for many UK domestics given the amount of consumer goods imported into the UK. The property and financials sectors were also affected by the freezing of a number of UK property funds. Markets are pricing in a 78% chance of a 25bps rate cut by the BoE later this week. Sterling is now the weakest currency against the US Dollar in 2016, overtaking the Argentinian peso.

In the UK, investors appear to be taking comfort from a weak currency and seeing through any short-term angst – the FTSE 100 finished the week slightly higher. Construction activity was the first economic indicator to be released to include some post-EU referendum data, although some 80% of responses were collected before June 24th. It was much weaker than expected with a reading of 46 (under 50 is contraction), the lowest for seven years. Respondents cited reluctance to commence new contracts ahead of the vote. John Lewis reported the first weekly sales data since Brexit. While only one week’s data it showed overall department sales slowing from 6% to 2%, but with bigger ticket items such as electrical goods and furniture sales falling more sharply. Researchers GfK released its UK consumer survey taken over the last week which showed the biggest decline in consumer confidence since 1994.

The Bank of England has warned there is evidence that risks identified with Brexit are beginning to emerge. The BoE therefore eased special capital requirements for UK banks which should free up £150bn for lending. It also warned that commercial property is a key risk to the UK economy where foreign investors have accounted for 45% of all transactions since 2009. Most of the major UK property funds including Standard Life, M&G and Aviva suspended dealing. The property funds which hold about £15bn of UK property have seen a significant rise in redemptions by private investors since Brexit. Investors cannot currently get their money out of these funds but a few have offered investors the opportunity to exit but at a 15%-17% discount! Property is an illiquid asset and this shows what can happen to illiquid assets when fundamentals change.

The suspension in trading on UK property funds has in turn raised concerns that forced selling of properties by investment funds, could act as a catalyst for a steep drop in commercial property prices. As happened in the 2008 financial crisis. This in turn hit sentiment towards the UK banks which, although having reduced their exposure over the last five years currently have an estimated £85bn loan exposure to the UK commercial property sector.

In Europe, Italian banks remained under the spotlight with the world’s oldest bank, Monte dei Passchi di Siena falling to an all-time low as the ECB said it needed to reduce its non-performing loans from €24.4bn in 2015 to €14.6bn by 2018. The Italian government is still pushing the EU to allow it to provide state aid to its banking sector. One of the many reasons for concern over the continued weakness in European bank shares is the possible impact it might have on lending. The ECB appears to be playing down potential Brexit related fallout for the Eurozone, but will surely respond if inflation remains low and there are signs of stress in the banking system.

In the USA, non-manufacturing activity advanced to a seven-month high as new orders rose sharply. The US Fed minutes from the meeting held the week before the Brexit vote provided little additional guidance on member’s thoughts. Monetary policy remains on hold until the economic prospects in the USA and elsewhere become clearer. However US jobs data for June was ahead of expectations with 287,000 new jobs created, calming nerves after a two month lull with May revised down to 11,000 jobs. Despite Brexit uncertainty and the strong US Dollar, US companies are still hiring.

In China, the Caixin services sector data touched an 11 month high of 52.7 in May helped by strong growth in new orders.

Finally, whilst resignations appear to be the flavour of the month, Jeremy Corbyn appears to be carrying on regardless. In spite of the opposition from 172 of the 230 current Labour MPs, the party appears unable to resolve its own leadership crisis. Indeed the rules to challenge his leadership also appear to be, somewhat, of a mess.