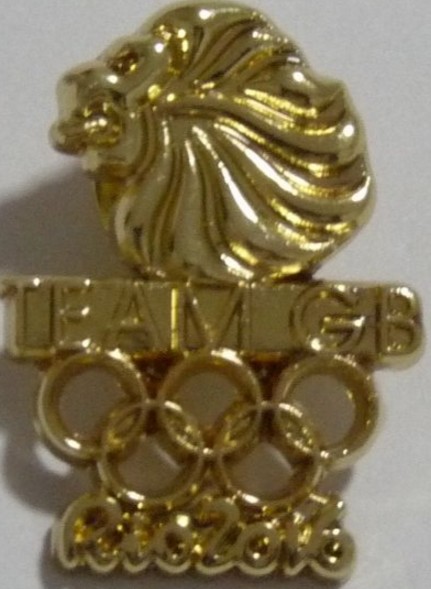 Wow! Congratulations to Great Britain’s Olympians, who have delivered in spectacular fashion in Rio 2016. It has been an Olympics fiesta like never before for Britain. Second place in the medal table for the first time in 108 years, the first nation to increase its medal count at five successive games and the only host nation to go on to win more medals at the next Olympics.

Four years of blood, sweat and tears from Britain’s Olympians aided by their coaching and support staff. The success also, no doubt reflects the support from National Lottery funding. This has created a remarkable transformation given that 20 years ago in the Atlanta Olympics that Great Britain was languishing 36th in the medal table.

Great Britain has been described by the chief executive of UK Sport as a sporting superpower given that we beat China into third place in the medal table. There will be a victory parade for the athletes on their return home but in a sign of how times have changed, this will be held in Manchester and not London.

However, while we are basking in the warmth of the Olympic Games there is a reminder that all in the world is not well. When Brazil won the right to hold the 2016 Olympic Games its economy was growing rapidly on the back of booming demand for commodities particularly from China. Today, Brazil is in recession and the Paralympic Games are facing major budget reductions with cuts to venues, the workforce and transport while ten countries may struggle to get teams to Rio.

Trading volumes have fallen right away as is usual at this time of the year with the peak holiday season. Those traders still at their desks continued to ponder the UK outlook in the wake of the EU referendum while weighing the likely global implications of continued central bank policy support, possibly soon to be accompanied by greater fiscal stimulus.

In the UK, the Bank of England (BoE) has been pro-active in undertaking more stimulus but investors are waiting on stimulus measures from the new Government. New PM Theresa May is under pressure as infrastructure spending in the UK has declined sharply since the vote to leave the EU. The value of contracts for July dropped by £1.5bn or by 23% compared to a year ago. The PM has already put infrastructure at the heart of plans to rebuild the economy but the Hinkley Point nuclear power plant is on hold and additional airport capacity for London is still uncertain.

UK consumers do not appear to have been affected yet by Brexit with a strong July sales reading. The sentiment surveys will make for interesting reading, especially those carried out after the BoE’s decisive monetary policy response.

The other Brexit related news comes from Royal Bank of Scotland (RBS) and follows the BoE interest rate cut. RBS is reported to have written to large corporate customers who hold cash on deposit in its investment banking division warning that it will impose negative interest rates from today. One banker has suggested the move would affect large clients who trade futures and options and hold cash as collateral. The introduction of negative interact rates might encourage them to deposit bonds as collateral rather than cash.

In Europe, the Euro ended last week 1.5% higher against the US Dollar, regaining $1.13 for the first time since Britain voted to leave the EU. The foreign exchange market increasingly expects the euro to strengthen, posing problems for Eurozone exports and presenting the European Central Bank with a mountainous task to support them with policies that will weaken the single currency.

Global investors may be slightly re-thinking their assumptions about US Federal reserve policy after one of the committee members suggested that a potential September rate hike remains more in play than many had assumed. Fed Chair Janet Yellen will be talking at Jackson Hole on Friday and investors will be listening for any clues. Financial futures are currently suggesting a 22% chance of a US interest rate hike in September and a 51% chance of a hike in December. Otherwise, investors continue to watch the US Presidential Election where Democrat candidate Hilary Clinton leads Republican rival Donald Trump by 8 percentage points among likely voters.

The relentless move upwards in the oil price was the other main focus of markets last week. West Texas Crude climbed by over 9% on the prospect of some sort of coordinated production freeze by major producers. This appears to be similar to what happened ahead of the previous meeting in Doha. Like the previous occasion, national oil companies may attempt to ramp production volume ahead of the International Energy Forum in Algeria on 26th September.

Finally, after the stunning success of Team GB, for those who may need to bring yourselves back down to earth after a wonderful fortnight of sports at Rio 2016, may we suggest watching the film about Eddie ‘the Eagle’ Edwards. For those that don’t know, this is about an unlikely GB entrant into the Ski Jumping at the 1988 Winter Olympics. We Brits do like to support the underdog!