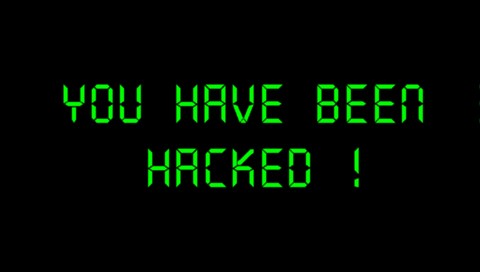 Yahoo recently confirmed that user details for half a billion people, including names, passwords, email addresses, phone numbers and security questions were taken from the company’s network in 2014. This is the largest security breach in history and took two years to disclose! This came to light following Verizon’s $4.8bn acquisition of Yahoo. Verizon is now reported to be seeking a $1bn reduction in the purchase price to take into account the security breach.

On the same day as the news of the Yahoo breach, it was announced that The White House was looking into a cyber breach after what appeared to be a scan of first lady Michelle Obama’s passport was posted online.

These two examples are yet another demonstration, if one were needed, of how real the cyber threat is and how it can impact each and every person with a digital presence. According to a report by one quoted cybersecurity firm almost 50% of UK board directors see cyber threats as a bigger risk to business than market volatility. UK telecoms firm TalkTalk has recently been fined £400,000 for poor website security which led to the theft of personal data of nearly 157,000 customers.

Some people are now reported to be suffering from ‘security fatigue’ due to the number of passwords, pin codes and other secure credentials they have to remember.

We continue to seek investment opportunities in cyber security but likewise remain wary of those businesses that may be vulnerable to cybercrime.

Two themes emerged last week. In the UK, it was a question of ‘hard or soft Brexit’ while in Europe stories began to circulate that the European Central Bank (ECB) might be starting to think about scaling down QE stimulus ahead of plan. To add further excitement there was also a ‘flash crash’ in Sterling while in the USA the Republicans appeared in crisis as some leading officials abandoned the Trump campaign.

Hard or soft Brexit? Following PM Theresa May’s comments last weekend and then those by Chancellor Phillip Hammond, markets decided ‘hard Brexit’ was more likely. Sterling dropped over 4% last week or by nearly 9% at one point due to the algorithmic computer trading driven flash crash. This morning it is under $1.24 which is now almost 16% down so far this year.

About 70% of the FTSE 100 earnings come from overseas and about 50% of the FTSE 250 so the fall in Sterling helped propel the indices close to all-time highs before the ECB tapering stories dampened spirits. Weak Sterling will however add to inflationary pressures and the indicative medium term rate based on the ‘break-even’ point- between traditional and index-linked gilts is about 2.7% compared to the Bank of England’s target of 2%.

The International Monetary Fund (IMF) warned that the global economic recovery remains weak and precarious with a risk that the tepid growth becomes self-perpetuating. It warned that Brexit would have negative macro-economic consequences for the world economy but more significantly downgraded its growth expectations for the USA. The IMF expects China to grow at 6.6% in 2016 slowing to 6.2% in 2017. The IMF is currently forecasting world growth of 3.1% in 2016 and 3.4% in 2017.

The scariest figure to emerge from the IMF however was the estimate of growth in global debt to a record $152 trillion ‘and rising’. The reason, perhaps, why central banks are reluctant to raise interest rates and why there are concerns about the finances of some emerging economies and some bank balance sheets?

In the UK, Phillip Hammond said that the UK will face at least two years of economic turbulence along with a period of fiscal uncertainty. He also added that business confidence would likely go on a bit of a roller coaster, as the Brexit process gets underway. He also confirmed that the previous fiscal targets have been abandoned, although he is still aiming for a balanced budget in the medium term. There was a clear steer towards the delivery of some stimulus in next month’s Autumn Statement with infrastructure and housebuilding the immediate priorities. Meanwhile, the deputy governor of the Bank of England warned that the Brexit effect on the UK economy could be subtle ‘with business decisions to expand that might otherwise have been taken, are delayed.’ However, activity in the UK services sector which accounts for almost 80% of the economy hit a 7-month high in September. The fall in Sterling also fuelled the sharpest rise in input prices for over 3 years.

In Europe, stories were circulating that the European Central Bank (ECB) might be considering a similar course of action to that of the Bank of Japan (BoJ). The BoJ recently made some tentative steps towards changing the emphasis on its QE stimulus programme by shifting to QQE (Quantitative and Qualitative monetary easing). While only a rumour there is usually ‘no smoke without fire’ and central banks do need to eventually wean markets off aggressive QE stimulus. Could the ECB therefore possibly consider tapering QE before it is currently scheduled to end in March 2017? The Euro and German government bond yields moved higher on this story underlining just how sensitive markets are to any hint of tapering. However, economic data remains sluggish with Eurozone business activity in September expanding at its weakest rate since early 2015.

In the USA, September manufacturing activity picked up after a blip in August thanks to strong new order flow. Non-manufacturing activity also picked up nicely in September after a few months of lacklustre readings. The presidential election race took yet another turn when historic TV footage emerged of Donald Trump making vulgar comments about women. The subsequent second TV debate saw Donald Trump launch a ferocious attack on the Clintons.

Hurricane Matthew led to a temporary shut- down of oil production facilities in the Gulf of Mexico which helped push Brent oil above $52. However, the price edged back after comments from Russia’s oil minister who dampened hopes that an agreement on non-OPEC production cuts would be reached.

Finally, despite the recent bright sunshine, the seasons have changed and it won’t be long now before many households see the annual ritual of when to put on the central heating. Due to the ‘internet of things’ and the ability to see and control your heating from a smartphone app, at least some of you at work will now be able to monitor whether loved ones at home are tampering with the controls while you are not there!