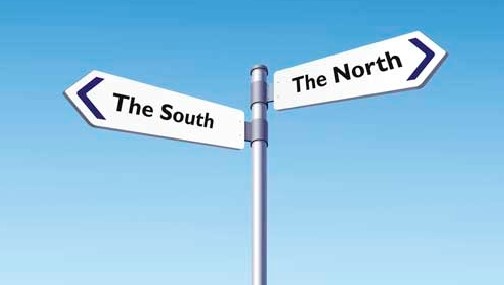 According to press reports, George Osborne remains committed to the ‘northern powerhouse’ dream and will chair a new body imaginatively titled, the Northern Powerhouse Partnership. A lot has been written of the apparent North / South divide in the UK post the EU referendum, are there any themes emerging? We have scrutinised company result statements and met with management teams. People remain very guarded with their comments. We, like many observers, are monitoring developments closely and watching for any clues.

The Brexit vote may be creating a bit of a divide between the North and South of the country, in terms of company and consumer behaviour. Could it be that the North of England, with a greater manufacturing and industrial base, is less cautious as exports are being helped by weak Sterling? By comparison, the South of England has basked in the growth of the London economy in recent years but with Brexit uncertainty in the financial services sector and perhaps an overheated property market, is there is a bit more caution creeping in?

How do we arrive at this theory? A national pub group recently confirmed that since the EU referendum, its Northern pub estate had outperformed that in the South. Secondly, post Brexit, a regional property company which, specialises in industrial units, reported exceptionally strong interest in manufacturing facilities in the Midlands and North, with demand almost outstripping current supply.  Straws in the wind?

In our part of the world, the South-West, many of our local manufacturing businesses appear pretty upbeat about trading in view of Sterling’s decline. No doubt the Governments recent decision on the Hinkley Point nuclear power station will provide a major boost to the local economy. But how committed will Theresa May’s Government be to the rumoured £50bn investment in HS2, the ‘high speed’ rail link project? Work is due to begin next year and will dwarf the investment in the contentious Hinkley development.

There will be winners and losers, but could London and the South-East prove to be more vulnerable to a Brexit shock?

It has been an interesting week in the markets. Following several weeks of relatively stable prices, volatility seems to have returned. We saw declines across most equity indices during the first half of the week, which were partly recovered on Thursday. Once again, central banks seemed to influence investor sentiment, while the uncertain outcome of the US elections continued to be a topic for discussion.

The beginning of last week was marked by a series of speeches from members of the Federal Reserve. Ms Brainard’s dovish comments implied that the risks of raising interest rates too soon outweighed those of waiting, even if this means overshooting the inflation target. The US is seeing gradual improvements in the labour market and, according to Brainard, it would be unwise for policy to foreclose on the possibility of making further gains. As a result, the odds of a September hike were down 6 percentage points to just 22%.

In the UK, the Bank of England announced they will start corporate bond purchases on September 27th. This decision will further contribute to the glut of new issues hitting the credit market. National Grid issued £3bn of new debt in what is the biggest Sterling credit deal by a non-financial UK company ever. It actually attracted over £6bn of orders in the process.

On Tuesday, inflation data came out at 0.6%, which was below expectations. However, factory gate producer prices spiked from 0.3% in July to 0.8% in August, suggesting that further rises are on the way. The effects of sterling’s recent depreciation will eventually feed through to consumer prices, while the contributions from last year’s decline in oil prices will continue to wane.

As a result of supportive post-Brexit data, including strong UK labour market data, the Bank of England decided to leave interest rates unchanged. However, the Committee continues to support a further cut to close to zero before the end of the year as their forecasts for a slowdown in the economy remain unchanged.

Galliford Try, a housebuilding and construction group, reported positive full year results last week. Nonetheless, they highlighted the fact that the company has been taking a more cautious approach to land acquisition in line with similar comments from others in the sector. They also admitted the speed of some work coming through the public sector remains slower than expected. The Autumn Statement on 23rd November will be closely watched, and it is widely expected that policies on housing and infrastructure will take centre stage.

In the US, Fed speakers drew much attention, reflecting how dependent the relationship between capital markets and central banks has become over recent years. An interesting point to highlight is the extent to which share and bond prices have been moving in the same direction over recent months. This certainly presents a challenge for investors, as the traditional method of reducing exposure to equities by investing in fixed income in an attempt to reduce risk may prove questionable. Have central banks created their own trap?

In Europe, regional elections gave Chancellor Angela Merkel’s party its worst result in Berlin since the end of World War II, leaving the two biggest parties without a majority to run the German capital. Alternative for Germany took about 14 percent, which indicates the increasing discontent of some voters with Merkel’s migration policies.

Deutsche Bank, Germany’s biggest lender, is being targeted by the US Department of Justice with a record $14bn fine. The bank is being accused of misleading investors about the values and quality of complex mortgage-backed securities sold before the financial crisis. Although it is expected that Deutsche will not settle the entire amount, the share price fell about 9% on the news.

This week attention turns to the Bank of Japan. A report produced by the Nikkei newspaper on Tuesday suggested the BoJ is expected to consider the idea of cutting rates further. A different article from the Wall Street Journal, however, stated that a fraction of the board seems to be less confident about the effectiveness of bond purchases and are also concerned about the availability of bonds to buy. This will be an important decision to watch as the Bank of Japan is at the forefront of monetary policy.

Oil prices also experienced a considerable decline throughout the week as a result of a bearish update from the IEA. The report concluded that the resilience of the US shale industry and new streams of oil production threaten to keep pressure on prices. In addition, output from non-OPEC countries is expected to expand next year which could potentially leave the market with more than 750,000 b/d of excess supply, providing OPEC’s production remains at current levels.

And finally…. Larry the cat, Chief Mouser to the Cabinet Office has been scrapping with Palmerston from the Foreign office. To even up the odds, Larry now has a new collar and bell. No.10 won’t be able to rely on stealth and light-footedness before launching their attack. Watch out Theresa May!