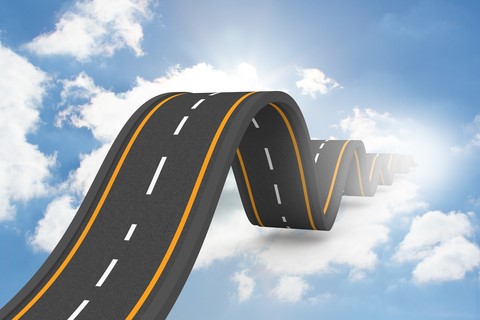 ‘It’s going to be a beautiful thing’. A triumphant Donald Trump’s first words on winning the US election. Markets have seen things somewhat differently. Trump’s opening words were broadly placatory, with a heavy focus on the US economy and ‘renewing the American dream’. ‘We’re going to fix our inner cities and rebuild our highways, bridges, tunnels airports, schools and hospitals and we’ll put millions into work as we build’. He added ‘We’ll double growth and have the strongest economy anywhere in the world’. However, potentially raising fears of the introduction of protectionist policies he said ‘I want to tell the world that while we’ll put America’s interests first, we’ll deal fairly with everyone’.

For the first time, a US business man with little political experience has won the Presidential election. Markets had not been pricing in a Trump win despite the close nature of the US election. The World has to adjust to the perceived increase in geopolitical and economic risk. Clearly there are winners and losers. Trump’s intention to re-negotiate the North American Free Trade agreement means Mexico is one of the biggest losers. Trade protectionism will also have repercussions for China.

US treasuries reacted badly to the news as concerns grew about a possible inflationary ‘borrowing binge’. Has the 30-year bull market come to an end? Apparently, some $1trillion has been wiped off the value of bonds globally since Trump’s opening speech. A warning sign perhaps?

Contrary to initial fears, equities initially reacted positively to Trump. Bond holders however, have taken some pain where extreme yield levels, give little margin for comfort.

The UK equity market was called to open sharply lower on the morning of the US election result. In the event, the initial fall was much less than expected and the FTSE 100 rallied. This was driven by mining shares and businesses involved in US infrastructure and defence spending. The market was also supported by a relief rally in big pharmaceutical businesses that would have been heavily penalised under a Clinton regime. Life insurers, another major sub-sector of the FTSE 100 was up on hopes of the removal of more onerous regulatory burdens in the US.

Rising bond yields however saw a number of ‘bond-proxy’ income shares subsequently fall in value. Concerns that Trump’s massive fiscal stimulus could stoke inflation has led to a global sell-off in bonds. Even UK gilts have been caught up in this with the 10-year gilt yield climbing back above pre-Brexit vote levels to 1.36%. By comparison despite volatility in bond and currency markets, Sterling rallied against the US Dollar to around $1.26.

In the UK, the Halifax house price index for October contrasted sharply with the flat reading from the Nationwide’s version, with prices up by 5.2% year-on-year. BRC retail sales data for October saw the strongest growth since January but did reflect higher fuel prices.

In Europe, German industrial orders dropped slightly with the weakest reading since April. Eurozone retail sales dipped slightly in September. The EU kept economic growth expectations for the Eurozone unchanged at 1.7% but due to Brexit uncertainty has shaved its 2017 forecast to 1.5%.

Japanese Q3 GDP came in ahead of expectation at +2.2% as exports grew at the fastest pace in a year but household consumption and investment were flat.

Chinese trade data for October reflected still subdued global growth with exports down by 7.3% year-on -year and imports down by 1.4%. October activity was mixed but broadly in line with official targets. Fixed asset investment was in line with forecasts, but retail sales growth of 10% and industrial output growth of 6% were both lower than expected.

Brent oil eased slightly to $45 on increased risk-aversion following the US election result. OPEC also issued a report with a range of predictions for long-term oil demand. The most cautious view suggested that global oil demand could peak within the next fifteen years as quicker adoption of alternative fuel cars and more aggressive climate targets. However, its core assumption is that oil demand continues expanding to 2040 if countries are less aggressive in trying to curb emissions. Royal Dutch Shell recently suggested that global oil consumption could stop growing within five to fifteen years. However, Donald Trump has said during his campaign that he would ‘cancel’ the Paris climate change deal! In the meantime, the market remains sceptical about OPEC’s ability to cut output at its next meeting on November 30th. On Friday, OPEC reported that is output had hit another record high.

Finally, one unforeseen consequence of Donald Trump’s election victory. Canada’s immigration website crashed last Wednesday due to a higher than normal level of traffic. It has been suggested that this may have been caused by US citizens exploring their options following Donald Trump’s win. In addition, New Zealand’s immigration website saw a 2,500% increase in traffic as the result of the US election came in!