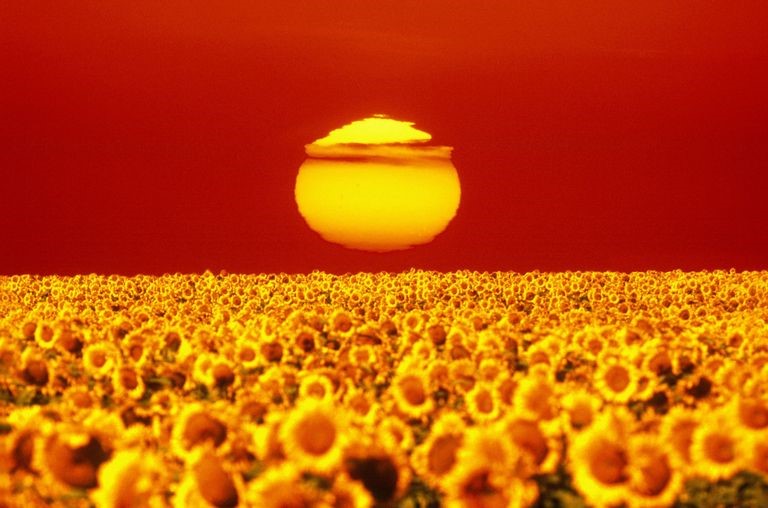 It’s not just us Brits that are becoming obsessed with the heat.

The recent record-breaking heatwave in the UK, which saw the hottest day since 1976, made us grateful for an air conditioned office.

Air conditioning was invented by a young American engineer, Willis Carrier in 1902. By 1980, America was using half of the world’s air conditioning. Emerging economies have caught up quickly and China will soon become the global leader in the use of air con. The proportion of air conditioned homes in major Chinese cities has grown from under 10% to over 66% in the last 10 years. However, in the UK, whilst most homes have central heating, less than 1% have air con.

Air con has changed urbanisation and demographics. It is hard to envisage the rise of cities like Shanghai, Dubai or Singapore without air con. The growth of air con looks set to continue with 11 of the world’s largest 30 cities in the tropics.

Air conditioned offices, according to one US report makes workers 24% more productive. Economists have since confirmed the relationship between productivity and keeping cool. Human productivity is estimated to peak between 18C and 22C. A NASA study has even suggested that productivity falls by 3.6% for every degree over 22C.

However, there is a catch.  A study in Phoenix, Arizona found that the hot air pumped out of air con units increased the city’s night-time temperature by 2C. We have become more productive but at what cost to a decent night’s sleep or planet earth?

The mini-taper tantrum in bond markets continued last week despite media reports that the European Central Bank might be considering a ‘softer taper’ approach to its QE stimulus programme. Fixed interest markets remained unsure with the yield on German bunds continuing to rise to an 18-month high. In addition, markets were also unsure, about US Fed guidance on monetary policy. The yield on 10-year US Treasuries has risen in about two weeks from 2.14% to 2.4%. This in turn has hit equity sentiment particularly ‘bond proxy’ income equities which have drifted lower as bond yields have increased.   Rising tensions between the USA and North Korea gave investors something else to fret about. A number of global companies including Reckitt Benckiser, WPP, Mondelez and AP Moller-Maersk warned that they had been affected by the previous week’s global cyber-attack.

The G20 meeting included news that global regulators believe they have tamed the ‘toxic parts of the shadow banking market’ that contributed to the financial crisis ten-years ago. It’s scary to think that AIG, the US insurer, which got into trouble selling subprime mortgages needed a $180bn bail-out and that was just the tip of the iceberg. It would be nice to be able to say that this could never happen again but that may be wishful thinking! Markets should learn from previous mistakes but we know many have short memories. Just consider the current concerns about consumer credit levels and car financing through Personal Contract Purchase (PCP) deals in the UK as one example.

Relations between China and the USA deteriorated noticeably last week. Beijing complained after a US navy destroyer sailed past a disputed island in the South China Sea. Things were not helped by the US concluding a $1.4bn arms sale to Taiwan and the imposition of sanctions on a Chinese bank for trading with North Korea. Then to test US patience, North Korea launched a medium-range intercontinental missile that landed in the Sea of Japan. US Secretary of State Rex Tillerson called the missile test a ‘new escalation’ from a ‘global threat’. Donald Trump tweeted ‘So much for China working with us’. The US has said it will use its ‘considerable military forces’ on North Korea ‘if we must’.

No fresh news on Brexit but a turf war is reported to be underway in Whitehall given the power vacuum in Downing Street. Meanwhile, Europe has its own problems which will need monitoring given the likelihood of an Italian election in the not too distant future. The EU vowed to help Italy control a surge in migration. Diplomatic tensions rose as Austria revealed it had troops on standby to control migration inflows along its border with Italy.

In the UK, factory activity grew much more slowly than forecast in June with export orders rising at the weakest pace in five months. There was a slowdown in construction sector growth in June due to delayed decision making on large projects which is not surprising given the election. Car sales dropped by 4.8% in June across private, fleet and business registrations. The Office for National Statistics (ONS) said that real household disposable income is falling at the steepest rate since 2011. According to the Halifax, UK house prices edged 1% lower in June with the underlying trend  flat reflecting weak underlying demand offset by a sharp contraction in the number of homes for sale. The raft of soft economic data saw Sterling edge back to under $1.29, as it would seem to undermine the case for an interest rate rise with economic growth forecasts being lowered.

In Europe, factory activity reached a 6- year high and manufacturers have seen a recovery in selling prices which should be welcomed by the ECB that has been fretting about weak core inflation. The Italian government rescue plan for Banca Monti De Paschi Di Siena, once again involving state money, was approved by the European Commission.

In the USA, factory activity in June was well ahead of market expectations with strong growth in new orders. The minutes of the Fed June meeting revealed that the decision to raise interest rates  was accompanied by an increasingly wide range of views about the persistence of the undershoot of inflation and hence the appropriate time to begin unwinding the central bank’s crisis-era economic stimulus programme which could be within the next few months. Jobs data was significantly better than expected.

In Japan, bond yields have also been edging higher.  Japanese bonds hit their highest level since early 2016 although the Bank of Japan stepped in and commenced buying to cap the rise.

Oil recovered towards $50 but then retreated to $47 as Russia was reported to have said that it was opposed to any proposal to deepen OPEC-led cuts in production. OPEC nations exported more oil in June than in May calling into question members resolve to adhere to output cuts. In the meantime, US oil output continues to increase.

Finally, for those of you who have ever had problems with builders…. French energy supplier EDF has estimated the cost of completing the new Hinkley Point C nuclear plant will be nearly 10% more than expected or an additional £1.5bn. Oh, and by the way it’s probably going to take 15 months longer to build. ‘Well you see gov’ you just can’t get the parts these days’.