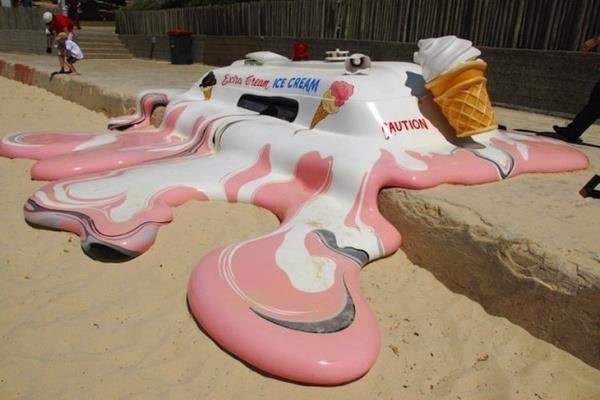 Those of us of a certain age might well have some fond memories of the golden summer of 1976. Whilst many of us enjoyed the endless days of summer sun, the country was actually in crisis, caught up in the worst drought for 250 years. This led to the appointment of Denis Howell as Drought Minister – 2 days before the weather broke and from memory, it then rained until Christmas!

The big difference between the heatwaves of 1976 and 2018 is, that back then, the UK was one of the warmest places, relative to normal across the globe with most other areas cooler than average. Now we are experiencing a global heatwave, with economic consequences.

The weather across Europe has become too hot to handle. It’s not only the farmers that are suffering, French nuclear power plants are also at risk. Rivers that supply water have become too warm to cool the reactors. As a result, power company Electricite de France SA, may be forced to cut output. France generates more than 70% of its electricity from 58 nuclear power stations. As a net exporter of electricity in the EU, any reductions in output could have far reaching consequences.

Our extreme weather conditions have also produced something of a ‘wind drought’, leaving wind turbines becalmed. July’s output from the UK’s fleet of wind turbines was down 40% on the same period last year. Solar operators are enjoying the weather, providing almost 17% of the country’s electricity last week, but they can’t fill the gap.  As a result, average British wholesale power prices averaged around £56 pounds per megawatt hour over June and July around 40% higher than the average for the same period in 2017.

Soaring temperatures, more Trump tweets, this time aimed at Iran and a disappointing trading update from Facebook that resulted in a share price fall of 19%, resulting in the largest ever decline in value of a US listed company in a day.

President Trump met the European Commission President Juncker which suggested a possible ‘ceasefire’ in the EU/US trade war. Meanwhile, the Chinese government announced a series of stimulus measures to counteract the effect on the domestic economy from $500bn of potential US trade tariffs. The Chinese Yuan continued to weaken so could we have a developing currency war to go with the potential trade war? Bond yields are edging back up once again with the US 10-year Treasury yield at nearly 3%. Trade wars tend to be inflationary. Steel prices are at their highest level since 2013 and some US branded consumer goods businesses are already warning about higher input prices.

Trump and Juncker appeared to reach a ceasefire in the US/EU trade war. Specifically, they agreed to expand European imports of US LNG and soybeans whilst both agreed to lower industrial tariffs. Trump said that the US and EU were to work towards ‘zero’ tariffs calling it a ‘new phase ‘of trade relations. The two sides also said that they would try to ‘resolve’ steel and aluminium tariffs imposed earlier this year by the US. Interestingly, cars were not mentioned which, was the main point of contention ahead of the meeting. American media reported that Trump is still seeking to impose a 25% tariff on some $200bn of ‘foreign made cars’. Equity markets took some comfort from the ‘cease fire’ although uncertainty remains about the car industry. Quite what this means for US/China trade relations remains to be seen as the problems are more deep-seated. Trump may feel he is in a strong position following the release of US economic data to which he tweeted ‘the US has the best financial numbers on the planet’.

Turning to Brexit, PM Theresa May will now lead the UK’s Brexit negotiations with the EU which was taken positively by Sterling, presumably on the assumption that it makes a ‘softer Brexit’ all the more likely.  However, the EU does not appear enamoured with her Brexit plan on the customs union. The Irish foreign minister dismissed talks of ‘no deal’ on Brexit as ‘bravado’ by the UK and suggested the Irish government would support the UK for more time to negotiate a Brexit deal by extending Article 50.

In the UK, following the new pay deal for NHS staff announced in March, a million public sector workers are to receive their biggest pay rise in nearly ten years. Government departments will have to fund the pay rises, as no new funds will come from the Treasury.

Growth in the US economy accelerated in the second quarter at an annualised rate of 4.1%. Growth was supported by consumer spending and exports, with US businesses and farmers increasing overseas sales to beat the imposition of trade tariffs.

China’s State Council unveiled pro-active measures to aid economic growth. Fiscal policy will be more ‘pro-active’ while liquidity conditions will be ‘reasonably adequate’. The government re-iterated that they intend to avoid aggressive loosening like that undertaken in China in 2008/9. Nonetheless, the statement would seem to confirm the official policy stance changing from ‘tightening’ to ‘loosening’. The latest measures proposed include $160bn of tax cuts including tax breaks on R&D investment and $200bn of local government special bonds for infrastructure projects.

Brent oil recovered to over $74 after President Trump threatened his Iranian counterpart, Hassam Rouhani, with ‘severe consequences’, escalating a war of words between the two leaders. Equity markets were less concerned given the US President has used similar tough language on North Korea.

Finally, according to the IMF, Venezuela’s inflation rate is expected to hit 1,000,000% by the end of 2018. This is comparable to Germany in the 1920’s and Zimbabwe in the 2000’s. As recently as April, the IMF had forecast Venezuelan inflation at 13,000%. A cup of coffee in a café in Caracas is reported to cost 2 million bolivars compared to 2,300 bolivars some twelve months ago!