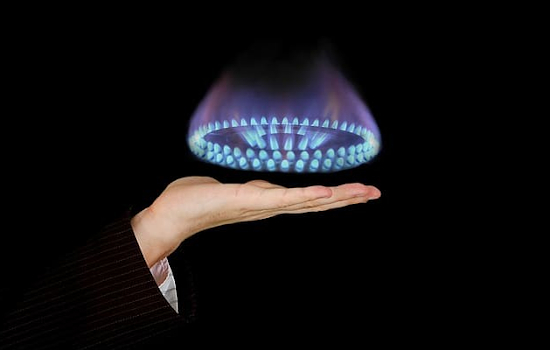 Alongside a tragic loss of life, coronavirus is having all sorts of ramifications globally and amongst the commodities to be hit, is liquified natural gas (LNG).

Natural gas is greener and a cheaper alternative to oil. However, an excess of supply, has seen the price recently fall below $3 per million British thermal units, and is almost 75% below its peak in 2018. This is due partly to a mild winter, but also concerns about coronavirus and slower Chinese economic growth.

China is the world’s second largest buyer of LNG, but has slowed investment in the infrastructure needed for more coal-to -gas switching in both residential heating and industry. Meanwhile, Japan, which became the largest buyer of LNG in the wake of the 2011 Fukushima nuclear power disaster has restarted some of its nuclear generation and has also experienced a mild winter.

On the supply side, Australia has commissioned several new LNG projects, overtaking Qatar as the top LNG producer, while the US has seen LNG output grow due to the development and growth of its shale energy industry.

While the lower prices could make LNG more attractive relative to coal, it may also deter the development of some new capacity. Given that many companies and countries are considering natural gas as a means of a lower carbon future, the current excess supply and low price is good news but it may not be if it discourages the development of more LNG resources in the long-term.

The death toll from coronavirus, or Covid-19 as it is now officially known, continued to rise in China.  Nevertheless, global equity investors have appeared inclined to believe the more sanguine assessment of the coronavirus outbreak provided by the Chinese authorities, specifically the suggestion that the worst will be over by April. However, this view was challenged last week by a sudden spike in reported deaths and cases due to a change in the method of record keeping within Hubei province. However, market sentiment has been helped by news from a number of global companies which have reported that their factories in China have re-opened, albeit some are expected to operate below full capacity in the short-term.

The key remains as to whether coronavirus spreads into the Western world. Meanwhile, risk assets have been supported by the absence of any hint from the US Federal Reserve that the central bank liquidity tap might be turned off. The potential hit to global economic growth from the coronavirus outbreak is increasing investor confidence that central banks will remain firmly in stimulus mode and some European markets briefly touch new highs before the latest coronavirus spike.

The possible short-term impact of the Chinese coronavirus outbreak on global trade was reflected in the general shipping market bellwether, the Baltic Dry index which fell sharply to its lowest level since 2016. Meanwhile, the car industry, with a global supply chain and ‘just-in-time delivery’, is most exposed to short-term coronavirus disruption. Nissan is to shut one of its car factories in Japan for a few days due to a shortage of components from China, while Hyundai has temporarily closed its factories in South Korea for similar reasons. BMW confirmed its Chinese manufacturing facilities have been shut until today but said there are currently no knock-on effects regarding the supply of parts.

In the UK, the government gave the go ahead for HS2 which is the UK’s largest ever infrastructure project. This is an attempt to deliver an immediate boost for Conservative voters in the Midlands and North of England. The Royal institute of Chartered Surveyors confirmed the post-election improvement in the UK housing market. Meanwhile, PM Boris Johnson has undertaken a major Cabinet reshuffle, the main surprise of which was the resignation of Chancellor Sajid Javid just four weeks from the Budget. He is replaced by Rishi Sunak, formerly chief secretary to the Treasury. The Budget is likely to be postponed slightly. Is the PM considering more government borrowing to fund tax cuts and even bigger increases in public investment?

In the US, Federal Reserve (Fed) Chair Jerome Powell’s monetary policy testimony to Congress described the US economy as resilient, while acknowledging the additional headwind to global growth from coronavirus. Separately, US job vacancies which tend to be a lead indicator for employment, fell significantly in December. The US stock market was however supported by news that President Trump is considering tax incentives for low earners to invest in equities.

Japan’s economy contracted by 1.6% in the fourth quarter of 2019. Consumer spending dropped in October after a sales tax hike, while in the same month Typhoon Hagibis hit large parts of the country.  Investors are now watching for any impact on tourism and exports from the Chinese coronavirus outbreak.

In China, inflation jumped to 5.4% in January as pork prices spiked on the back of African Swine Flu, which has decimated the country’s pig population. Meanwhile, although traditionally a quieter month, new car sales fell by 18% in January. The People’s Bank of China continued to undertake additional measures to support the economy during the coronavirus outbreak by trimming its one-year minimum lending facility.

Brent oil picked up off its recent low to $57.The International Energy Agency predicted oil demand is set to fall year-on-year for the first time since the financial crisis in 2009 due to the coronavirus outbreak. In the meantime, while a technical committee suggested OPEC+ cut output by a further 600,000 barrels of oil a day, Russia has dragged its feet on the matter.

Finally, a sign of how ‘times they are a changing’. Apple Watch is believed to have outsold the entire Swiss watch industry in 2019 with some 31million units sold compared to 21 million traditional watches.