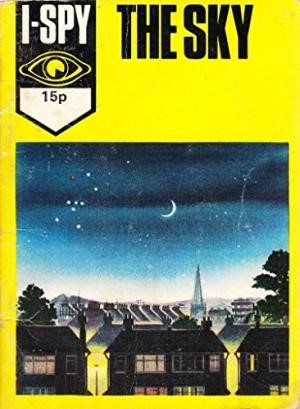 A British company has announced its intention to launch a new constellation of Earth observation satellites. Earth-i is planning to launch a prototype satellite later this year for testing, with the expectation of a further five platforms to follow in 2019.

The satellites will deliver rapid high-resolution imagery of the planet in still and video formats detailing features just under a metre across. Governments have long made use of earth observation data for mapping towns and cities to plan infrastructure projects. Now commercial organisations are becoming interested. For example, the military uses satellites to monitor enemy facilities, global commodity traders could use the technology to gain insights into supply chain activity at particular factories, ports, mines and oil fields.

The technology has drawn the interest of the European Space Agency which is early discussions about using the Earth-i data, in the service offered by Copernicus, the world’s largest earth observation programme.

Earth-i was founded in 2013 by aerospace engineer Richard Blain. The company is currently seeking £100m of funding, for the next three years to push ahead with the project of owning their own constellation of satellites.

The UK government has prioritised the space sector as one of its growth projects and hopes to capture a 10% market share by 2030. The target, if achieved would boost the space sectors contribution to the UK economy from £13bn to £40bn. However, the Government ‘threw a spanner in the works’ last week by abandoning a cap on satellite operators’ liabilities. The Chairman of UKspace, Richard Peckham, said ‘If you cannot buy insurance, you cannot launch. That makes the UK less attractive than other nations’.

A busy week for central bankers as both the head of the European Central Bank and the Bank of England (BoE) kept markets on their toes as they both struggled to communicate how they would exit from years of post- financial crisis economic stimulus policies. Indeed, there was something of a mini-taper tantrum in bond markets which saw yields spike sharply and in- turn rattled equity investors. The US Dollar touched an eight -month low against a basket of currencies and $ earners dragged the UK equity market back.

Mark Carney, Head of the BoE doesn’t seem to know what he wants! The previous week he said that now was not the time to raise interest rates but is now suggesting interest rates may need to rise if business investment picks up.

PM Theresa May agreed a pact with the DUP under which Northern Ireland will receive an extra £1bn of funding over the next two years. The funding is outside the Barnett formula so no extra monies will go to Scotland or Wales. Tensions between Theresa May and Chancellor Philip Hammond intensified after Number 10 signalled the government was about to end the 1% public- sector pay cap before Theresa May was forced into yet another embarrassing policy U-turn.

Turning to Brexit, PM Theresa May published the citizen rights plans which Germany’s Angela said was a ‘good start’ but ‘not a breakthrough’ in the Brexit process so expect talks to drag on. In the meantime, the EU’s budget commissioner Guenther Oettinger has warned that the EU must either spend less or raise taxes to cope with the loss of some £9bn a year when the UK leaves. This is about 16% of the entire EU budget.

Sticking with politics, in the USA focus turned to the healthcare debate which revealed that an additional 22 million Americans would be left without medical insurance in a decade under the proposal. Trump’s plans to push on with his stimulus programme received another blow as the healthcare legislation vote is to be pushed back to beyond July 4th.

A number of central bankers made significant speeches this week. A speech by Mario Draghi, head of the European Central Bank (ECB) seemed to mark a transition from the ‘we will do whatever it takes’ period to ‘it will take less’. This signals a potential slow turning point by the ECB in the direction of travel towards tighter monetary policy. European bonds saw one of the biggest sell-offs for many months following his comments.

In the US, Fed Chair Janet Yellen commented that asset valuations had become ‘somewhat rich’ leading to a pull-back in some expensive US equities. However, there was a fairly upbeat result from the second round of the Fed bank sector stress tests following which some of the larger US banks announced either share buy-backs or increased dividends.

In the UK, the governor of the Bank of England (BoE) Mark Carney told the UK banks they need to build an additional buffer of £11.4bn over the next 18-months to counter the risk of mounting consumer debt. The BoE is clearly concerned about rising car loan and credit card debt given unsecured lending has grown by 10% this year. Mark Carney also commented on monetary policy. ‘Some removal of monetary stimulus is likely to become necessary’ although did say this was subject to a wide range of criteria being met namely higher UK wage growth and business investment.  The 10-year gilt yield spiked to 1.15% while Sterling firmed up to $1.30.

The world remains a dangerous place. The US says it has identified ‘potential preparations’ for another chemical attack in Syria and issued a stark warning to the Syrian government. In addition, there was a fresh global cyberattack that hit a number of governments and companies alike.

In the USA, durable goods orders dropped a bit more than expected in May but mainly due to a big decline in aircraft orders. The IMF cut its economic growth forecast for the USA for 2017 from 2.3% to 2.1% and for 2018 from 2.5% to 2.1% as it removed the fiscal boost from Donald Trump’s stimulus plans as they see execution as unlikely. The delay in the healthcare bill being a case in point. However, US economic growth for the first quarter has been revised up from 1.2% to 1.4%.

More political upset, this time in Japan. PM Abe’s ruling party suffered a landslide defeat in the Tokyo elections to the city governor’s new party. Some are suggesting this could spur him to mount a challenge against Abe in a national election.

US oil rig data continues to rise and with US oil output up 10% this year continues to undermine OPEC’s production cuts. Nevertheless, Brent oil clawed back some of the lost ground recovering to $48.

Finally, expect a quieter few trading days with Wall Street shut for 4th July celebrations and in the UK many investors watching Wimbledon.