In a bit of a squeeze? 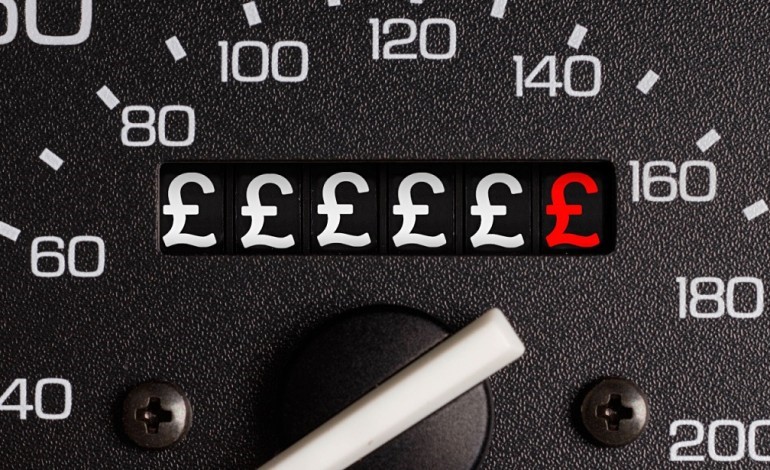 Car parking spaces are having to be made bigger to meet the growing size of family cars and 4×4, according to NCP, the UK’s largest car park provider. NCP is currently widening some parking bays in London, Manchester and Bournemouth to cope.

Accident Exchange, which loans courtesy cars estimates that there has been a 35% rise in parking accidents since 2014. It estimates that the number of crashes and scratches incurred while parking is now costing UK insurers about £1.4bn a year. Parking-related incidents now account for 30% of all traffic accidents.

What with pot holes, traffic congestion and a lack of parking spaces, no wonder so many find driving on Britain’s roads stressful. Unfortunately, while the Government has talked about stepping up infrastructure spending we know the Chancellor’s hands are tied by the UK’s debt pile. The recent £1.3bn investment announced in the Autumn Statement to reduce congestion by upgrading some roads is to be welcomed but much more is needed. Congestion is estimated to cost UK households over £13bn a year.

Philip Hammond has however indirectly hit UK motorists. Insurance premium tax which, is added to 50m general insurance policies each year including those for cars is to rise to 12% from June next year. Car insurance costs are estimated to have already risen by about 17% in 2016. Coupled with the hike in insurance premium tax and the likelihood of higher fuel prices, following last week’s OPEC news and UK motorists could be feeling a bit of squeeze in 2017.

Markets never appear to be happy these days unless they have something to worry about. Following Greece, the EU referendum in the UK, US presidential election, the global bond sell-off, investors now have a possible US interest rate hike to consider as well as the Italian constitutional referendum vote yesterday and consequences for the Italian banking sector.

With almost all votes accounted for, PM Renzi has formally announced defeat after a relatively wide margin of 60% against 40% in favour of rejecting the reforms. Renzi has said that he will submit his resignation to Italy’s president this afternoon and that he will not be available to lead a caretaker government. The obvious question now is what next? Clearly the immediate risk is political instability. The trigger would be failure to form a new government. All eyes will also be on the Italian banks which could be under real pressure in the event of political instability.

The Austrian presidential election saw the Green party backed independent candidate Alexander Van der Bellen beat the far -right Freedom party candidate, Nobert Hofer. There is however a real risk that the government collapses in 2017 and we see another general election. The fact the Freedom party would have about one-third of seats based on the most recent voting trend must ring alarm bells in Brussels.

The result of the Italian referendum and uncertainty over the far-right movement in Austria has been reflected in currency markets with the Euro weakening against Sterling.

Donald Trump’s economic plans received strong backing from the OECD, with the global body of mainly rich nations predicting that his infrastructure investment plans would increase US growth. While the OECD does not expect much to happen over the next six months, it has upgraded its US GDP forecast growth to +2.3% in 2017 and to +3% for 2018.

Following last week’s press reports about the Bank of England Governor’s ‘secret plans’ for transitional arrangements pre-Brexit, the President of the European Central Bank gave his view. Speaking to MEP’s, Mario Draghi warned that Britain, rather than the Eurozone will ‘first and foremost’ feel the pain of Brexit. He called for ‘clarity’ over the negotiation process as soon as possible in order to minimise economic uncertainty, but is seems unlikely his wishes will be granted anytime soon.  The OECD increased it UK GDP growth forecast to 1.2% in 2017 but cut 2018 to 1% citing the unpredictability of the Brexit process. However, Brexit Secretary David Davis said the UK would consider making payments to the EU after it leaves to secure the best possible access to the EU single market.

In the UK, shoppers took advantage of low borrowing costs by spending £2bn on ‘Black Friday’ on Visa cards alone. Nearly half the purchases were made online and Visa transactions were up 13% on the same time last year. UK manufacturing activity eased in November. Although the price of finished goods increased so too did the prices of those raw materials that need to be imported due to weak Sterling.

In Europe, inflation increased by 0.6% in November, the first time it has hit that level since April 2014.

In the USA, Q3 GDP was revised up to +3.2%, boosted by consumer spending which increases the likelihood of an interest rate hike by the Fed later this month. Further ammunition for a rate rise was provided by November jobs data which came in ahead of market expectations.

China is believed to be preparing new restrictions on outbound foreign investment in an attempt to curb capital outflows that are putting pressure on its currency and draining foreign exchange reserves.

OPEC’s first agreed set of production cuts for eight years sent the crude price sharply higher up to $54. Saudi Arabia, Iran and Iraq were seemingly able to resolve their differences faster than the market expected. An output reduction of some 1.2m barrels a day or just under 5% of output has been agreed with Saudi Arabia shouldering the bulk of the cut. This is subject to a reduction by non-OPEC members at a meeting next week although Russia has already agreed to cut its own output.

Finally, with Christmas fast approaching yet another unforeseen consequence of the Brexit vote. Prices for traditional Christmas pudding ingredients have jumped by over 20% due to the fall in the value of Sterling. However, better news for the traditional turkey dinner, where the cost is broadly unchanged, as slightly lower turkey prices offset higher pork (pigs in blankets) and vegetable prices.