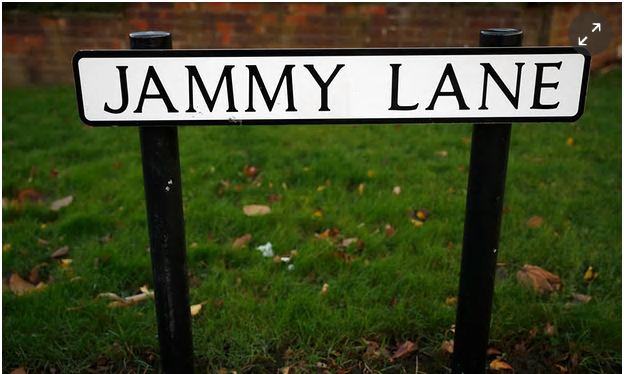 When Theresa May became Prime Minister in July she pledged to do more to help families who are ‘Just About Managing’ (JAM). ‘If you’re from an ordinary working- class family, life is much harder than many people in Westminster realise’. ‘The government I lead will be driven not by the interests of the privileged few, but by yours’.

However, new Chancellor Philip Hammond’s scope to help 2016 ‘JAM’ families in the Autumn Statement, has been severely curtailed by the UK’s high level of indebtedness.

Just about managing pretty well sums up the UK’s position at present, following the EU referendum. What does 2017 and beyond have in store? Too much debt is not just a UK issue but a global one, particularly set against a backdrop of generally sluggish growth. Is this why the US market initially responded positively to president-elect Donald Trump’s focus on stimulating US economic growth? Given the voter backlash in the UK and USA, as well as looming elections in Italy and France, investors have much to ponder. Bond yields have been rising on reflationary concerns, but a little bit of inflation is fundamentally not bad news for many equities. Some UK companies are just about managing due to higher minimum wage bills and rising import costs due to weak Sterling, but many that export, appear to be doing very nicely!

In the UK, sterling weakness due to Brexit uncertainty, is likely to drive up the cost of everything from food to utility bills in 2017. We suspect life is probably going to get tougher for ‘JAM’ families giving something else to keep Theresa May up at night, besides managing the Brexit process.

With the US market closed for Thanksgiving, last week felt quieter after all the ‘excitement’ of the presidential election. Investors continued to focus on president-elect Trump’s potential policies and team appointments for clues. He has already confirmed that the US will quit the Trans-Pacific partnership trade deal on his first day in office. This was signed by 12 countries which together cover 40% of the world’s economy. However, the general feeling still appears to be that tax cuts, infrastructure investment and defence spending are all a recipe for reflation. The US economic outlook under Trump also seems to have shifted from ‘uncertainty’ to ‘growth’. Reflecting this optimism, the US markets hit an all-time high last week. Strong US durable goods orders data helped equity sentiment but US Treasury yields climbed to the highest level since 2010 as the interest rate futures market is now pricing in a 100% chance of a December rate hike.

Investors have also been watching political developments in Europe. Angela Merkel has decided to seek a fourth term as German Chancellor which, in a world of political volatility is reassuring. In France, the final round of the centre-right primary election went to former Prime Minister Francois Fillon who will compete next year’s presidential election against the National Front’s Marine Le Pen.

In the meantime, markets face the key Italian Constitutional reform vote on December 4th which, remains on a ‘knife edge’. Italian Prime Minister Matteo Renzi has said that he would resign if he loses which, could trigger an Italian election and yet another EU crisis. Concerns remain about the health of the Italian banking sector particularly as some estimates suggest that about 15% of Italian household wealth is tied up in bank bonds! According to an article in the FT today up to eight of Italy’s banks risk failing if Renzi loses.

In the UK, there was slightly more reassuring news as Theresa May speaking at the CBI conference, said that she wanted to prevent a Brexit ‘cliff edge’ for business. However, Britain’s departure from the EU could end up before the European Court of Justice, the president of the EU’s highest court has said in an interview with the FT.

The Autumn Statement measures were modest in scale with the Chancellor focused on sending a signal to economic agents rather than making big policy changes. The major new spending commitment was the National Productivity Investment Fund, worth £23bn over the next five years focused upon housing, transport, telecoms and research. The adjustments to the UK economic forecasts showed a more modest hit from Brexit- related uncertainty than the market expected. GDP growth forecasts of 1.7% for 2018 and 2.1% for 2019 are above the Bank of England’s central projection. However, lower tax receipts and higher welfare spending will increase borrowing in this Parliament by £120bn.

The 10-year Gilt yield jumped to a 15-month high on inflation concerns and the Autumn Statement which, lifted the estimated level of gilt sales required in 2016-17 by £15bn to £146.5bn. In yet another sign that the era of rock-bottom interest rates is coming to an end around the world, last week one UK building society, Skipton increased some of its mortgage rates. Another, West Bromwich, withdrew its 10-year fixed mortgage. This reflects the recent global bond sell-off which has seen the yield on UK gilts rise.

In Europe, ‘flash’ manufacturing activity data for November suggested growth across the Eurozone is growing at its fastest pace for a year.

In the USA, durable goods orders grew strongly in October.

Oil initially rallied on hopes of progress on production cuts at the OPEC meeting this Wednesday. However, doubts resurfaced that OPEC will be able to agree a deal, after comments by the Saudi Arabian oil minister who pulled out of a planned meeting with non-OPEC producers. Brent oil slipped back to under $47.

Finally, talking of president-elect Donald Trump. While we still do not know the details of many of his policies, one thing is clear. He has said that ‘many people’ would like to see Nigel Farage as British ambassador to the USA and he would do a ‘great job’. Theresa May and Boris Johnson do not agree. This must be awkward when trying to build a relationship with the man who is about to become the most powerful in the world! In the meantime, Nigel Farage has warned that ‘another big seismic shock’ could hit British politics at the next election if Theresa May does not deliver Brexit by 2020. Sounds as if she needs to look after those ‘JAM’ families.