Just another brick in the wall 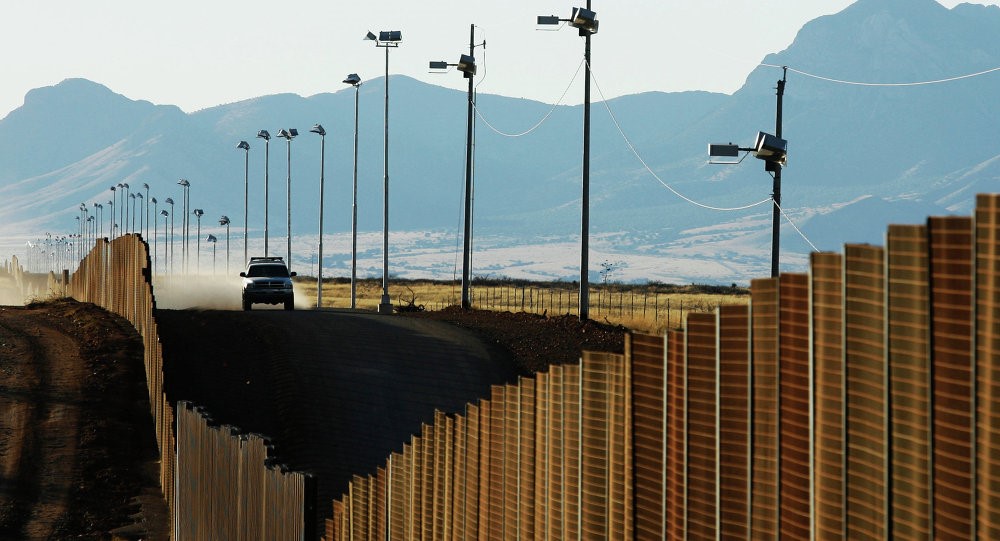 One of Donald Trump’s election ‘pledges’ was to build a wall between the US and Mexico, thereby provoking a major diplomatic spat with Mexico. Openly mocked at the time as shock politics, it is hardly surprising the arrival of President Trump has created market jitters. He can’t be so controversial, surely? Oh yes, he can!

The new US President has estimated that the 1900 mile US-Mexico border wall could cost between $10bn-$12bn and wants Mexico to pay for it. The Mexicans have flatly refused and the Trump administration has suggested imposing a 20% border tax on imported Mexican goods to pay for the wall.

Since 2000, US border patrols have apprehended 1.6m immigrants of which 98% were Mexican attempting to cross the border. Whilst no concrete data is clearly available for those who have avoided detection, by 2016 arrests had fallen to 400,000 but under half of these were Mexican, implying over a 90% fall in Mexicans apprehended since 2000! A 700-mile fence built between San Diego and the Rio Grande River has helped.

Given Trump’s campaign rhetoric, everyone will no doubt be watching to see if the Mexican Wall has foundations, as ‘protectionism’ represents a real threat to world trade and economic growth. The Trump administration has now accused Germany of benefiting from a ‘grossly undervalued euro’, to exploit the US and declared talks with the EU over the Transatlantic Trade and Investment Partnership to be dead!

The ‘reflation trade’ was always likely to encounter greater volatility around the long-term upward trend in bond yields, due to increased political uncertainty. This was illustrated last week, as Donald Trump continued to sign executive orders at a furious pace including the US travel restrictions. However, investors should still be wary of over-stating the financial market implications despite the inevitable media frenzy.

The Trump administration’s break with tradition and comment about currency valuations such as Germany and the euro, as well as comments about China and Japan has raised fears of a new round of currency wars. In the meantime, while many had predicted that the Dollar would be strong in 2017 on the back of an improving economy, the more protectionist rhetoric from the new administration has counteracted this and the Dollar moved to a twelve -week low against a basket of currencies.

In the UK, the House of Commons gave PM Theresa May the green light to trigger Brexit.

The Bank of England (BoE) lifted its economic growth outlook for the UK from 1.4% to 2% for 2017 and revised 2018 up from 1.5% to 1.6%. The BoE is forecasting inflation to rise to 2.7% in early 2018. However, the BoE suggests it is prepared to ‘look through’ above-target inflation rather than risk damaging UK activity levels. Unless there is an unexpected pick-up in wage growth, interest rates look likely to remain at 0.25% well into 2018.

Meanwhile, a building boom is underway in major regional cities, with construction activity returning to levels last seen before the 2008 financial crisis. Birmingham, Leeds and Manchester are all seeing good activity while Belfast is also experiencing healthy growth. By comparison, while there is little sign of a Brexit related slowdown in the regions, in London, where activity hit an eight-year high in 2016, construction activity is now slowing.

Annual UK house price inflation fell to its weakest level since November 2015 in January, according to the Nationwide. The Chief economist at the mortgage lender said ‘The economy has remained far stronger than expected in the wake of the Brexit vote but there are tentative signs that conditions may be about to soften’.

In Europe, despite election uncertainty, the economic sentiment indicator surged to a six-year high. German headline CPI inflation increased to 1.9%. The Eurozone manufacturing purchasing managers index indicator also hit a 5-year high, with new exports at a three-year high and job creation continuing to improve. Meanwhile the ongoing political saga in France ahead of the May election is likely to receive increasing press coverage. Over the weekend the National Front’s Le Pen unveiled her main policies including holding a referendum on EU membership and controls on immigration.

In the USA, consumer spending growth was solid in December helped by car sales. However, US consumer confidence slipped unexpectedly in January. Elsewhere in the US, pharma stocks were caught in the Trump ‘cross-hairs’ as he said ‘You folks have done a tremendous job but we have to get prices down’. However, he did suggest the new administration will significantly cut the length of time it takes to win regulatory approval for new medicines. Elsewhere, US manufacturing activity hit a two-year high. The US Fed ‘kept their heads below the parapet’ in its latest update, acknowledging improvements in the outlook for the US economy but did not really further the debate on when the next rate rise will occur. However, subsequent US jobs data was much better than expected with new job creation hitting a new six-month high.

In China, manufacturing data for January showed a sixth straight month of expansion. The People’s Bank of China (PBoC) raised several of its short-term standing borrowing facilities which, although not a hike in its main interest rate does suggest the PBoC is focusing on financial stability issues and has clearly signalled its intent, as this has been implemented on the first working day after the New Year holiday.

Finally, fancy living in Trump Tower and sharing an address with the US President? A one-bedroom flat will cost you $5,250 per month and comes with one-month’s free rent. This is assuming you can get past security which has been beefed up to deal with protesters. However, like the very top-end of the London market, New York landlords have found it more difficult to shift property. The asking rent of a one-bedroom apartment in Trump Tower has been cut by 30% since June 2016.