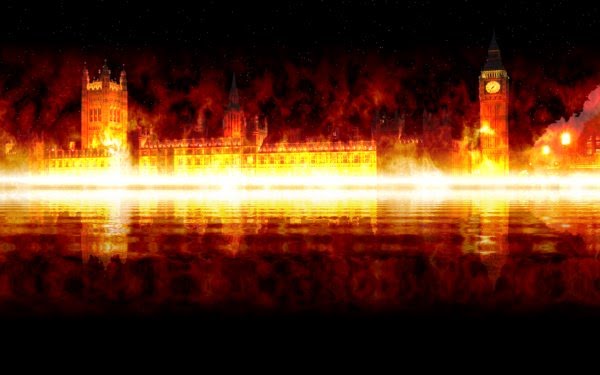 In 1666, when the Lord Mayor of London, Sir Thomas Bloodworth was woken up to be told about the Great Fire of London, he replied ‘Pish! A woman might piss it out!’ If he had acted sooner the fire may have been contained to a smaller part of the city. Officially only 6 deaths were recorded!

Whilst extreme flu like symptoms started occurring in Wuhan in December, the World Health Organisation (WHO) was officially informed by Chinese health officials of a small cluster of patients with mysterious pneumonia on 31st December 2019. This was identified by Chinese authorities as coronavirus and subsequently Covid-19 on 7th January. The first death was recorded on 11th January and Wuhan was placed under quarantine on 23rd January. It is due to come out of quarantine on 8th April.

If regional officials had not been in denial, could the outbreak have been contained sooner?

We know that local Chinese officials endeavoured to cover up the true scale of Covid-19 and this was brought home by the death of doctor Li Wenliang on 7th February prompting a wave of anger and grief across Chinese social media. He tried to issue a warning to fellow medics on 30th December but police told him to stop ‘making false statements.’

Countries around the world are fighting Covid-19 but in different measures.

With America now warning citizens to brace themselves for the saddest of weeks you do have to wonder whether President Trump is the modern-day equivalent of Sir Thomas Bloodworth, having been ‘well behind the curve’. Trump had said he wanted ‘the USA opened up and raring to go by Easter’ but has since extended social distancing until at least 30th April. The WHO has warned the US is the next Covid-19 epi-centre. What he does from here is going to have major ramifications for the global economy, the lives of many Americans and for the US presidential election race.

China is still in denial over the Covid-19 outbreak but is making amends by supplying ventilators to other countries including 300 to the UK. Meanwhile, president Trump has used the Defence Protection Act to stop 3M delivering an order for face masks to France and Germany. They say in a crisis you learn who your real friends are. With friends like that…

About 38% of the world’s population is now thought to be in coronavirus lockdown! Even PM Boris Johnson has been admitted to hospital for tests after Covid-19 symptoms persist despite self-isolating for 10-days.

There was some encouraging news for everyone with US pharmaceutical giant Johnson & Johnson planning to begin human clinical trials of its Covid-19 vaccine by September, with the first batches potentially available for emergency use by early next year. However, this good news was countered by President Trump’s warning to Americans to brace for a ‘hell of a bad two weeks’ amid White House projections of between 100,000 to 240,000 Covid-19 deaths in the US even if social distancing guidelines are maintained. The number of global Covid-19 cases surpassed 1million but there was a glimmer of hope in Italy and Spain, which although both tragically seeing a large number of deaths are suggesting that the infection rate appears to be slowing.

In the UK, all the big high street banks have bowed to pressure from the Bank of England and axed their dividend payments to support Balance Sheets and lending during the Covid-19 crisis. However, a report from the BBC has warned that up to a fifth of privately owned small and medium sized businesses are unlikely to get the cash they need to survive the next four weeks, in spite of unprecedented government support. Nearly 1million people have applied for universal credit -a tenfold increase since mid-March. Chancellor Rishi Sunak subsequently announced a wider package of measures to assist struggling companies and the imposition of new rules on lenders in a bid to ensure money gets to business owners faster and with less personal risk involved.

Meanwhile, the Debt Management Office is looking to raise £45bn in April though government bond issue, up from £16bn estimated at the time of the Budget. If it wasn’t for QE the cost of borrowing could be spiking!

In Europe, EU leaders failed to agree to share the debt that is building up as a result of the Covid-19 crisis. The problem was no doubt that the richer northern countries, such as Germany, do not wish to bail out the poorer south, as was the case in the last financial crisis. Euro finance ministers are to explore the subject further and report back in two weeks but as we all know with Covid-19 – two weeks is a long time. The problem does not look an easy one to solve.  In the meantime, reflecting Covid-19 uncertainty eurozone manufacturing PMI activity contracted in march to its lowest level in over seven-years while the eurozone composite PMI activity indicator recorded its biggest ever decline to 29.7 (a reading of 50 and above is expansionary).

The number of Americans seeking unemployment benefits hit a record high of 6.6million last week. Bank of America Global Research warned the US could see the ’deepest recession on record’.

Japan’s manufacturing sector contracted again in March due to Covid-19 with activity at dropping to a nine-year low.

In China, manufacturing PMI activity indicators rebounded into expansion territory in March. Incidentally, many UK companies with Chinese manufacturing activities have reported factories returning towards normal production during March. This is encouraging but whether this is sustainable given all the leading economies contracting in the second quarter remains to be seen.

Brent oil jumped to $34 as President Trump said he expected Saudi Arabia and Russia to make a deal over oil production cuts in the next few days. However, President Putin was reported to have said that it would only cut production if OPEC+ and the US all contributed to lowering output. In the meantime, oil tanker shipments in regions like Canada, Mexico and Europe are reported to be selling at ‘single digits’ reflecting expectations that the forecast collapse in demand will leave oil barrels stranded.

Finally, Alpha Bites is not turning into ‘Horrible Histories’ but a trivia history question for you. Who was accused and subsequently executed for starting the Great Fire of London in 1666? If you are thinking a baker, guess again!