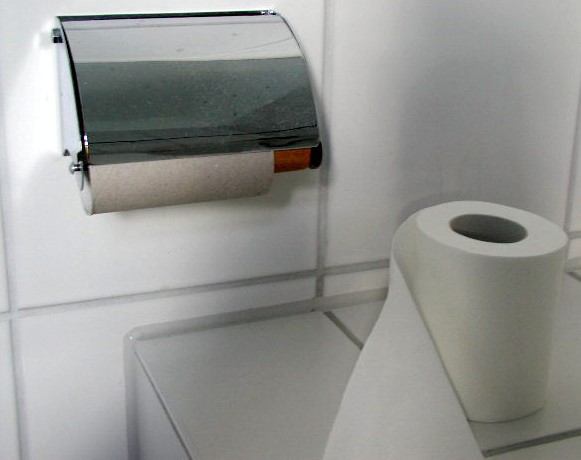 Contrary to popular belief, Victorian plumber Thomas Crapper did not invent the flush toilet, but he did much to increase its use. The flushing toilet was actually invented by John Harrington in 1596. Fast forward to the 21st century, and who would have thought that a great British invention, like the toilet, would be a key part of China’s structural economic reform?

President Xi Jinping is supporting a campaign to build thousands of public toilets at tourist sites, as the country seeks to promote travel as a new source of economic growth. China National Tourism Administration (CNTA) has said it intends to spend Rmb12.5bn ($1.9bn) in 2016 on toilet construction. The CNTA built over 14,000 new toilets in 2015 and upgraded another 8,000. The project will require ‘tens of billions of renminbi’ to be spent over the next few years to complete China’s ‘toilet revolution’.

Tourism is among the emerging consumer-focused industries that China is promoting to reduce the economy’s reliance on manufacturing and construction. In 2014, tourism increased by 15% to Rmb3 trillion.

Shock horror! People have been trying to avoid paying tax! Global media has latched onto leaked documents which, reveals potential tax avoidance by the world’s elite. The Panama scandal has already claimed its first victim, the PM of Iceland and even David Cameron has become bogged down in the doo-doo.

Talking of tax, multi-national groups appeared concerned that they might be caught up in the crossfire from a new tax crackdown by President Obama. The new deal to deter ‘inversion’ deals has already halted Pfizer’s planned $160bn takeover of Allergen in the USA which, becomes the largest ever aborted acquisition. Elsewhere, in the USA there was further bad news for merger activity. The Department of Justice filed a legal action to block the $25bn merger of the world’s second and third largest oil service groups, Halliburton and Baker Hughes.

With most commodities pulling back from their recent highs, equity markets started the second quarter of 2016 on a more cautious note. Was it only four weeks ago that Mario Draghi fired the ECB’s quadruple bazooka and yet European markets remain in subdued mood. ECB President Mario Draghi made a speech echoing the US Fed comments emphasising the downside risks while the Vice-President effectively ruled out a ‘helicopter money drop’ suggesting further ECB stimulus would be limited to a further extension of the asset purchase programme. Both the IMF and Blackrock, one of the world’s largest fund managers, expressed concern about negative interest rates which, could undermine economic growth.

Investor focus will now be on the US Q1 earnings season which is expected to be challenging given the US Dollar headwind, with some forecasts suggesting an average 8% Q1 earnings decline. Markets are also increasingly doubtful that PM Abe’s stimulus is working, with the Japanese equity market down by almost 17% this year and he is not being helped by the strength of the Yen which hit an eighteen month high against the US Dollar. Commodities remained volatile with copper dropping sharply on news of higher stock piles in China prompting fears of economic slowdown.

In the UK, March construction activity remained in cautious mood ahead of the EU referendum being unchanged from the previous month and staying at a ten month low.

Another cause of concern for the BoE was a further drop in UK labour productivity in Q4 2015. Industrial output also dropped slightly in February which was the biggest decline since August 2013. The weakness of the manufacturing sector suggests sluggish Q1 economic growth and that the BoE will have to remain in supportive mode even before the Brexit risk is considered.

While Britons may not be as productive or have been spending on clothing they have been buying cars, with March new car sales up 5.3% to a 17 year high. Consumer confidence is no doubt being supported by the housing market where, lender Halifax estimated that house prices had increased by over 10% in the year to March. However, it warned the market could soften over the coming months amid uncertainty over the EU referendum. In a separate report, property developers are believed to be offering institutional investors discounts of up to 20% on bulk purchases of luxury apartments in central London because demand from overseas buyers has slumped, amid higher tax and lower commodity prices.

In Europe, February producer prices contracted by 4.2% in February underlining the deflation pressures across the Eurozone and why the ECB over delivered on recent stimulus. Despite the supportive ECB action, the business sentiment reading for the Eurozone in March was disappointing being only a fraction ahead of that in February and looks consistent with Q1 GDP growth of just 0.3%.

In China, March factory gate prices remain in negative territory at -4.6% although the latest data revealed the first positive monthly rise since 2013.

In Japan, with doubts growing about the effectiveness of PM Abe’s stimulus programme, all eyes will be on the next BoJ meeting on 28th April and what action is taken, even deeper negative interest rates? A decision will also have to be taken on the next phase of consumption tax. The strong Yen relative to the US Dollar is hot helping Japanese manufacturers.

Brent oil pushed above $40 ahead of the OPEC/non-OPEC meeting on April 17th. The OPEC governor of Kuwait said that a deal to freeze production without Iran was still possible. In the meantime, according to shipbrokers and traders, Saudi Arabia has taken steps to slow Iran’s efforts at increasing oil exports by banning tankers that transport Iranian crude oil from entering its waters.

Finally, in keeping with this week’s toilet theme. News that a museum dedicated to excrement, with examples from the animal and human world, has opened to the public at the Isle of Wight Zoo including fossilised coprolites dating back 140 million years. This may sound a totally ‘potty’ idea, some may even call it a pile of ‘crap’, but who are we to ‘poo-poo’ it? Thomas Crapper would no doubt be pleased.