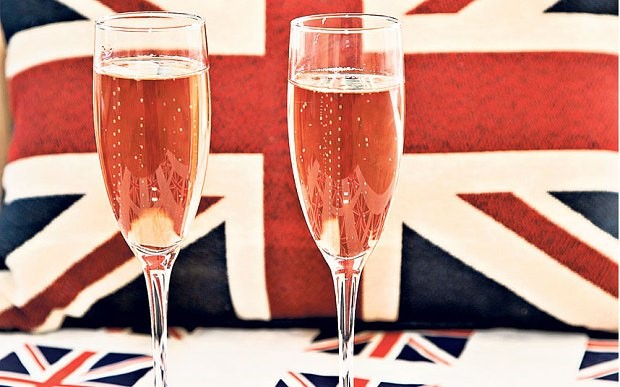 The UK’s thirst for sparkling wine continues to grow. Indeed, UK drinkers of Prosecco, are estimated to drink more than two and a half times the amount the Italians consume! Some will no doubt cheer the triggering of Article 50 with a glass of bubbly. However, Brexit will come with a ‘sting in the tail’ for some UK drinkers. The fall in the value of Sterling will generally increase pressure on the price of imported wines and spirits.  Drink importers and wholesalers, along with pubs and restaurants will no doubt try to cushion the impact for drinkers as this is such a price sensitive market.

What’s all the whining about? Not from our ‘home grown’ wine producers, with 30 vineyards having opened in the last two years alone. In the UK, there are currently c.500 commercial vineyards. UK-produced premium bubbly is now sold to 27 countries, with annual sales in excess of £100m. Even French champagne house Taittinger, has joined the party and has bought land in Southern England to produce its own variation of fizz, with plans to sell its wine in the UK.

Our success in producing our own home grown high quality sparkling has brought pressure to differentiate all British Fizz, calling it Hooray! The move will need to be endorsed by DEFRA before seeking EU approval. However, through another twist in the Brexit story, when the UK leaves the EU, it will no longer need to abide with The European Commission’s directives with regards to ‘geographical indications’ or GI, that apply to 1,150 locally produced products. This would allow UK producers to potentially rename some English sparkling wines, as English Champagne!

Donald Trump’s accusation that his predecessor Barrack Obama had ordered his phone to be tapped along with news that North Korea had fired four ballistic missiles into the sea off Japan’s northwest coast made markets wary. China’s foreign minister warned the Trump administration it is on a collision course with North Korea which risks a dangerous escalation and called on the USA to halt military exercises with South Korea to avoid conflict. Japan is now considering acquiring the ability to launch pre-emptive strikes on North Korean missile bases. The moves highlight how North Korea is destabilising East Asia.

The concern for markets appears to be that these issues will distract President Trump from his economic agenda. US healthcare companies also drifted, after another Presidential tweet raising concern about the prospect for drug prices. The reality of the Fed continuing to normalise US monetary policy may also have contributed to the prevailing mood.

The early stages of the global reflation trade have been a US led phenomenon with the shift in emphasis to fiscal stimulus. With the US Fed on the brink of another interest rate hike later this week, investors have been waiting to see what other central banks do. Last week, provided an early test case with European Central Bank (ECB) President Mario Draghi suggesting that ‘extraordinary’ policy support is no longer necessary.

The UK market continued to be supported by overseas earners with Sterling slipping below $1.22 as the UK move towards triggering Article 50 this week. However, Theresa May was dealt another blow by the House of Lords which voted in favour of requiring the government to come back with the final Brexit terms to parliament for a ‘meaningful vote’. In addition, according to press reports, Theresa May now considers a second Scottish independence referendum to be almost inevitable with Nicola Sturgeon pushing for Autumn 2018.

The UK Spring Budget provided very little to get excited about, but did see the Chancellor directly contradict a promise in the 2015 Conservative manifesto not to raise National Insurance contributions (NI). The NI contributions are to increase for 1.6 million self-employed people and there is to be a £3,000 reduction in the share dividend tax allowance that will also affect some 1.4 million basic rate taxpayers. From an economic view point, the overall path of borrowing is little changed, which means that the Government’s finances early in the next Parliament are unlikely to be achieved with the deficit forecast to rise in fiscal 2017/18. Brexit was barely mentioned in Philip Hammond’s speech but is a major factor in his attempt to retain some future flexibility. The overall fiscal stance remains sufficiently tight that UK monetary policy seems bound to remain firmly in stimulus mode.

In Europe, the ECB left its key short-term interest rates unchanged as expected. At the subsequent press conference Mario Draghi was able to paint a picture of an encouraging economic rebound in Europe. He also confirmed that deflation risks have effectively disappeared and that the ECB was no longer discussing using all the instruments available.

US factory orders mirrored the recent upbeat business sentiment surveys with solid growth in January. The US monthly trade deficit widened to a five-year high in January as the recovery in oil prices pushed up the value of imports.  Strong jobs data, including accelerating wages, have made the prospect of higher interest rates almost a certainty.

Brent oil dropped from $56 to under $52. Saudi Arabia’s energy minister told US shale oil producers that they could undermine its efforts to stabilise the oil market. He also said that conformity by all OPEC members to cut output would also be key and warned ‘Saudi Arabia will not allow itself to be used by others. This is for the benefit of all of us and needs to be achieved by the contributions of all’. US inventories also climbed for a ninth consecutive week adding to concerns about oversupply.

Finally, it’s not just in Asia that military tensions are rising. Sweden is to re-introduce military conscription as it becomes concerned about Russia’s Baltic military drills. Let’s hope this doesn’t give Theresa May any ideas. In our office, Jimmy, Joe, Eric and David could all be called up if the UK were to follow Sweden. As for us old’uns, we would both end up in the Home Guard. ‘Don’t panic Captain Mainwaring!’