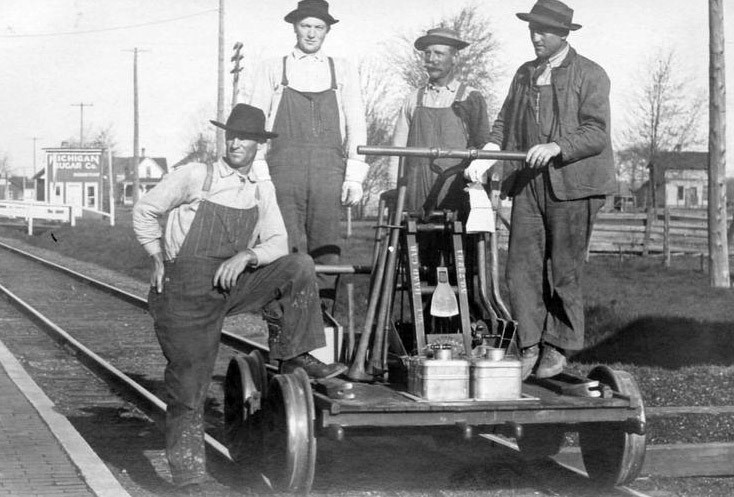 It would appear everyone is demanding greater infrastructure expenditure. Investing in our transport infrastructure is vital to the UK to attract inward investment and compete in the world following Brexit. In case you haven’t noticed, ‘we have one of the most reliable railways in Europe’*. However, passenger numbers have doubled over the last 20 years and the rail network is currently creaking. To compound matters, passenger numbers are forecast to double again, over the next 25 years.

Network Rail is currently committing to almost a quarter of all infrastructure investment in the UK, spending £130m every week. To help fund investment the company has recently announced it plans to divest its commercial property portfolio, estimated to be worth in excess of £1bn.

To improve reliability, currently two-thirds of track points and 40% of track circuits can now be remotely monitored to help engineers locate and deal with problems more quickly. One hope is that the UK will one day adopt the digital European Train Control System, which is more akin to modern air traffic control and would dispense with the need for trackside monitoring equipment.

The Government has focused on infrastructure projects to bolster the UK economy. HS2 costs have ballooned to £56bn – a staggering £403m a mile, making it the most expensive railway ever built! However, some of the plans to make the railway network faster and greener by electrifying lines have been scrapped due to massive budget overruns. For example, the electrification of the Great Western mainline from London Paddington to Swansea will not be completed. Most of the 122 InterCity Express trains ordered from Hitachi at a cost of £5.7bn will now need to be bi-mode, fitted with diesel engines to run on the non-electrified section of line.

Compare this with Japan which, has one of the world’s most reliable railway services. Last week, management on the Tsukuba Express line to Tokyo sincerely apologised for the inconvenience caused after one of its trains departed 20 seconds early! UK commuters can but dream!

A rare outbreak of political uncertainty in Germany overshadowed European equity markets last week. Angela Merkel has said she would prefer fresh elections to forming a minority government but behind the scenes there have been more initiatives to avoid a new election. The euro has weakened and the uncertainty is likely to delay the implementation of new EU initiatives by Merkel and Macron. Elsewhere, President Trump has re-designated North Korea as a state sponsor of terrorism and is expected to announce further sanctions as a result. In turn should we expect some retaliatory action of some form from North Korea? Meanwhile, investors will be focusing upon the next stage of the US tax reform voting where, if it is eventually passed this week then differences with the House bill will then need to be reconciled before final legislation can be passed to President Trump. In the UK, the Budget saw a significant reduction in longer-term economic growth forecasts. In China, leading shares saw the worst sell-off in 17 months on concerns about slowing economic growth.

The breakdown of German coalition government talks is unlikely to be helpful to the Brexit process given we all know Angela Merkel ‘calls the shots’ in the EU. She had been reported to be worried about taking too tough a stance against the UK as it might weaken Theresa May’s position at home, who is still preferable to a ‘hard Brexiteer’. The UK also imports more goods from Germany than any other nation. In the meantime, press reports suggest Theresa May has cabinet approval to double the settlement offer from the current €20bn to get talks underway but will the Conservatives tear themselves apart over the Brexit divorce bill?  Other issues still need to be resolved before talks can move onto trade and a transition deal. Chief EU Brexit negotiator Michel Barnier has noted that the Irish border will require a specific solution and warned that ‘the legal consequence of Brexit is that UK financial services providers lose their passport rights to the EU’. Brexit Secretary David Davis believes the UK is ‘in touching distance of an overarching agreement’.

Meanwhile let’s hope the EU does not resort to the same methods during the Brexit process as it does on normal day -to -day decision making. Dublin and Paris were both vying to be the base for the new headquarters of the European Banking Authority which will relocate from London due to Brexit. Due to a draw in voting by the EU decision makers, the outcome was determined by the toss of a coin with Paris winning. In the UK, a survey by consultants KPMG suggests businesses are stockpiling goods because of worries that Brexit will disrupt their international supply chains.

In the UK, the major economic news from the Budget was the reduction in the longer-term economic growth forecasts. While downgrades had been expected, the scale of the changes was still sobering, with growth set to average just 1.4% in the forecast period ahead. The Office for Budget Responsibility is concerned about the future productivity outlook, so has reduced the potential output of the UK economy. Despite this challenging outlook, the overall impact of the Budget equates to a fiscal loosening. The giveaway amounts to £2.7bn in 2018/19 and £9.2bn in 2019/20, yet government borrowing is still projected to be on a declining path. This does rely on an accounting sleight of hand including the ongoing sale of the government stake in RBS and the re-classification of the balance sheets of English housing associations.

In Europe, European Central Bank (ECB) President Mario Draghi said that despite the sound economic recovery, that ‘underlying inflation pressures are still subdued as labour market slack remains significant and still needs time to translate into dynamic wage growth’. He also warned that the EU cannot put in place common insurance for savers until banks deal with their bad loan books. These are estimated to be close to €1trillion and concentrated in weaker banking systems such as Italy’s.

In the USA, Fed Chair Janet Yellen confirmed that she will leave the Board of Governors after her successor Jerome Powell is sworn in next February. The US latest Fed minutes confirmed the strong likelihood of a December interest rate hike, although the outlook for 2018 was a bit more ‘dovish’.

China’s blue-chip index suffered its worst one-day fall in 17 months last week, as investors cited rising bond yields and tough new regulations targeting corporate debt for scaling back their exposure to equities after a strong performance this year. The yield on 10-year Chinese government bonds moved above 4% at one point. Last week Chinese regulators introduced tougher rules designed to curb shadow banking. This will restrict banks’ ability to buy bonds with borrowed money and to lend to corporate clients through off-balance Sheet channels.

Brent oil held nudged up to $63 ahead of the key OPEC meeting on 30th November which should confirm if production quotas are to be extended. A fall in US oil inventories was also supportive.

Finally, what is it at the moment about political leaders whose surname begins with the letter ‘M’? In the UK, Theresa May has faced a number of potential leadership challenges, in Germany Angela Merkel has rejected resignation talks while in Zimbabwe, Robert Mugabe resigned eventually. On this basis, French president Emmanuel Macron should be a worried man. Brussels has already warned that France’s first budget under Macron risks running foul of EU fiscal rules.