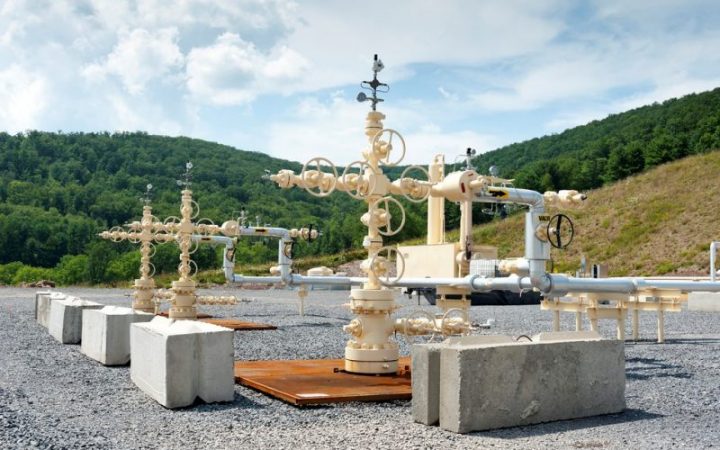 Three Mile Island, the power plant that was the site of America’s worst civil nuclear accident could be shut down in 2019 – 15 years before its operating licence expires. The planned closure is a sign of the increased competition from cheap gas-fired power generation as a result of the US shale oil and gas boom. Since 2014, US wholesale power prices have dropped 40%-50%. Donald Trump’s policies include plans to stimulate US shale production, which is likely to exacerbate the competitive landscape.

The Three Mile Island nuclear plant suffered a partial meltdown in 1979. A major factor in turning the accident into a major disaster was its timing, as it happened just 12 days after the release across US cinemas of, The China Syndrome. One of its two reactors has remained operational, but its economic viability is now being questioned. After the Chernobyl nuclear accident in 1986, new US nuclear plant construction has slowed and the industry focused on servicing the existing facilities.

While US economic growth is improving, the electricity market has remained competitive due to competition from cheaper shale gas, while the cost of renewable energies such as wind and solar continue to fall. Six nuclear plants have shut in the last five years. The loss-making, Three Mile Island plant is expected to close in 2019, unless it is given additional government support. The big problem for the plant is that the state of Pennsylvania doesn’t regard nuclear energy as a renewable source.

US shale output is not only challenging the US nuclear power industry. It is creating a real headache for other oil producing nations. OPEC has recently extended its oil production cut to re-balance the oil market, but some believe that a deeper cut may be required to offset the growth of US shale oil, which is forecast to more than counter any OPEC cuts. OPEC’s resolve is being tested. The situation has also been clouded by the fall-out between Saudi Arabia and Qatar.

UK business and consumers face uncertainty as Brexit talks get underway today. UK household disposable income is currently under pressure from rising inflation so lower petrol prices would no doubt be helpful for many.

The US Fed increased interest rates as widely expected. In the UK, political uncertainty was the main concern but weak retail sales and a surprise shift in voting by the interest rate panel at the Bank of England (BoE) unsettled UK consumer facing companies, as did a profit warning from sofa retailer DFS. The more domestically focused FTSE 250 ‘mid cap’ index suffered its worst drop since the days after the Brexit vote. Then supermarkets came under pressure on news that Amazon is to buy Whole Foods in the US for $13.7bn which is likely to cause another seismic shift in the food retail market. The wider market remained solid however, as there was relief that the next stage of the Greek bail out was agreed.

In the wake of the election, companies and MPs have identified an opportunity to change the UK’s negotiating stance on Brexit. Numerous MPs have called for a ‘cross-party’ approach with a view to staying in the single market. British business groups are also seeking to soften the UK’s approach to Brexit particularly in terms of immigration and the single market. In the meantime, PM Theresa May continues to walk a tightrope having told Conservative MPs ‘I will serve as long as you want me’.  Can she keep both the Conservative ‘hard Brexiteers’ and DUP/Conservative ‘soft Brexiteers’ happy? Clearly the Conservatives do not currently have the appetite for a leadership contest or election.  Chancellor Philp Hammond has indicated he wants jobs and the economy to be the first consideration providing the first significant reassurance to businesses.

In the meantime, the Brexit clock is ticking down as highlighted by EU chief negotiator Michel Barnier. ‘Next week, will be three months after the sending of the Article 50 letter. We haven’t negotiated, we haven’t progressed’. Will both sides compromise with a softer Brexit path or will the EU and particularly Angela Merkel play hard ball? She is going to be focused on the German election in September so perhaps we shouldn’t expect rapid progress in discussions? Meanwhile, the Brexit department has seen two of its four ministers depart, which some are reading into as supporting the case for a ‘softer Brexit’.

Chancellor Philip Hammond is also under pressure from fellow Conservative MPs to rein in austerity measures and ‘loosen the purse strings’ in the wake of labour’s election gains. He is reported to have given himself until the Autumn Budget to devise a new strategy with no Summer budget planned.

In the UK, it remains to be seen how consumer and business confidence is impacted by the Brexit discussions. In the meantime, inflation picked up to a four-year high of 2.9% in May which is likely to exert further downward pressure on real household disposable income. Wage growth remains weak at 2.1% in April. Expect plenty of head scratching at the Bank of England (BoE), which must be wondering why a tightening in labour market conditions is not resulting in higher wage pressures. The BoE left interest rates unchanged at 0.25% but there was a surprise shift in voting by the rate setting committee with three of the eight voting for an increase following the inflation data. Previously the vote had been seven-one. The other question for the BoE is going to be the impact of Brexit on consumers as retail sales fell by 1.2% in May as shoppers began to feel the effect of higher inflation.

In Europe, Italy’s anti-establishment Five Star Movement which is neck and neck in opinion polls with the ruling centre-left Democratic party suffered bruising defeats in municipal elections.  Following the recent purchase of Spain’s fourth largest bank Banco Popular by Santander for just €1, focus has turned to the Italian banking sector which also has massive non-performing ‘toxic’ debt. Italy’s finance minister has said a ‘solution’ to rescue two struggling regional banks is close and talks with EU authorities are ‘encouraging’.  The next stage of the Greek bail-out programme ended in relief with a deal that patches over disagreements. The IMF will supply funding for Greece to make some €7bn of loan repayments in July and avoid defaulting.

US retailers reported the biggest decline in sales in 16-months in May partly due to weaker new car sales. The US Fed duly delivered the expected 0.25% interest rate hike and outlined detailed plans for paring back the size of its balance sheet later this year. Fed Chair Janet Yellen reiterated that she expects inflation to return to target but stressed that the Fed was watching low inflation numbers closely after a raft of disappointing readings. The ‘dot plots’ of the Fed’s future interest rate projections were unchanged and imply one more 0.25% interest rate increase this year. The interest rate futures market is currently suggesting just a 45% chance of one more rate hike in 2017.

Chinese monthly economic activity for May was broadly stable with steady growth in industrial production, retail sales and fixed asset investment. The overall picture is of controlled deceleration as the impact of policy tightening is felt.

Saudi Arabia said it intended to cut oil exports to Asia by 300,000 barrels a day in July. However, this was countered by news that OPEC oil production increased in May due to higher output from Nigeria and Libya. The International Energy Agency also forecast that non-OPEC production would grow twice as quickly in 2018 as it would in 2017 driven by US shale output. Brent oil eased back below $48.

Finally, one more sign that the outlook in Europe may be improving. More people are now employed in the eurozone than before the financial crisis nine years ago.