A Swine to Deal With 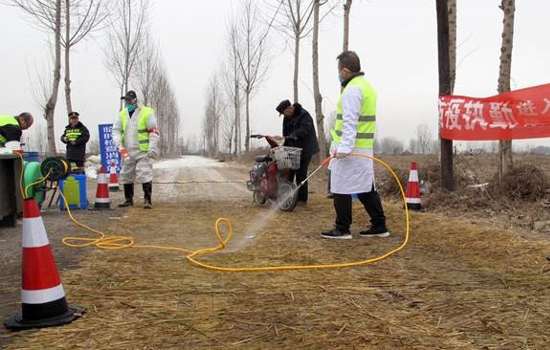 2019 is ‘Year of the Pig’ in China but it is ironic in that the country’s pig population is being decimated by African swine fever. While, not yet a threat to humans, this is a highly contagious virus with no known cure and is currently spreading through Asia killing virtually every pig it infects. African swine flu is starting to send shock waves through the global food chain.

China is the world’s biggest producer and consumer of pork and accounts for more than half of the world’s pig population. Deaths from the disease and culling are likely to cut China’s inventory by more than 100m animals — more than the entire hog/pig inventory in the US.  Beijing is warning that pork prices in China could rise by more than 70% in 2019, which could have a knock-on effect on China’s economy given that pork is an important component of inflation. With Chinese pork production forecast to fall by 30% it could also have implications for global commodity prices and what western consumers have to pay for pork.

China cannot import enough pigs to make up the shortfall and the situation is complicated by the current US and China trade dispute. The previous tariff rate for US pork exports to China was 12% but this has risen to 62% due to President Trump’s trade war.

The head of US meatpacking company Tyson Foods has warned that there is a real threat that African swine fever could enter America for the first time, a nightmare scenario for US pork producers but has also warned that it might spread to beef and poultry as well.

African swine fever can live on for weeks or months in uncooked and unfrozen pork but is not harmful to humans, according to the World Organisation for Animal Health. However, Russia’s chief epidemiologist believes the virus could potentially mutate further given the similarity between human and pig physiology.

Reassuring economic data and earnings from the USA continued to support global markets but nerves are likely to be tested following further tweets by President Trump over the weekend regarding US and China trade talks.

On Sunday President Trump warned that tariffs on $200bn of Chinese goods would rise from 10% to 25% on Friday. ‘The Trade Deal with China continues, but too slowly, as they attempt to renegotiate. No!’. US trade representative Robert Lighthizer accused China of backtracking on commitments in trade talks. He said ‘Over the course of the last week or so we have seen an erosion in commitments by China. That in our view is unacceptable’.  Chinese equities dropped by over 5% on the news. Western markets were more resilient, presumably taking Trump’s threats as a ‘carrot and stick’ negotiating tactic. A Chinese trade delegation is due in Washington on Thursday for a further round of talks.

Besides trade, ongoing American concerns about China and technology security were highlighted by the US State Department warning to the UK that clearing Huawei for any role in the UK’s 5G phone network represents ‘unacceptable risk’. Comments like this reinforce the long-term battle between the two super-powers regardless of a trade deal.

The Westminster Brexit circus rumbles on. Some Conservative Ministers are reported to be worried that the PM is preparing to sign off on a customs union in all but name to secure a Brexit deal. PM Theresa May is to meet Sir Graham Brady amid calls for her to set a firm resignation date. Meanwhile, Jeremy Corbyn has been facing down calls for Labour to back a new Brexit vote. Both the Conservatives and Labour parties then received a wake-up call in the local elections with what appeared a significant protest vote over the handling of Brexit.  To round off a terrible week for the PM, Theresa May fired Defence Secretary Gavin Williamson over the Huawei security breach.

In Europe, the European Commission’s own measure of Eurozone economic sentiment recorded a tenth-straight monthly decline to a new two-year low. The flash estimate of Eurozone economic growth in the first quarter was ahead of expectations at 0.4% helped by Italy, which emerged from recession and Spain. However, Eurozone manufacturing activity indicators for April remained in negative territory led by Germany.

In the USA, consumer spending rose by 0.9% in March supporting last week’s reassuring first quarter economic growth data. The Federal Reserve (Fed) left US interest rates unchanged. Fed Chair Jerome Powell reiterated the familiar view that future actions will be dependent upon economic data and that currently he does not see a reason for either an interest rate cut or a hike.

Given the more recent pick-up in economic data from China following earlier stimulus, it was a slight surprise to the market that Chinese manufacturing activity indicators for April declined slightly although new export orders increased along with imports. Following Trump’s trade tweet and the fall in Chinese equities, the People’s Bank of China announced a phased introduction of further cuts to the reserve requirement ratios for banks to support credit to smaller companies.

Brent oil eased back under $71 on higher US oil inventory data.

Finally, one of the UK’s largest care home groups, Four Seasons Health Care, has gone into administration. According to the BBC News, the group serves about 17,000 residents but employs some 20,000 staff. More staff than customers? A possible contributory factor?