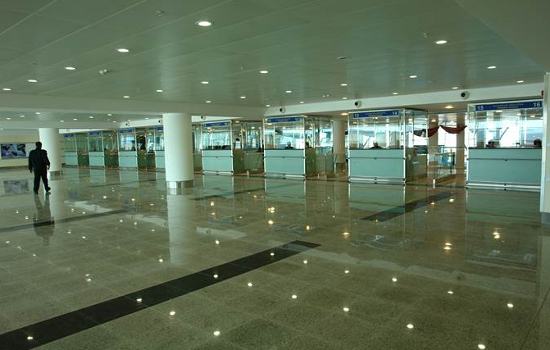 Having a problem with your passport sounds a classic summer holiday crisis. For once, the issue is not related to Brexit, but actually refers to something far more dangerous!

In 2005, the US Congress set NASA a task to identify 90% of near-Earth asteroids of 140 metres in size or larger by 2020. Asteroids of this size are known as ‘problems without passports’ because they are expected to affect whole regions, if they collide with the Earth. Scientists estimate it will take them another 30 years to fulfil the congressional directive.

Could it be a case of ignorance is bliss? Should we really worry?

Well, NASA has just announced that a huge fireball exploded in the Earth’s atmosphere in December 2018. An asteroid exploded with 10 times the energy of the Hiroshima atomic bomb. The blast was the second largest of its kind in 30 years and the biggest since the fireball over Chelyabinsk in Russia six years ago. NASA say a fireball this big is only expected about two or three times every 100 years.

Why are we learning about this only now? The fireball went largely unnoticed because it happened over the Bering Sea, off Russia’s Kamchatka Peninsula. Imagine if this had happened over a densely populated city.

Meanwhile, PM Theresa May is also living on borrowed time. She should expect plenty of fireballs from Parliament given the latest delay to Brexit. With Brexit postponed until 31st October, at the ‘latest’, it has now officially become a horror show!

Another Brexit delay, US and EU trade friction, cautious messages from central banks as well as a warning about the global economy from the IMF, yet global markets seemed to take all this news in their stride.

The IMF described the global economy at a ‘delicate point’ and nudged its growth forecasts down slightly to 3.3% for 2019 and 3.6% for 2020. Risks include trade tariffs, particularly on cars where President Trump is considering possible action against European manufacturers. The US is expected to slow further in 2020, with projected growth of slightly less than 2%. The biggest downgrades were in the EU, specifically Germany and Italy.

US Treasury Secretary Steve Mnuchin told CNBC that the US and China have pretty much agreed on an enforcement mechanism to enable a potential trade deal between them. However, just as markets are looking forward to the US and China settling their trade dispute, there was a renewed outbreak of hostilities between the US and EU over Boeing and Airbus. The US is considering imposing tariffs on $11bn of goods from the EU, although this time seems to be sticking to World Trade Organisation (WTO) rules. The WTO has previously suggested that four European governments have failed to withdraw contested subsidies on large civil aircraft. The US is keen for the WTO arbitrator to make a final ruling on this, no doubt mindful that Boeing is likely to lose market share to Airbus over the Ethiopian 737 Max crash. Potential EU goods under threat from US tariffs include salmon, cheese, cashmere clothing, helicopters and undercarriages for aircraft.

EU leaders have granted the UK a six-month extension to Brexit with a new deadline of 31st October, so avoiding the UK crashing out on 12th April. The UK will be able to leave sooner if MPs vote in favour of the current Withdrawal Agreement, otherwise the UK must hold European elections in May, or leave on 1st June without a deal. PM Theresa May has defied Conservative Brexiteers by pledging to stay on during the first phase of new talks with Brussels. Sterling remained in ‘holding pattern’ at just under $1.31.

In the UK, retail sales for March were slightly distorted by the timing of Easter but revealed weaker spending by consumers on big ticket items. However, economic activity is holding up surprisingly well, despite Brexit. The mild weather in February helped the Construction sector and the UK economy grew by 0.2% in the month.

In Europe, Germany’s trade data for February revealed weaker than expected exports and imports illustrating the challenges facing the Eurozone economy. Mario Draghi, President of the European Central Bank (ECB) seemed even more concerned about the Eurozone growth outlook than at his last press conference and said the ECB will consider if the effect of negative interest rates upon the banking sector will need to be mitigated.

In the US, factory orders in February remained sluggish. The Federal Reserve (Fed) published the minutes of its March meeting which revealed ‘significant uncertainties surrounding the economic outlook’ and signalling that it would be ‘patient’ in assessing whether signs of weak growth in the first quarter would persist. Some Fed members thought it might be appropriate to modestly increase interest rates later this year, but the majority thought the outlook warranted leaving rates unchanged.

Brent oil edged up to $71 with some attention focused on military activity in Libya.

Finally, Debenhams went into pre-pack administration last week, yet another high street victim of the shift to online consumer buying, too much inherited private equity debt and Brexit uncertainty. It floated on the Stock Market in 2006 with a value of £1.7bn!