Put that light out! 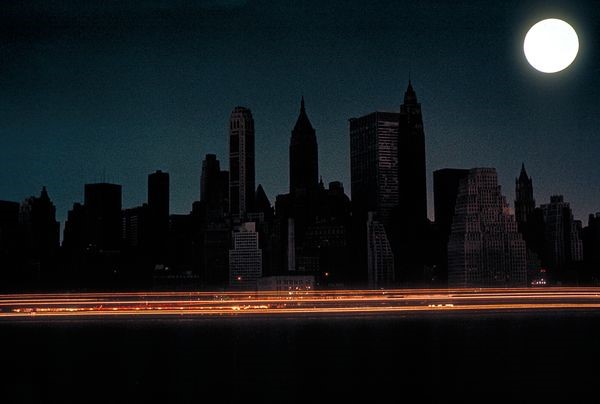 The recent release of the new Dad’s Army film got us thinking about the original BBC series. ‘Put that light out!’ is a classic episode from Dad’s Army but also became the catch phrase, during the ‘black out’, of Captain Mainwaring’s nemesis, air raid warden Hodges, played by the late Bill Pertwee.

Which got us thinking. We did not realise that ‘brownouts’ – a local power outage, could become a key way of life for UK householders in the future. According to press reports, coal fired power station closures and the lowering of subsidies for green energy, together with the fall in oil prices could see a 55% gap in UK electricity supply by 2025. Matters have not been helped by news that French energy supplier EDF has postponed a board meeting to approve the investment in the Hinkley Point nuclear plant due to funding difficulties. (Alpha Bites – No Energy). Similarly, today’s news of the massive Shetland gas plant, could be a rarity as energy companies struggle to cope with falling energy revenues.

No wonder, consumer electronic companies are turning to smart phone technology to allow householders to start controlling their energy devices remotely from their mobiles. To close the ‘energy gap’, not only will we need to consider ways of reducing unnecessary energy consumption, but also examine more efficient ways to use the energy we produce and consider alternative sources of power generation. We see a number of investment opportunities arising as a result.

Could the lights be going out in Europe? The French prime minister recently said that unless Europe gets a grip on the migration crisis ‘the European project can die, not in decades or years but very fast’. One German policymaker when asked to comment about David Cameron’s demands for minor changes in Britain’s relationship with the EU said ‘The European house is burning down and Britain wants to waste time rearranging furniture’. Besides the BREXIT vote, Greece could well require another bail out this summer while in Germany, Angela Merkel, the only person capable of providing some leadership to the EU has seen her authority badly damaged by the migration crisis. In addition, some new socialist governments could attempt to reverse earlier austerity reforms.

Russia is no doubt watching the EU problems with interest in view of the earlier fallout over eastern Ukraine and the imposition of trade sanctions. However, times are also tough for Mr Putin, who, with the Russian economy facing a second year of recession, due to the falling oil price, has announced plans to raise money by selling large state companies such as Aeroflot and Rosneft.

A blueprint for the UK’s future in Europe has been published, setting out plans for an emergency brake on benefits for migrant workers, as well as measures to give national parliaments more power to block EU laws. The draft proposals need to be agreed by all 28 EU members at a Brussels summit on 18/19th February. This would then pave the way for the EU referendum vote towards the end of June. A YouGov poll of UK residents showed 36% in favour of staying in, 45% wanting out but 19% still undecided.

Markets had another volatile week with banks and life assurers particularly weak, reflecting the shift in central bank policy and global growth concerns that could lead to bond defaults. The mood was not helped by the sluggish outlook for global growth which was reflected in a series of lukewarm manufacturing data from the UK, Europe and the USA. Some financial institutions with Hong Kong operations, that sell services into mainland China, were also marked lower on newswire reports of possible capital controls by the Chinese authorities to stem currency outflows from China. The US Dollar weakened on weaker economic data which suggested a possible change in US Fed monetary policy, triggering spikes in a number of Dollar denominated areas such as oil and global miners.

Besides a flight to safety, US bond yields are coming down as markets continue to expect an easing in the US Fed’s previous monetary policy stance. At the start of this year, the market was pricing in over a 90% probability of at least one interest rate hike in 2016. This has now dropped to below 50%. Last week’s move by the Bank of Japan to negative interest rates has further clouded the future. Interestingly the US Fed has asked US banks, in the latest round of stress testing, to see how they would cope in a negative interest rate environment. According to newswire reports, an estimated $7trillion of global government debt is now trading with a negative yield.

The message from central bankers seems to be ‘we have investors backs covered’. In Europe, the ECB is still in full support mode. One council member was quoted in the press as saying that in view of the deterioration since December that ‘everything is on the table’ and that the ECB has ‘no constraint in the use, diversity, or volume of its toolbox as it sees fit’. In the UK, the next interest rate hike looks to have been well and truly delayed, and there is even talk by some city economists of the possibility of a rate cut! In the US, economist are slashing interest rate projections amongst growing talk that the December hike was a policy mistake.

In the UK, activity levels in the housing market continue to revive with mortgage approvals picking up to a four month high while net consumer credit increased to a ten year high. The BoE cuts its 2016 growth forecast for the UK economy from 2.5% to 2.2% and lowered wage growth estimates from 3.75% to 3%.

China set its official economic growth target for 2016 at 6.5% – 7% although global markets get some respite this week with China on New Year holiday.

Oil continued to be volatile, supported by a weaker US Dollar offset by the excess supply issue as hopes faded of a potential deal between OPEC and non- OPEC nations to cut production. Furthermore, an Iranian official was also reported to have said that Iran is targeting exports of 2.3 million barrels of oil a day from April.

Stock markets remain volatile due to a combination of selling by oil based sovereign wealth funds and hedge funds speculating on anything from US Dollar related risk assets to the current zika virus outbreak. As air raid warden Hodges would shout at Mainwaring’s platoon after they had a mishap ‘ruddy hooligans!