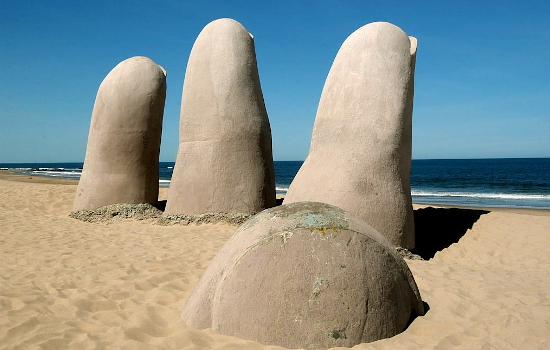 At the start of a new decade, we are again reminded about climate change with the terrible fires in Australia.  Growing numbers of us in developed western countries are concerned about the global climate, while many of those in emerging economies aspire to own what we take for granted. Global population growth is driving greater urbanisation, which in turn is causing environmental damage.

The growth in global construction activity but particularly in China has driven insatiable demand for sand, an essential ingredient of cement. Sand is one of the Earth’s most sought-after natural resources. Sadly, for Middle eastern nations, desert sand is too smooth and fine to make concrete, so the construction industry mainly relies on sand extracted from the sea or river beds. The United Nations Environment Programme estimates that every year enough sand is extracted to build a wall 35 metres high and 35 metres wide stretching around the world.

This demand for construction sand is having a damaging environmental impact. For example, in Asia, the WWF has said that dredging for sand in the Mekong Delta is having a devasting effect upon the region as deposits are not being replenished fast enough by natural sediments from the river’s upper reaches. The river banks are collapsing, half a million people are at risk of losing their homes while the Mekong supports the world’s largest inland fishery, providing a food source for 60 million people which is also threatened.

The new decade is likely to continue to see continued arguments over the Earth’s precious natural resources whether it is sand, water or agricultural land. In developed countries, investors and management teams are likely to focus even more upon environmental, social and corporate governance (ESG), the three factors that measure the sustainability and social impact of an investment. The last decade has seen massive growth in Exchange Traded Funds (ETFs) and ‘passive’ investing. Ethical and ESG investing looks to be the ‘hot’ growth area in the years ahead.

Markets continued to focus upon the Middle East and are hoping that there is no further escalation. Brent oil moved up to $70 at one point and there was a concern that higher fuel prices would start to impact consumers and in turn impact global economic growth. However, Iran did retaliate by carrying out a ballistic missile attack on air bases housing US forces in Iraq. Fortunately, no casualties were reported and President Trump tweeted ‘that all was well’. Given that Iran’s ultimate goal is to drive US forces out of the Middle East, this is unlikely to be the end of the matter. However, the Iranian regime is under pressure after admitting, belatedly that its air defences had shot down the Ukranian passenger jet. Markets appear relieved that neither side wants to escalate the matter further and Brent oil has drifted back below $65.

China’s Vice Premier Liu He is to lead a 10-man delegation to Washington this week according to the Commerce Ministry. This is the first official confirmation from China regarding the signing of a ‘phase one’ trade deal that was first suggested in mid-December. The phase one trade deal is expected to be signed on Wednesday.

While markets wait for the US and China to officially sign the phase one trade deal, the global trade tariff issue was again under the spotlight following comments from the French Economy Minister. He has told the US that if it goes ahead and imposes sanctions against the digital tax that France would retaliate.  The US and France are reported to have given themselves two weeks to resolve the digital tax dispute.

In the UK, the manufacturing activity indicator for December increased slightly but was consistent with economic growth contracting modestly in the fourth quarter. However, the services sector saw a significant upgrade. Order books are expanding at the fastest pace since July, while business optimism has improved to its highest level since late 2018. Sterling weakened towards $1.30 after comments from outgoing Bank of England (BoE) Governor, Mark Carney. He suggested that there could be a ‘relatively prompt response’ from the BoE if it looked like weakness in the UK economy persisted. He also suggested there was scope for the BoE to ‘at least double’ the £60bn stimulus package of August 2016.

In Europe, the manufacturing activity indicator for December was consistent with virtually stagnant fourth quarter economic growth. However, service sector activity increased to a four-month high while business confidence improved to its highest level since May.

In China, over the Christmas period, the People’s Bank of China announced a further stimulus measure by formally ceasing the use of the benchmark lending rate. This should lower the funding cost for Chinese companies.

Brent oil moved up to $70 at one point as the Iraqi parliament passed a non-binding resolution to expel American troops following the US air strike that killed Iranian general Qasem Soleimani in Baghdad. President Trump has threatened sanctions and is demanding billions of dollars from Baghdad if the US is forced to withdraw. Iraq is the second largest oil producer within OPEC. Oil prices drifted back after Iran’s retaliatory missile attack as traders hope that neither side wants to escalate the matter further.

Finally, sticking with the environmentally friendly theme. It’s not all plain sailing when it comes to alternative forms of transport. Chinese start-up Mobike has announced it lost more than 200,000 of its ‘dock less’ bikes in 2019. Have they been re-cycled?