Rumble in the Jungle 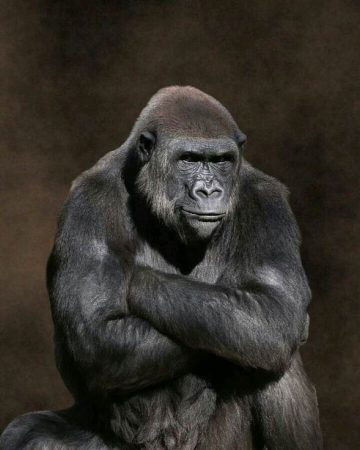 When an 800-pound gorilla has you in its sights, it is time to be worried. Amazon.Com was founded in 1994, but by 2015 had already overtaken the largest US retailer Walmart by market value. It is currently the fourth most valuable public company in the world and largest internet company by revenue. It is the eighth biggest employer in the USA.

Amazon has announced plans to acquire organic food specialist, Whole Foods Market (WFM) for $13.7bn. WFM is a US based supermarket chain exclusively featuring foods without artificial preservatives and has helped shape the market for organic and natural produce in the US. This deal is set to transform the $800bn US grocery market. WFM has a small number of stores in the UK and Amazon already offers a food delivery service in the UK. This is not of sufficient scale yet to worry UK food retailers, but must be wary of this clear signal of intent.,

Amazon has also announced the launch of Prime Wardrobe, a service that will allow shoppers to try on clothing at home, before paying for them. If they keep five or more products they get 20% off the price. This is going to exert further pressure upon the fashion retail sector where we have already seen a massive consumer shift from the high street to online shopping.

Finally, Amazon is to sell Nike products directly for the first time. Not great news one would think for high street sports goods retailers.

We have repeatedly said that investors need to be aware of the risk to many traditional business models from disruptive technology. Watch out there’s a gorilla on the loose!

Ascot and Glastonbury usually heralds the start of Summer and holidays. For Theresa May the start of the Summer parliamentary recess, can’t come soon enough!

Bank of England governor Mark Carney basically said that there was no chance of an interest rate rise however a day later his chief economist said the exact opposite! Meanwhile within the government, Chancellor Philip Hammond emphasised that austerity is not coming to an end anytime soon, as far as he is concerned. He is in favour of a soft Brexit to benefit UK business but the EU Brexit negotiators confirmed that the UK intends to exit the single market and the customs union which is Theresa May and David Davis’s stance. It’s all as clear as mud then!  Reflecting the uncertainty from the conflicting messages, Sterling remained under $1.27.

Meanwhile we had a shorter Queen’s speech than was envisaged by Theresa May before the snap election. The agreement between the Conservatives and the DUP was not made in time. So, the government has presented its legislative programme with no guaranteed majority. According to press rumours, it appears the price the DUP is seeking is an additional £1bn for health and £1bn for infrastructure in Northern Ireland. The problem for the Conservatives is that under the Barnett formula which automatically adjusts public expenditure, this would lead to an increase in funding for Scotland and Wales!

The European Central Bank, in a regular economic bulletin remained positive about the eurozone outlook. ‘Very favourable financing conditions and low interest rates continue to promote a recovery in investment’.

In the USA, Bill Dudley, governor of the New York Fed said he was ‘pleased with the rate hikes so far and was against a pause in the tightening cycle’.

China’s A shares are to be included in a global share index for the first time following three previous failed attempts. Significantly this marks a fairly major landmark for China in as far as integrating into global financial markets.

Oil moved back into a ‘bear market’ following a fall of 20% from its high back in February. Brent dropped below $45 as the market continued to consider whether OPEC production cuts would be enough to counter rising US shale oil output. A lower oil price could however test the viability of some US shale projects.

With wider commodity prices also weak, it would appear that inflationary pressures may be easing. In the UK, this is further assisted by the passing of the 1 year anniversary of the EU referendum, and a large part of the resulting fall in Sterling.

The weekend saw the rescue of 2 Italian banks, with their ‘good assets’ transferred to Intesa Sanpaolo for a token price. In addition to an immediate injection €5bn of tax payer money, the government will offer a further €12bn in additional guarantees, allowing Intesa to maintain its capital ratios. This follows the recent rescue of a Spanish bank, and offers further hope that Europe is finally to get to grips with its troubled banking sector.