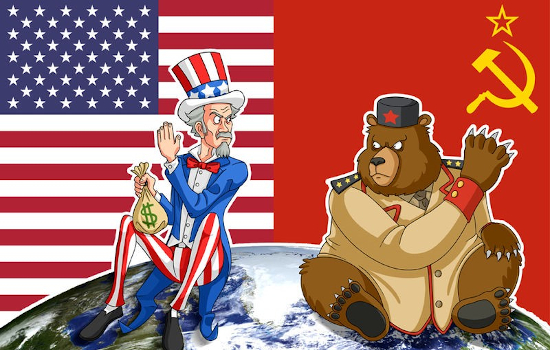 The last major nuclear arms control treaty between Russia and the United States, the New START Treaty, is due to expire in 2021. It limits the number of strategic nuclear warheads the world’s two biggest nuclear powers can deploy.

In a ramping up of its nuclear deterrent, Russia has successfully test-fired an intercontinental ballistic missile from its latest nuclear-powered submarine. The Bulava missile was fired from Russia’s new Prince Vladimir submarine from an underwater position in the White Sea. This news comes amid reports that Russia is also preparing to conduct further tests early next year of its new liquid-fuelled Sarmat missile, commonly referred to as Satan 2. It is far more powerful than the four-decades-old Soviet RS-36M missile it is replacing.

Meanwhile, the US and Russia surveillance flights treaty is under threat. The Open Skies Treaty was signed in 1992 and permits each state to conduct unarmed reconnaissance flights over the other’s entire territory. It is one of the last surviving confidence-building cooperation mechanisms between the US and Russia however, reports suggest that President Tump has already signed a document giving the necessary six-month notice for withdrawal from the treaty. However, withdrawing from the Open Skies treaty would not necessarily leave the United States at a disadvantage. American satellites are developing rapidly and recent estimates put their resolution at ten cm per pixel, undoubtedly much higher than resolutions from film cameras snapped at 35,000 feet.

Former Soviet leader Mikhail Gorbachev has recently warned that current tension between Russia and the West is putting the world in ‘colossal danger’, due to the threat of nuclear weapons.

Russia appears to be ramping up its status as a superpower and entering into a new ‘Cold War’ with the West.

These developments coincide with the general election and the government standing accused of sitting on a report into alleged Russian interference in the UK democratic processes.

US and China trade continues to dictate the path of global markets. After a wobble on Friday, the US market closed at an all-time high after a fifth straight week of gains helped by good third quarter company earnings. Earlier fears about the US economy slipping into recession have also been allayed by economic data such as non-manufacturing activity, while Federal Reserve speakers have remained on-message that the US economy is ‘in a good place’.

There were reports at the start of last week that the White House was considering pushing back tariffs imposed in September which would help meet a key demand from China. In return, China would demonstrate a clearer commitment on US agricultural purchases and bolster protection for intellectual property while there would be also be new rules to deter currency manipulation. China’s Commerce Ministry suggested that Washington and Beijing had agreed to cancel the trade tariffs imposed on each other’s goods ‘in phases’. However, fresh stories circulated that the first phase of the deal might be delayed until December. On Friday, President Trump said he wanted a deal ‘assuming we get it’ to be signed in the US, but suggested that a complete rollback of tariffs was off the table.

While markets are still waiting for the signing of ‘phase one’ of the trade deal, the de-escalation of trade tensions between the US and China would be positive for the global economy. However, ‘phase two’ could be more challenging. In the meantime, trade tariff uncertainty is still affecting many manufacturing driven economies, as reflected in weak European manufacturing activity indicators for October.

In the UK, a general election in addition to Brexit, is creating more uncertainty. Construction activity remained weak in October. New construction orders fell for the seventh straight month in a row with customers delaying new building projects due to economic and political uncertainty. New car sales fell by 6.7% in October as consumers delayed purchases of ‘bigger ticket’ items. Activity in the services sector stabilised in October but new orders continued to weaken. The economic activity indicators across all UK sectors contracted for a third- straight month and suggest the UK economy is contracting by 0.1% in the fourth quarter. The Bank of England (BoE) held interest rates at 0.75% as universally expected, but the vote was 7-2 and it is clear that monetary policy has tilted towards easing in the short term due to Brexit uncertainties and the global trade outlook. Sterling drifted back towards $1.28 on the release BoE’s more dovish tone.

In Europe, manufacturing activity indicators for October recorded the second-lowest reading in seven years. Germany remains a major source of weakness. New orders again fell sharply. The IMF cut its eurozone economic growth forecast for 2019 from 1.3% to 1.2% and lowered growth for both 2020 and 2021 to 1.4%. Meanwhile, the European Commission has reduced its economic growth forecast from 1.2% to 1.1% with growth of 1.2% in 2020 and 2021.

In the US, factory orders dropped more than expected in October but non-manufacturing activity was better than expected.

The People’s Bank of China lowered the interest rate on its medium-term lending facility for the first time since 2016. The Chinese authorities are still undertaking small stimulus measures given softer economic data, due to the trade dispute with the US. Meanwhile, Hong Kong saw a return to violent demonstrations and a protester was shot by a policeman.

Brent oil moved up above $62 on reports that OPEC is considering bigger production cuts, although it is worth considering that Saudi Arabia is currently trying to list a stake in its Aramco oil business and a higher oil price would be supportive.

Finally, according to a report from KPMG, the cost of being a football supporter has climbed 31% since 2014/15. Really dedicated fans will spend £1,888 this season, that’s equivalent to 8% of the average UK take home salary. So, which is the most expensive team to support? …….it’s Arsenal!